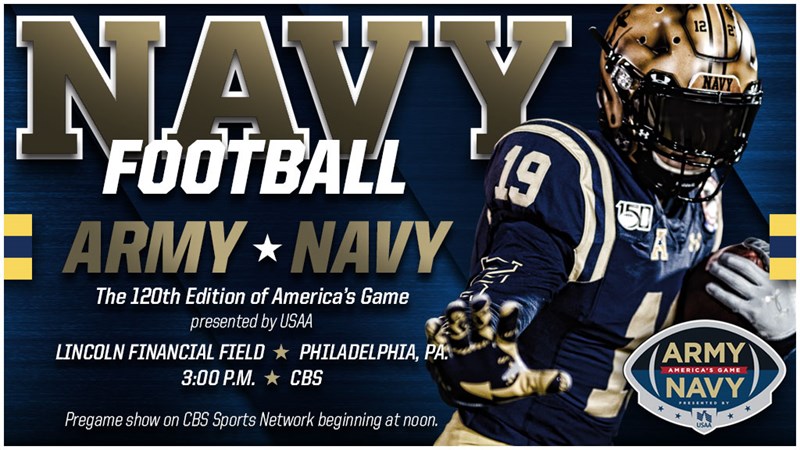 Season Recap: Before the season began, Army, despite needing to fill the shoes of some key players like RB Darnell Woolfolk, the Black Knights seemed like a shoo-in for a bowl, thanks to their independent schedule. What happened in reality was that the challenges of replacing those players, and a tougher-than-expected slate, means that Army is not going to be bowl-eligible with a 5-7 record and only 3 FBS wins.

Hopes for Army continued to be through the roof early when it took Michigan overtime to defeat the Black Knights 24-21, but as the season rolled on teams like Tulane, Hawai’i and Western Kentucky demonstrated that they were no patsies – all three of those opponents will be playing in bowls, while Army struggled to find answers on both offense and defense.

A key issue has been the offensive line, which of course a very critical piece to Army’s specialized triple-option attack. Battling injury all year, they’ve been shuffling different linemen all season. And even with their troubles, they’ve been agonizingly close. Losing to Air Force 17-13 was a game that could easily have gone the other way.

Nonetheless, on the heels of 11 win and 10 win seasons, only a win over their bitter Rivals can really salvage the season.

“The only thing that is fun about this game is winning it,” Army head coach Jeff Monken said this week. “And I will tell you that to be on the losing side of this game is agony. Fortunately, as an assistant and a head coach I haven’t had to experience that a whole lot. I had the good fortune of working for Paul Johnson, who was a tremendous coach and he won all the games that we were a part of in this rivalry and we’ve won the last three. And man I’m going to tell you, there’s no feeling like it when you win this game and there’s no feeling like it when you lose this game.

“There’s a lot of pageantry and there’s a lot of pomp and circumstance that surrounds the game, but really none of it is there for my enjoyment. My enjoyment is all based on our winning that game and when you don’t man it is tough because we pour everything we’ve got into it. You walk around our building and you see the things that say ‘Beat Navy’ 365 days a year. Those are up for a reason. It’s an incredible rivalry.”

Key Player: LB Cole Christiansen said, as he was considering his college choice, “Dad, I’m going to do it. I want to go to West Point. I think it’s the best thing for my life. I think it’s going to give me the best opportunities going forward.” The Suffolk, Virginia native certainly made the right choice for that reason, but along the way he has become a dominant leader for the Black Knights, ranking 13th nationally in total tackles (99) and solo tackles (58). He is looking to be a member of the first Army graduating class in a long time that never lost to Navy.

“I think it would be a tremendous source of pride for our senior class to be able to do that,” Monken said. “As I said, it’s going to be a great challenge.” Season Recap: Before the season began, Navy was the team in this rivalry coming off a brutally disappointing bowlless season. Though they lost a thriller against Army to close the season, it was the Midshipmen’s third consecutive loss to Black Knights.

What a difference a year makes.

Head coach Ken Niumatalolo has engineered a stunning turnaround, guiding the Mids to a 9-2 record, a spot in both the AP and Coaches’ Top 25, a postseason bowl bid to the Liberty Bowl, and a shot at the Commander-In-Chief trophy, which would be for the 16th time in school history and for the 11th time in the last 17 years.

The first step was a self-induced housecleaning.

“There were things I wanted to do, felt I needed to do for a while,” he told John Feinstein of The Washington Post a few weeks ago. “But I had put them off because we were having success, so I didn’t push things as much as I should have pushed. After the Army game [in 2018], I knew it was time.”

Last season, Niumatalolo didn’t seem to have a rhyme or reason as to which QB he would start. Sometimes it would be the timeless Malcom Perry, but sometimes QB Garret Lewis would emerge from the huddle. In last year’s 17-10 win by Army, four different Midshipmen had passing attempts. Niumatalolo said enough.

“It was on me,” Niumatalolo said. “I had been wishy-washy. After the way he played when we started him as a sophomore, I should have been more committed to him as the quarterback, but I wasn’t. . . .

“I told Malcolm, ‘We’re giving you the keys; it’s your team.’ I think that helped with his confidence. Of course, we worry about him getting hurt, but we’ve talked to him about trying not to take too many hits, to think about getting down after he makes that first cut before he gets hit.”

That confidence in Perry is why Navy is talking about Commander-In-Chief trophies and bowls. Navy’s only losses came to nationally-ranked Notre Dame and Cotton Bowl-bound Memphis.

Key Player: It’s definitely QB Malcolm Perry’s team, and he’s definitely has been up to the challenge of being the every-down speed-option QB. He’s leading Navy in rushing and averaging 6.3 yards per carry and scored 19 TDs on the ground. But what’s really impressive is how he’s transformed into a good pass-second player, too, completing over 50% of his passes (not bad for an option QB that rarely throws) for 1,027 yards and 6 TDs.

Fearless Prediction: If this were a regular football game, there would be little reason to pick against Navy. But the nature of this Rivalry is such that a close game, despite the records, is almost always in the offing. Navy has a lot to lose in this game – imagine, for a second, losing this game to have their seniors go winless against their bitter rivals, and losing the CIC trophy to boot. The pressure is going to be immense.

What might do Army in is their patchwork offensive line. If they can pull things together, they might be able to pull off one of the bigger upsets in this Rivalry. If not, though, Navy will finally finish… righting the ship. Navy 24, Army 17