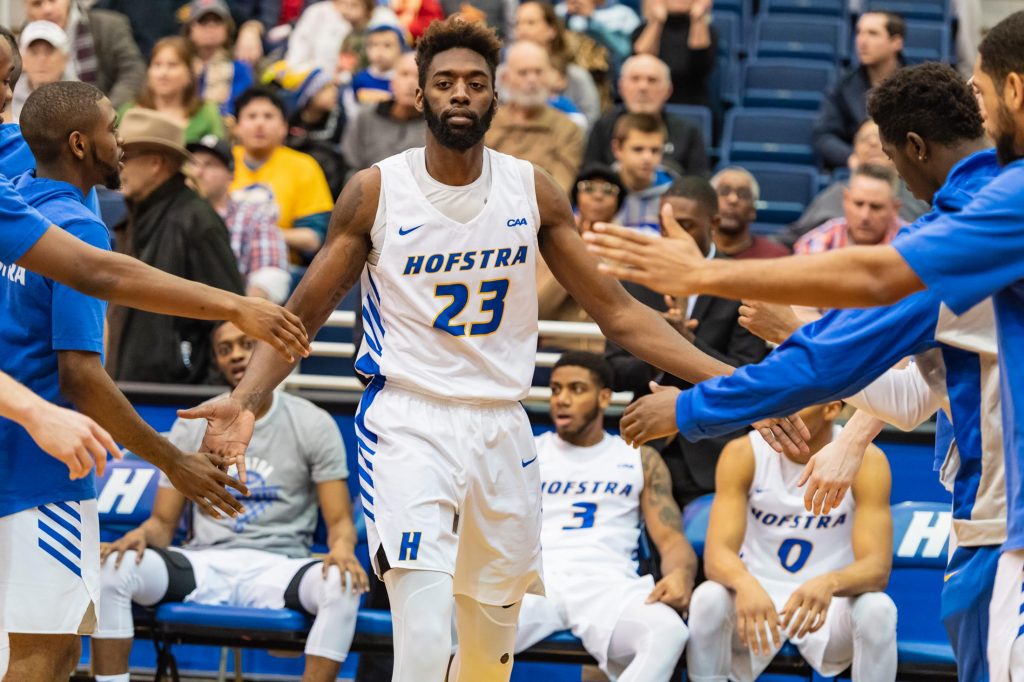 In the college basketball landscape we all know about Duke, North Carolina, Michigan, Tennessee and Kentucky. Some combination of those teams litter the Sweet 16 and Elite 8 every March. But there are always a couple of mid major teams that go on runs and play in the second weekend of the NCAA Tournament.

Here are Five Mid Major Teams that could cause fits for the big boys and make it to the second weekend.

Gonzaga is no stranger to the bright lights of March. Years ago, they were just the underdog who kept knocking off the big boys. Now, the Bulldogs are a yearly powerhouse who is always a threat for the Final Four, reaching the championship game in 2017 before falling to North Carolina. This year, the Bulldogs currently sit at #5 in the country and hold a win over Duke on their resume. Their two losses came back to back in December to #3 Tennessee and #13 North Carolina. The Bulldogs, with John Stockton most likely in the stands, will be a top two seed in the tournament this year and a favorite for the Elite Eight or better.

Buffalo has the ability to score the ball with anyone in the country. The question is will they be able to get the big stop when they need it in a tournament game. SO far that answer has been a resounding yes. The only loss on the Bulls resume is to #15 Marquette. Buffalo has knocked off West Virginia, Syracuse and another strong Mid Major team, San Francisco. The moment won’t be too big for Buffalo and head coach Nate Oats, who will attract a lot of attention with a long tournament run this year. Few would be surprised to see the Bulls playing with a shot at the Elite Eight or even putting on the ultimate glass slipper and making the Final Four Nevada won their first 14 games of the season before falling on the road at New Mexico last week in a blowout loss. The Wolfpack had gotten as high as #6 before the loss and now sit at #10. The blowout loss gives some pause to how they may perform in the tournament but this is still an excellent basketball team. In the past Nevada has seemed to be a team that gets picked to make a run and then falls flat like they did in the New Mexico game. This seems to be the most complete team that Nevada has assembled and looks ready to make a big tournament run. Murray State isn’t going to sell a lot of tickets in the tournament. But for one reason, they have one of the premier scorers in the country Ja Morant. There is always a team that makes a run on the back of an elite scorer. The choice for this spot came down to Murray State (Morant) or South Dakota State (Mike Daum). Morant seems to be the one that can drag the team to win over Daum, but its close. Morant is averaging 23 points and 6 rebounds a game and is being spoken about as an NBA prospect for the upcoming draft. If he gets right at the hot time, Murray State can Race their way into the Sweet Sixteen.

San Francisco is kind the way under the radar long shot second weekend call here. They are used to playing in big games over the last few years while playing in the same conference with Gonzaga and Saint Marys. The Dons wont be scared or intimidated as a 13 or 14 seed against a power five team. There are usually a couple power five teams that get over seeded based on their name along. If one of them matches up with San Francisco, the Dons have a great shot to move on to the Sweet Sixteen.

March will be here before you know it. Don’t be surprised when some of these teams knock off a college basketball blue blood and end someone’s dream season.