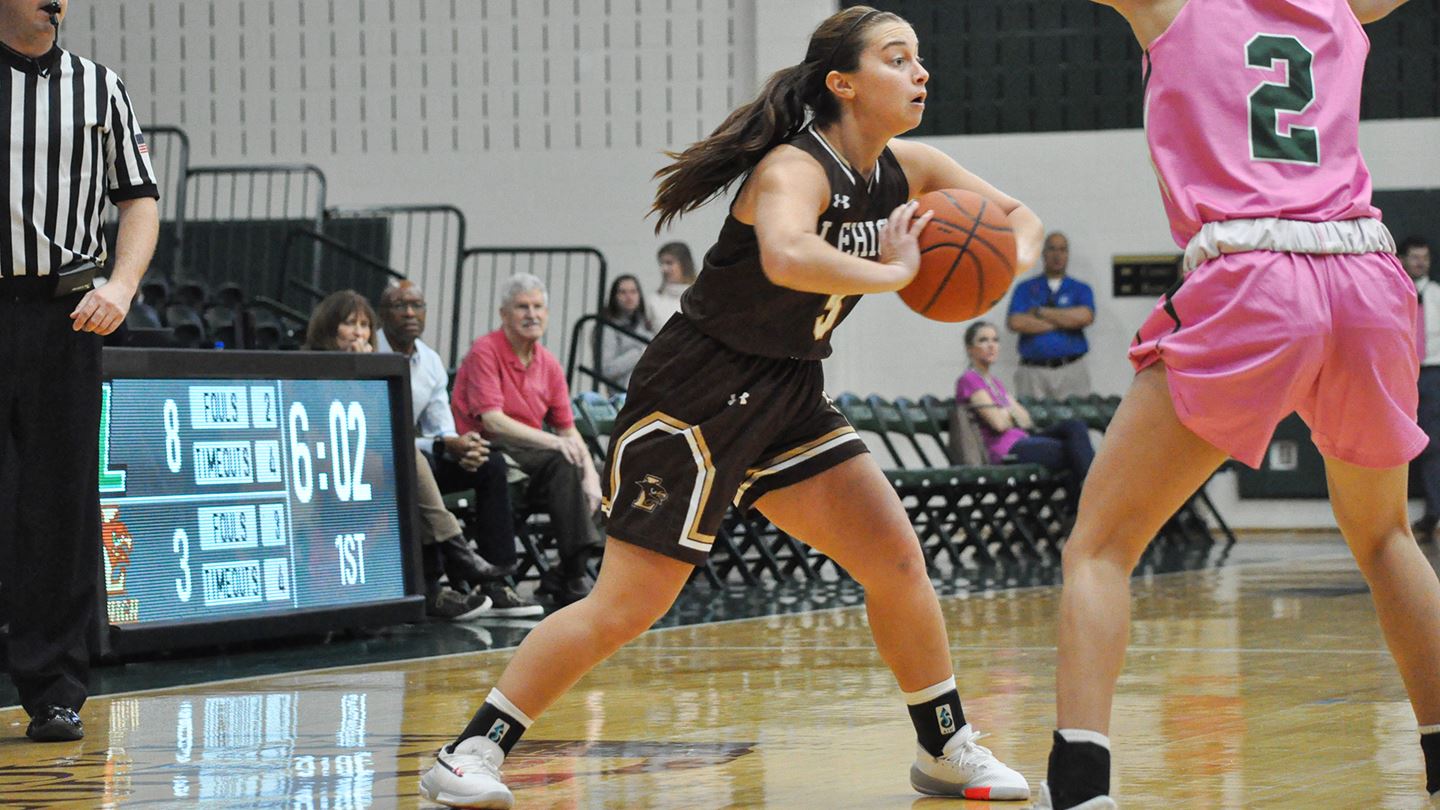 Three teams sit atop the standings at 2-0 in league play: Holy Cross, Bucknell, and Lehigh. The Crusaders enjoyed a 3-0 week, beating Stetson on Monday before handling Loyola (MD) 64-56 on Wednesday and Navy 58-49 on Saturday. Bucknell smothered Army-West Point 63-52 and lafayette 50-36.

Lehigh, meanwhile, played a thriller in Maryland with a last-second win over the Greyhounds 55-53, in a game that featured seven lead changes and 11 ties.

A trio of Patriot League women’s basketball players were named to the 15-player Her Hoop Stats Mid-Major Player of the Year Watch List, announced on Monday. The three student-athletes include; Colgate senior guard Rachel Thompson, Lafayette junior forward Natalie Kucowski and Loyola Maryland senior guard Stephanie Karcz. To be eligible for the award, players must compete in one of the 25 conferences considered as “mid-major”. Players are selected based on their on-court production for the 2019-20 season. Ten semifinalists will be announced on Monday, Feb. 3, followed by the winner being revealed on Wednesday, April 1. 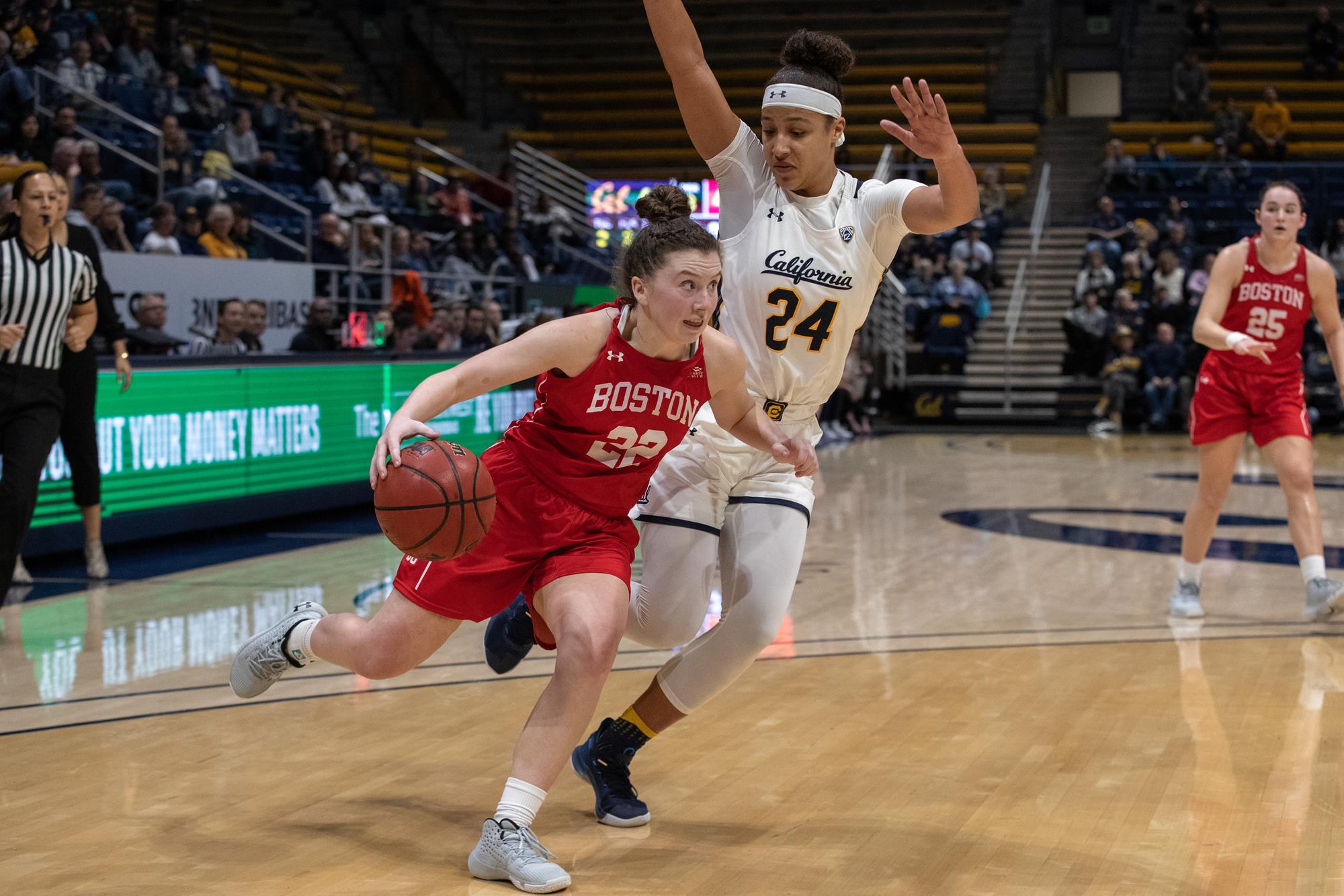 BU: The Terriers are paced by three time freshman of the week G Maggie Pina, who went 50% shooting from the floor against Lafayette on her way to scoring 26 points, much of it from 3 point land. BU will be looking to do what they did last year against Lehigh – sweep the regular season series.

Pina will team up with G Katie Nelson (14.2 ppg) and F Nia Irving (5.9 rpg) to pace BU, though Irving missed her last start vs. American. Defense is also BU’s calling card – in a win against American, the Terriers held the Eagles to just 26% shooting.

Lehigh: The Mountain Hawks are gunning for their eight straight regular-season win in a row on Wednesday. Lehigh won their last five regular season Patriot League contests and are 2-0 currently in the 2019-2020 season.

Lehigh relies on a balanced attack offensively, but all eyes will be on G Camryn Buhr (13.2 ppg, 7 rpg. 31 assists) and F Cameryn Benz (9.7 ppg, 6.4 rpg), the heroes of last Saturday’s thriller at Loyola (MD). Buhr found Benz under the basket with 1 1/2 seconds left for the game-winning basket.

BUCKNELL: Bucknell is off to a 2-0 start in Patriot League play for a second time in four seasons after Sunday’s 50-36 victory over Lafayette. The Bison have now won seven of their last eight games and have a ferocious defense, who held Lafayette to only 36 points last week.

F Ellie Mack reached double-figures for an 11th time this season with her 19 points scored against Lafayette. Mack is now three points shy of 800 for her career. She also hauled in her 400th career rebound last game. Mack scored 32 points over two games with Navy last season.

F Tessa Brugler is the Patriot League’s current leader in free throw percentage (83%). Brugler leads a group of four Bison shooting .800 or better from the charity stripe. The team’s .749 percentage at the line is also best in the league.

HOLY CROSS: The Crusaders’ great start has been helped out by the stellar play of F Lauren Manis. She helped lead the Crusaders to a 3-0 week, with wins at Stetson on Dec. 30, Loyola (Md.) on Jan. 2 and Navy on Jan. 4. Over the course of the week, she averaged 14 points and 13 rebounds per game, while also contributing eight assists, four steals and three blocks.

This season, Holy Cross is shooting 43.8 percent from 3-point range, leading all teams in Division I. Along with Manis, G Madalyn Smith has been red-hot from 3 point land, shooting 42.6% on the season and averaging 8.9 points per game.