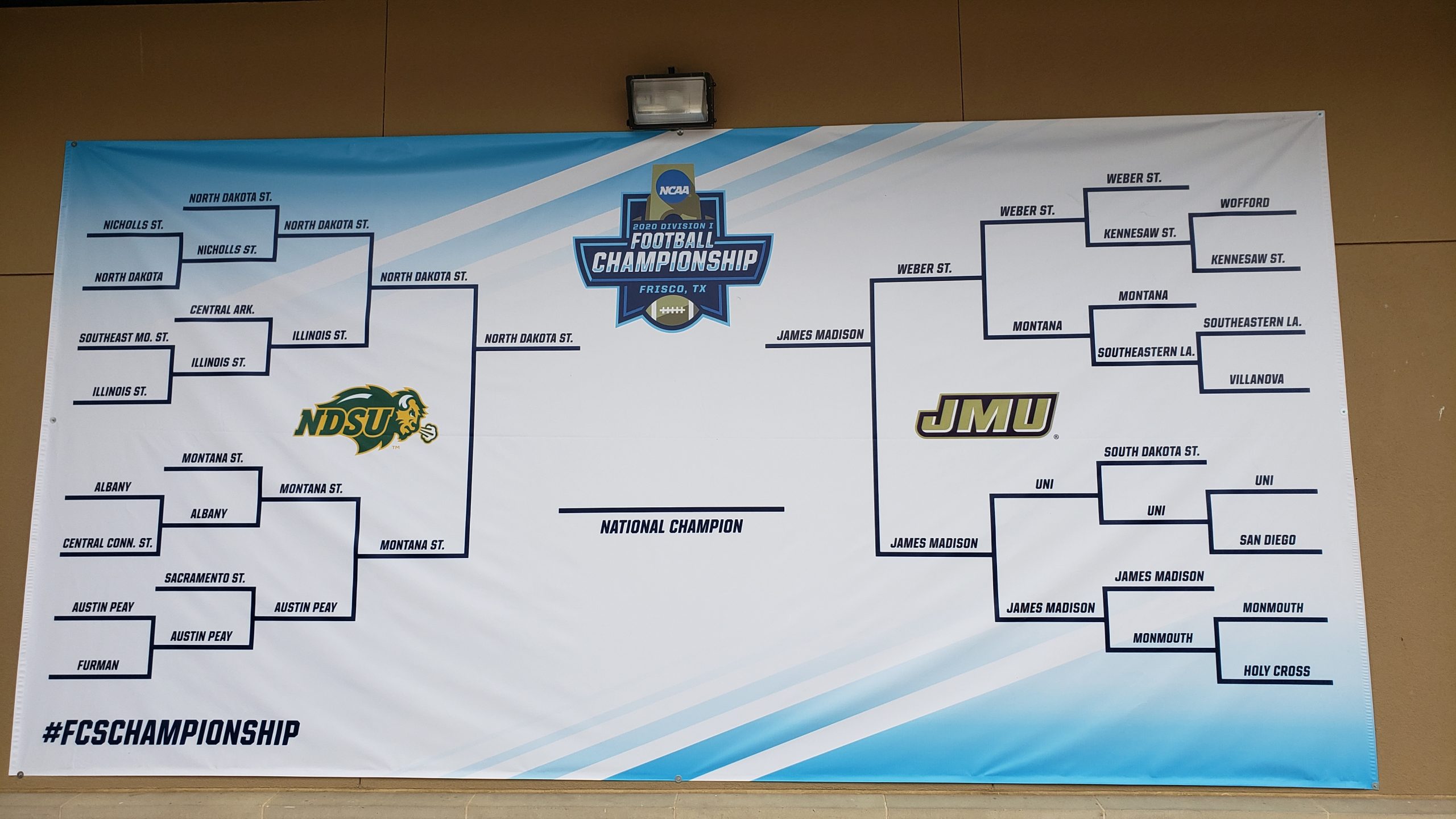 Here are some photos taken as the field crew prepares the Toyota Stadium field in Frisco, Texas to be ready for the championship for the 2020 Division I FCS National Title game. Both teams had a chance to take team photos and players and coaches had a chance to meet the media on the field.

The weather was rainy today and expected this way until Saturday’s game day. The temperatures are mild, however, in the upper 60s. That is supposed to change for game day where temperatures might dip to the upper 30s to low 40s. 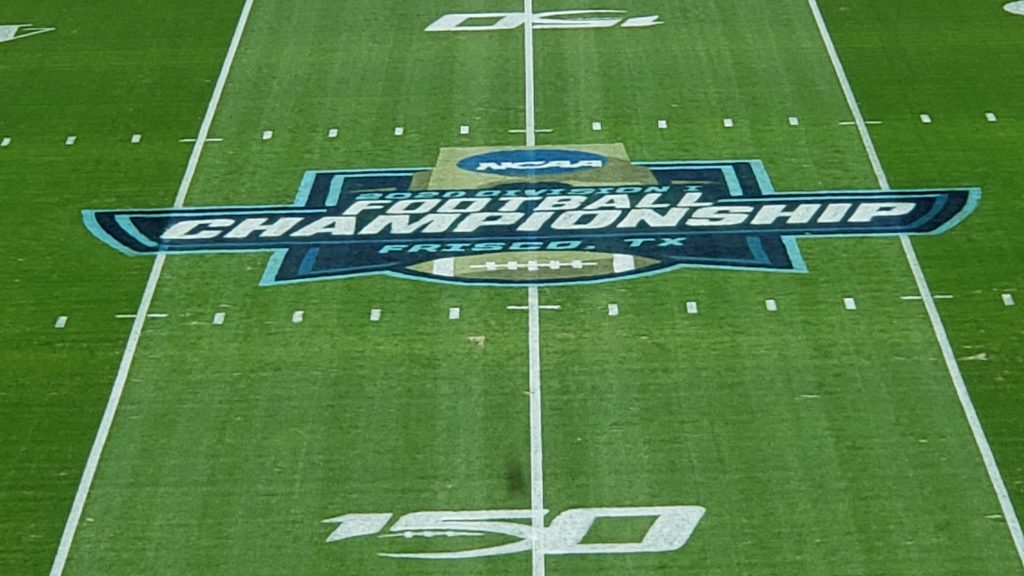 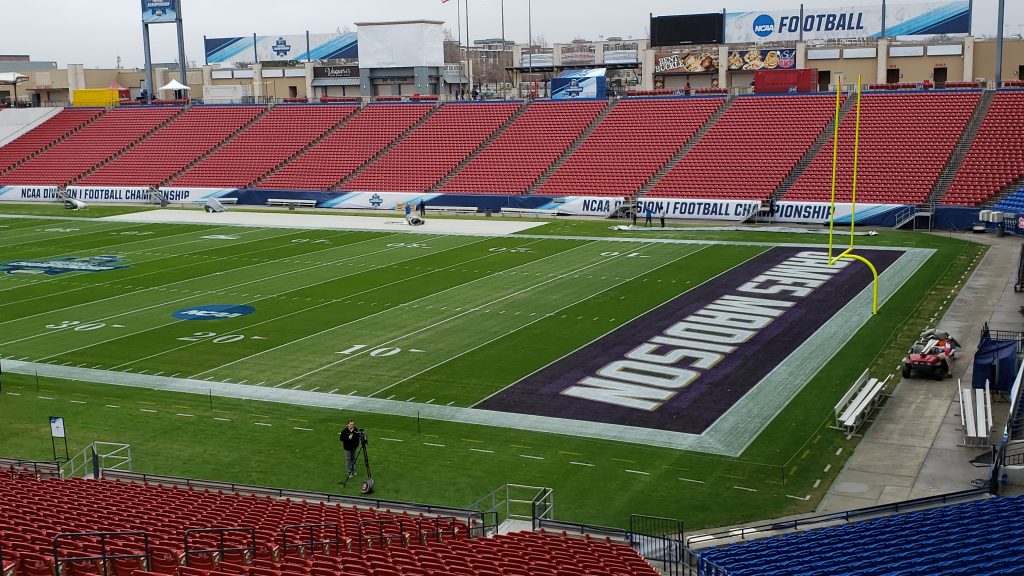 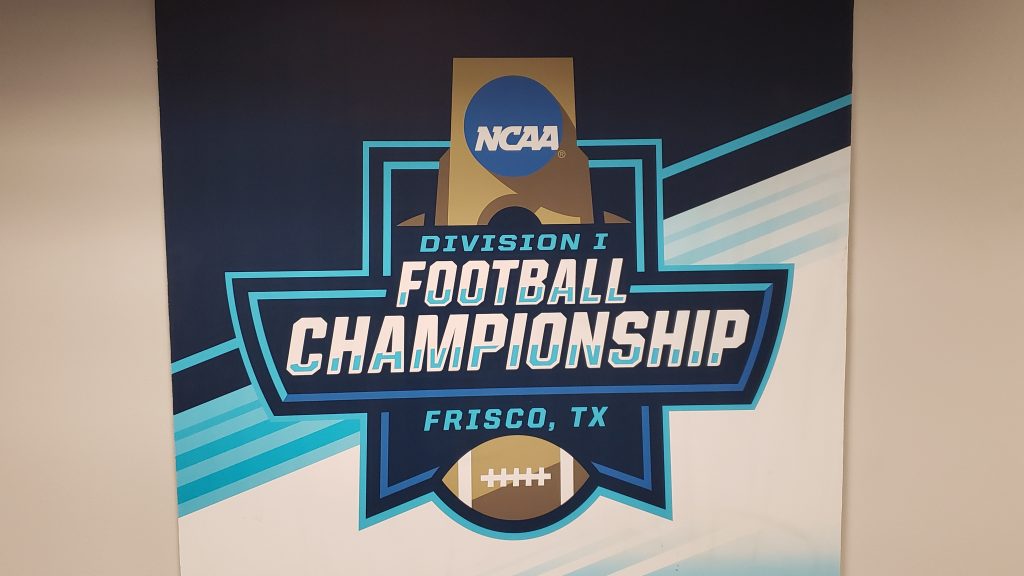 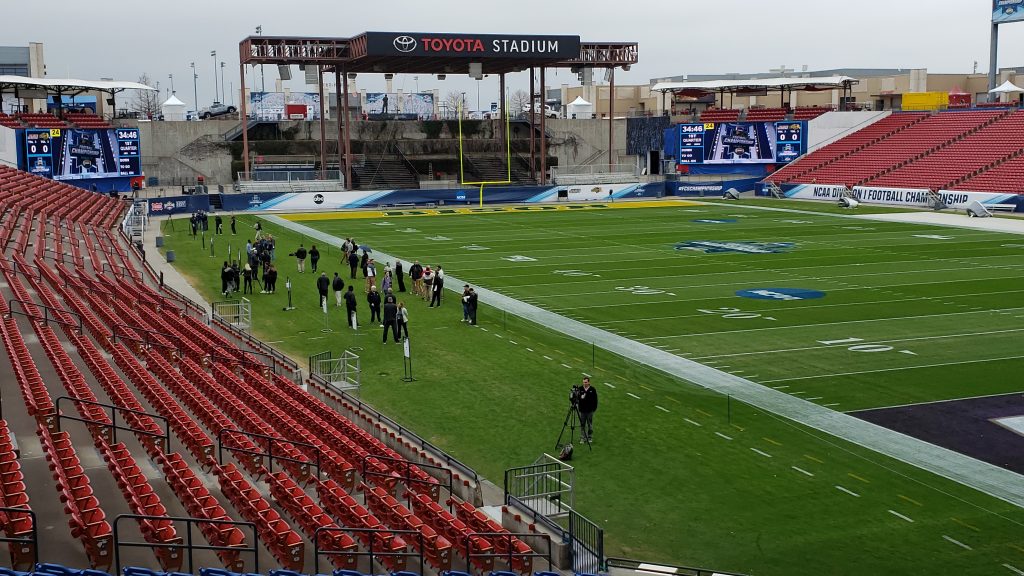 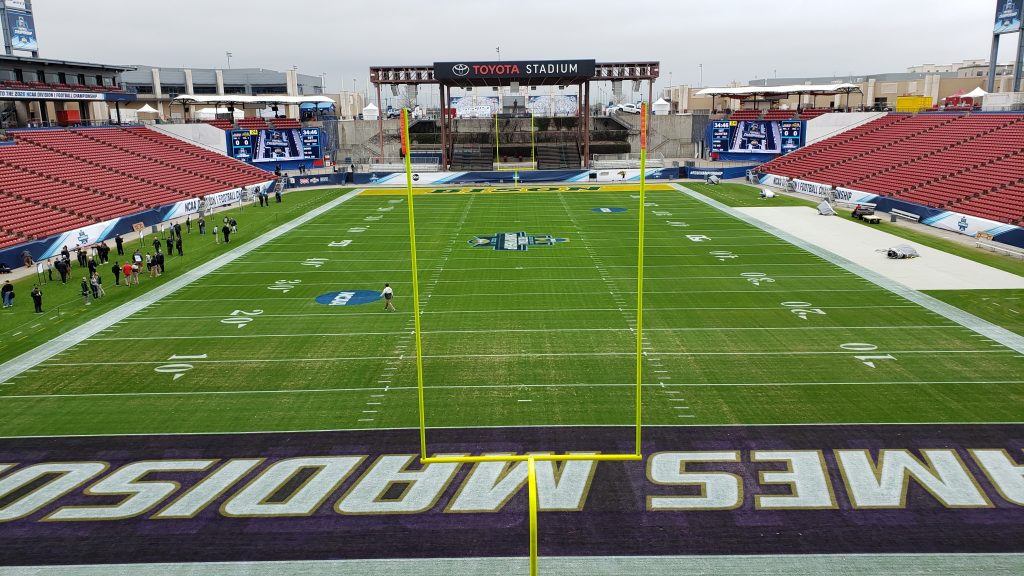 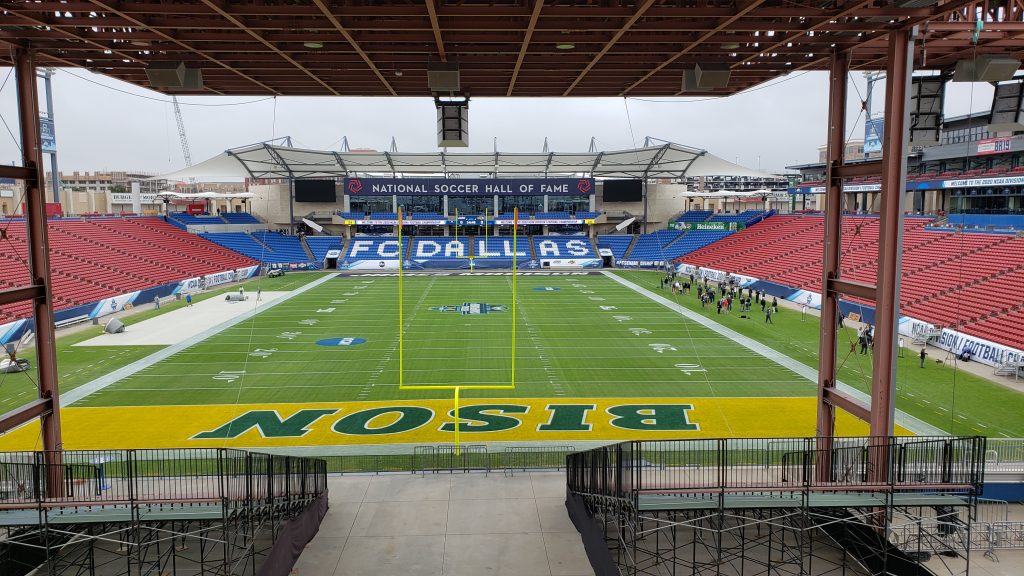 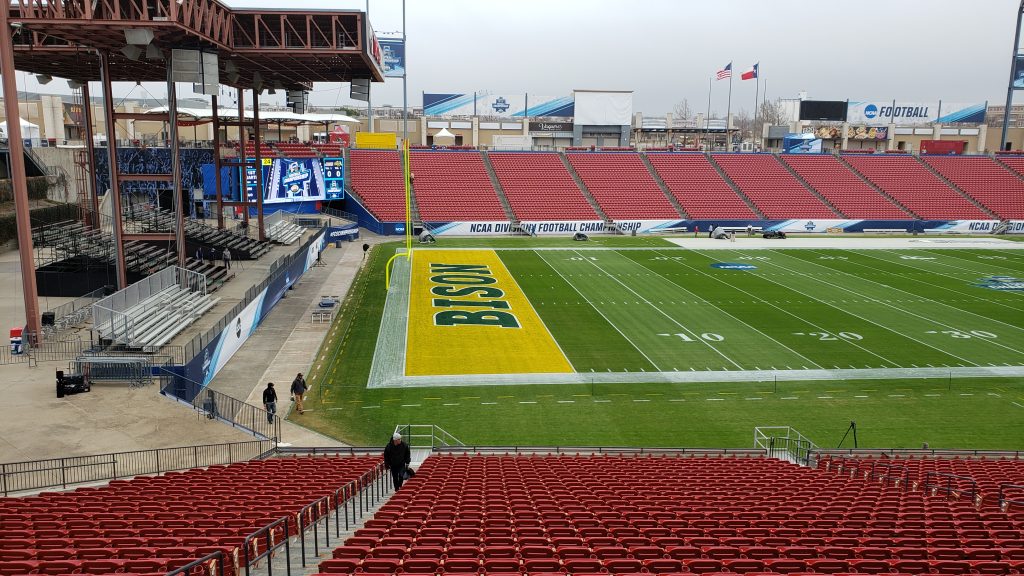 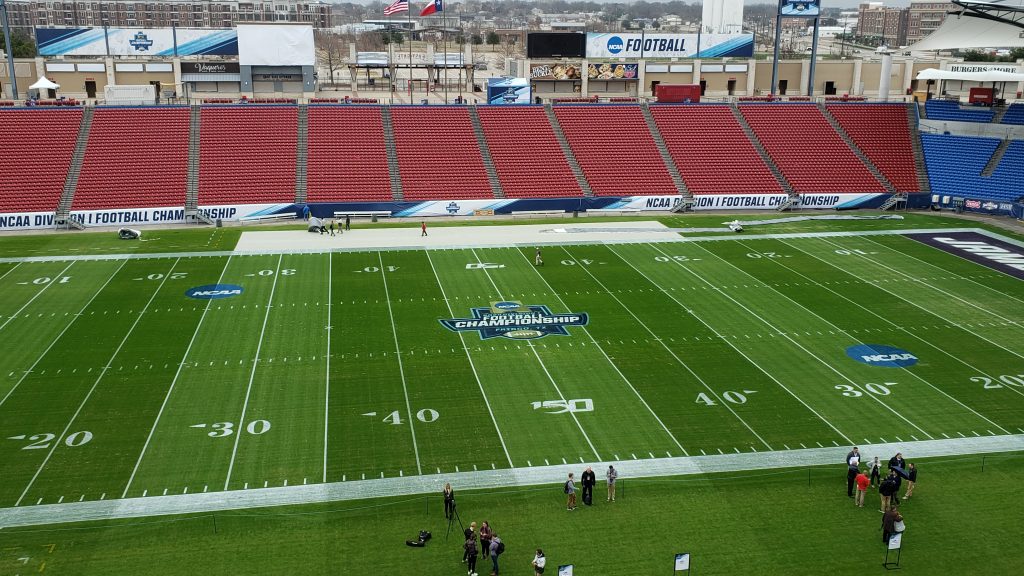 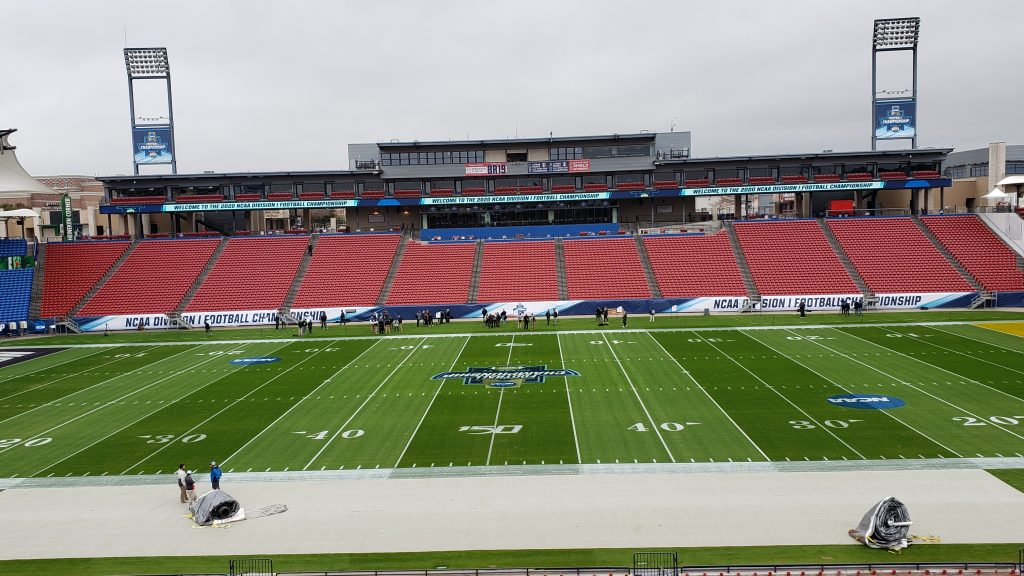