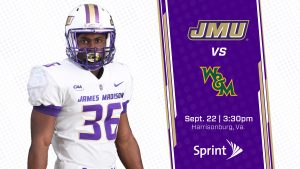 Since 1980, Jimmye Laycock has patrolled the William & Mary sideline as the head football coach. In August, Laycock announced the 2018 season would be his last on the sideline. In his career, Laycock has compiled a 246-190-2 record.

His impact is not just felt on the field. The players that come to him as wide eyed 18 year olds leave as men, ready for the world in front of them in or out of the game of football. Laycock is a William & Mary man through and through. He played for the Tribe graduating in 1970. He played quarterback for a couple of coaching legends, Lou Holtz and Marv Levy. Under Laycock, the Tribe have won 5 conference championships and made it to the semifinals of the FCS (previously IAA) playoffs twice.

There have been quite a few NFL players under Laycock, but the real influence he has on the NFL is with coaches. Sean McDermott of the Buffalo Bills and Mike Tomlin of the Pittsburgh Steelers each played their college football for Jimmye Laycock. McDermott and Dan Quinn of the Atlanta Falcons also coached under Laycock.

This weekend, Coach Laycock makes his final appearance at James Madison as Tribe head coach. In his career, Laycock is 15-23 against the Dukes. Early in the rivalry, the Tribe dominated the head to head matchups. Only recently has James Madison been the dominant team.

The most memorable game between the two took place at Zable Stadium in the IAA semifinals in 2004. THe game was slated to be played at night, so lighting trucks had to be brought in to provide lights for the primetime ESPN broadcast. The Tribe, led by quarterback Lang Campbell, were the number one team in the country having defeated James Madison in Harrisonburg a month earlier. James Madison would ultimately win that game and go on to win the National Championship. It’s the closest Laycock ever got to the top of the mountain.

As a James Madison graduate, I wish Coach Laycock nothing but the best in his retirement. It has been a pleasure to watch our two schools play against each other over the last 20 years. He is a classy, great coach and should always be thought of in that manner.

This season the Tribe have started out 1-1 with a win against Bucknell and a loss against FBS Virginia Tech. They were slated to start CAA play last week against Elon but Hurricane Florence forced the cancellation of that game and it will not be replayed. This weeks game against the number 2 team in the FCS will be a tall task for the Tribe. But it will give themselves something to measure up against to see how much they have or have not improved over 2017.

Key Player: QB Shon Mitchell was given the reins to the offense this year after getting into three games as a freshman. Mitchell has been able to utilize receiver DeVonte Deadmon so far this year. Deadmon missed all but the first game of the season last year with an injury. To this point. Mitchell has found Deadmon nine times for 221 yards and two touchdowns. Mitchell has to protect the ball better than the Tribe has so far. They have four turnovers in two games. That is a bad recipe against a James Madison defense that thrives on creating turnovers. This could be a long game for Mitchell, but he should be able to take lessons from this game and apply them and continue to improve his game.

Fantasy Bonus Baby: WR Deandre Dedmon or RB Albert Funderburke. Pick your poison against James Madison. They don’t give up much in the run game or the pass game. There is a strong chance that Deandre Dedmon will matchup against All American cornerback Jimmy Moreland. But Mitchell will target Dedmon many times either way so he should be able to compile decent numbers. The Dukes don’t give up much on the ground, but they do occasionally give up the big run once or twice a game. Funderburke is the most likely candidate for the Tribe to break that big run.

James Madison is hoping to just have a normal game week this week after playing one quarter against Nicholls State and moving their game against Robert Morris from Saturday to Thursday. The move didn’t hurt the Dukes as they steamrolled Robert Morris to the tune of a 52-0 halftime lead and 73-7 final score. This week the Dukes open CAA play in hopes of taking home their fourth straight CAA title and third straight outright title. James Madison has been led by quarterback Ben DiNucci through the first three games this season. Against Robert Morris, DiNucci accounted for five first half touchdowns before watching Cole Johnson play the second half. The Dukes feature a balanced running attack where they work in five running backs plus DiNucci. THe Dukes have yet to really take deep shots in the pass game, but Riley Stapleton has been DiNucci’s top target so far this year. When the Dukes go to the pass, DiNucci has been very accurate, completing 76% of his passes so far this season.

Key Player: DE Darrious Carter was suspended for the first three games of the season for undisclosed violation of the team rules. Getting him back makes the Dukes defense that much better. Carter had 8.5 sacks last season and will be counted on in an even bigger role on the field in 2018. With Carter disrupting quarterbacks in the backfield, that should lead to more interception opportunities for the strong JMU secondary.

Fantasy Bonus Baby: QB Ben DiNucci has thrown for 393 yards and four touchdowns and has run for 185 yards and three touchdowns. DiNucci has made smart plays with the ball and has not turned it over. To this point, the Dukes have not really opened up the pass game with deep throws as much of the passing game has been underneath in the flats and to the sidelines. Against a weaker William and Mary team, DiNucci has a chance to run for 100 yards and throw for 250. You can also expect him to be responsible for a minimum of four touchdowns.

Fearless Prediction: These two teams are at opposite ends of the CAA spectrum. William & Mary is hoping to show improvement and move up the ladder. James Madison is looking for a third straight trip to the National Championship game in Frisco, TX. Don’t over think this one. James Madison 55, William & Mary 10.