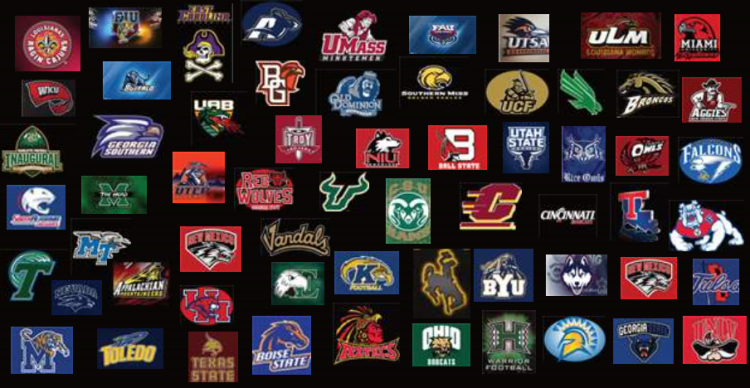 This week, all Top 25 teams ranked in the CSJ Sagarin Top 25 within the Group of Five are in action and as luck has it there are four intriguing match-ups pitting two Top 25 against each other.

Also, this week the Thursday and and Friday games will be a big spot light for the Group of Five with six match-ups on national television. The following are the games on the ESPN networks and the CBS Sports Network with the Memphis at Houston game pitting two Top 25 teams:

Here are the four game’s coach’s pregame teleconferences, along with #2 ranked USF. My picks for all Top 25 ranked teams games are below this.

Here are my picks for all the Top 25 games. My picks are in BOLD.