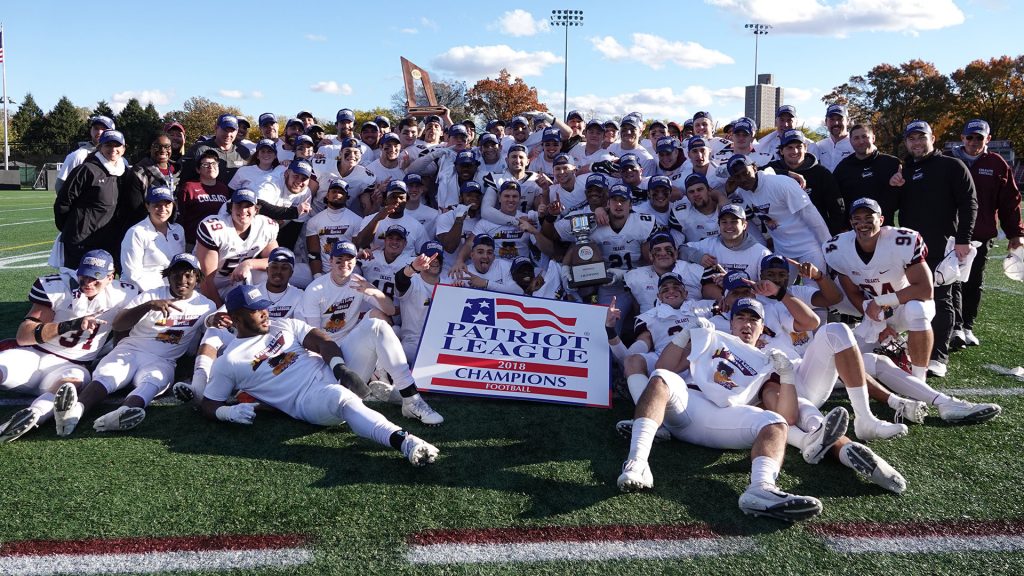 This week, we saw two FCS football programs punch their ticket for the FCS Playoffs.

To few people’s surprise, undefeated 9-0 (6-0) North Dakota State made what was formally assumed now for weeks, clinching their autobid to the FCS playoffs with a bitterly-fought 17-7 win over Youngstown State.

To even fewer people’s surprise, undefeated 8-0 (5-0) Colgate also resoundingly made sure they were headed back to the FCS playoffs with a 41-0 win over Fordham, their third consecutive shutout and their seventh straight game not allowing a touchdown.

The question is, who will the other twenty-two teams be?

Absolutely nothing is settled in a multitude of conferences, including the CAA, Southland and SoCon, where it feels like almost the entire conference is alive for the postseason. Who are the frontrunners, and who will fall just short?

After the FCS Playoff committee released their Top 10 teams last week, we have an extra data point to determine our seedings. James Madison’s upset loss will undoubtedly drop them in the seedings. They were initially seeded No. 2.

For the record, I do not agree with the FCS Playoff Committee that Kennesaw State should be sixth. I feel they are certainly a Top 5 team and should be ranked ahead of every Big Sky team, including UC Davis. I also feel that, at most, there should be two Big Sky teams as seeds. But I have to switch my seedings to what I think the Committee will select.

Monmouth of the Big South and North Carolina A&T of the MEAC are the most interesting inclusions.

I feel like an 8-3 Monmouth, with no big quality wins but a loss to and FBS team and (potential) losses to two of the FCS’ best teams, is very close to making it in the field. But their resume is just barely not good enough to make it just yet.

And a North Carolina A&T team that wins the rest of their games, yet still finishes behind Florida A&M for the MEAC title (and slot in the Celebration Bowl), has to be a strong candidate for an at-large bid, thanks to their win over Jacksonville State to begin the season.