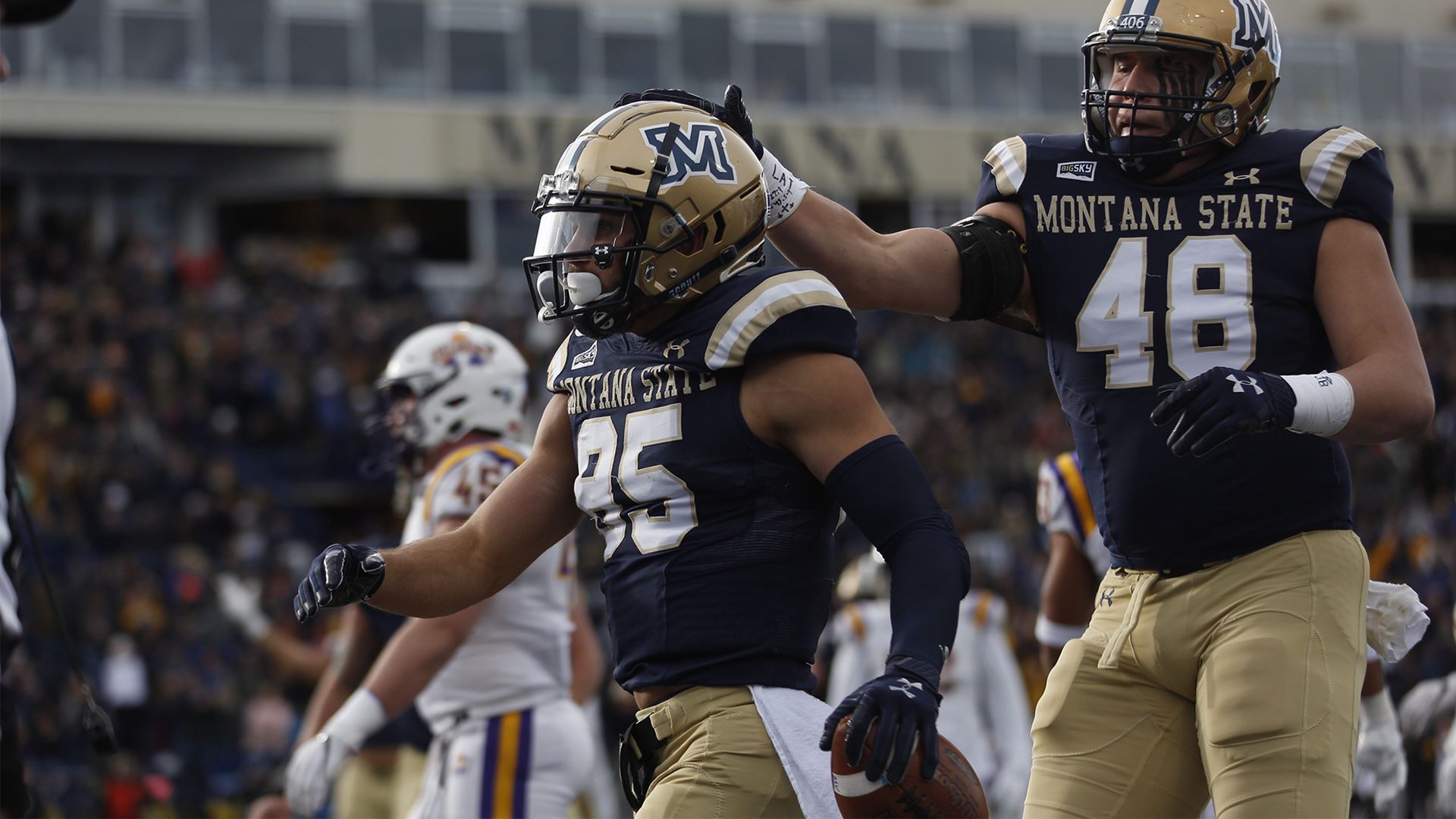 Montana State used a balanced offense and solid defense to easily defeat Albany 47-21 in their second round matchup in the FCS playoffs. Even though Albany did get the scoring starting on an excellent 58 yard pitch and catch from Jeff Undercuffler to Juwan Green, From there, it was all Bobcats.

Montana State would go on to score the next 47 points before Albany added a couple of late touchdowns to provide the final margin.

On their opening drive, Green made a highlight-reel grab of a ball over a Montana State defender, then found a split-second opening in the secondary for a thrilling big play touchdown.

Montana State is usually a team who does most of their damage on offense with a grinding ground game. In that sense, this game was true to form, with the Bobcats running for 203 yards and three touchdowns. However, the Bobcats also got excellent contributions from QB Tucker Rovig in the passing game, throwing for 279 yards and 3 touchdowns on 24-for-30 passing.

Special teams and defense too were a highlight for the Bobcats. A blocked punt by Isaiah Ifanse resulted in a safety, and two interceptions by Damien Washington were a huge factor in Montana State being up 26-7 at halftime.

🎥🏈: A big win led by our playmakers as we scored 47 unanswered points in a Round 2 playoff game. #GoCatsGo | #WinBig pic.twitter.com/wXGUs9Aptg

Mixing in the pass and run, Montana State kept Albany off balance all game. The Bobcats controlled the clock as well, possessing the ball for nearly 34 minutes.

“Congratulations to Montana State for playing a great football game,” Albany head football coach Greg Gattuso said afterwards. “I have to take off my hat to them and their fans, they really brought the energy. From our end, I think the kicking game got us into a bit of trouble. The blocked punt began to swing the momentum. Defensively, we battled the entire game. Our guys gave us a shot to close the gap before halftime but in the end, we just couldn’t push through. At the end of the day, I just love this football team. I am extremely proud of them and what they have done this year. We are building something special here at UAlbany and these guys are a huge part of that.”

Bobcat WR Lance McCutcheon snagged two touchdown receptions of 49 and 42 yards during the third quarter as MSU went into the final 15 minutes up 40-7.

“That’s playoff football,” Montana State head coach Jeff Choate said. “You got to be a complete team if you’re going to be one of the better teams in the country.”

With the loss, Jeff Undercuffler finished the season leading the FCS with 41 touchdowns passes. People forget that Undercuffler is just a freshman. We will be seeing much more of him over the next three years.