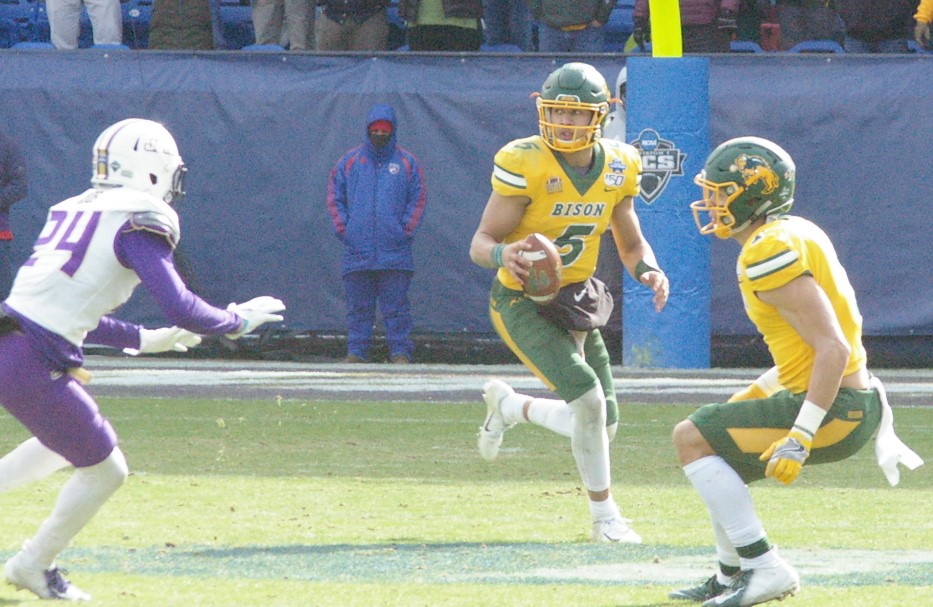 With the win, NDSU completed its second consecutive undefeated campaign and continued its dominance by winning its eighth national title in the past nine seasons and third in a row.

“It probably won’t sink in for a couple days yet,” said NDSU head coach Matt Entz. “Maybe on the flight home. I know it will feel more real the minute I walk through these doors and go into the locker room and see those guys.”

On the other side, James Madison (14-2) lost to North Dakota State (16-0) in the National Championship Game for the second time in three years.

The Bison are the sixth FCS team to go undefeated en route to a national title. NDSU also had perfect seasons in 2013 and 2018. The eight national titles extend their own FCS record. Georgia Southern has the second most FCS crowns with six.

The 16-wins are the most by any college football team in a season since Yale also won 16 in 1894.

The day after NDSU quarterback Trey Lance became the first freshman to win the Walter Payton Award, he led the Bison to victory thanks largely to his legs.

But the game did not start out this way. 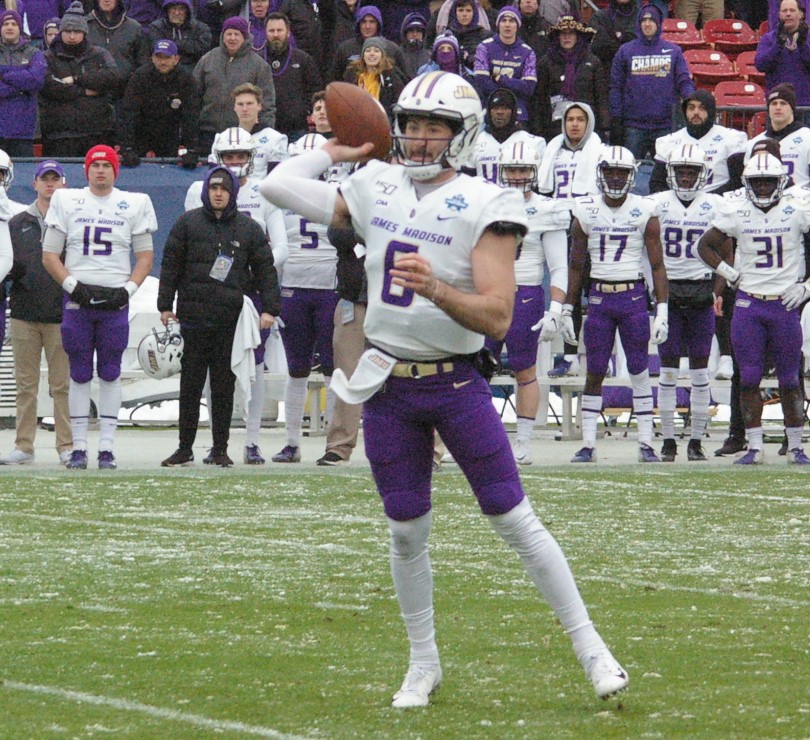 The Dukes received the ball to open the game and sharply rolled 86 yards in 17 plays, converting three third downs and consuming over half the first quarter clock to take a 7-0 lead on a 5-yard toss from QB Ben DiNuccito WR Riley Stapleton.

The Bison responded with an 8-play, 70-yard touchdown march of their own to tie the game on a one yard jolt by RB Adam Cofield.

NDSU took the lead on a play where NDSU faked a reverse but WR Phoenix Sproles kept the ball and, scampered 38 yards for the go-ahead score at 14-7 early in the second quarter.

After a James Madison field goal, NDSU appeared to pull ahead on touchdown pass from Lance to TE Ben Ellefson but the play was called back because Ellefson was lined up as an ineligible receiver that drew the penalty. One play later, the Bison set up for what appeared to be spotting 38-yard field goal.

But James Hendricks, the holder and the defensive safety, took the snap but got back on his feet to dash 20 yards for a touchdown on the left side of the JMU line to up the lead to 21-10 with 3:47 to play in the second quarter.

That 21-10 lead held up until halftime due to JMU PK Ethan Ratke’s 40-yard field goal hitting the right upright late in second quarter.

The Dukes got a 27-yard field goal from Ratke to pull within 21-13 with 8:45 to play in the third quarter in what would be the only score of this frame.

On the first play of the fourth quarter while facing a 3rd and 23, a dazzling play by Lance where he found room up the middle and ran towards the side line before racing into the end zone from 44 yards out to give NDSU a 28-13 advantage.

“I kind of just worked through my progression,” said Lance. Worked to Christian (Watson) first. Then I was going to step up and work my over. And kind of the Red Sea just kind of parted.”

Following a couple of punts by each team, the Dukes cut the margin to 28-20 after touchdown pass from DiNucci to Stapleton with 6:55 remaining.

The Bison picked up two first downs on the next possession and faced a fourth-and-2 at the JMU 36-yard line. Coach Entz decided to go for it on the play but Lance was stopped on a run up the middle a yard short, and the Dukes took over with 2:51 remaining with all three-time outs remaining.

On the ensuing drive, the Dukes survived a sack, converted a 4th-and-3 and moved into the Bison red zone on an incredible 22-yard catch by Stapleton. A pair of NDSU penalties gave JMU a 1st-and-goal at the 3 with eight seconds left, but DiNucci’s pass was intercepted by Hendricks to seal the NDSU win.

Lance rushed for a game-and-career high 166 yards with a touchdown on 30 attempts in being named the game’s most valuable player. He also completed 6 of 10 passes for 72 yards. The redshirt freshman finished the 16-game season with 28 touchdown passes and no interceptions.

A big reason for the way NDSU, especially Lance, was able to run the ball was the play of its offensive line, especially All-American OT Dillon Radunz. Radunz and his so-named Ram teammates upfront were able to handle the potent Dukes defensive front four that included Buck Buchanan finalist Ron’Dell Carter.

DiNucci completed 22 of 33 passes for 204 yards and two touchdowns with an interception in a losing cause.

“I think you saw flashes of JMU football, but unfortunately there were too many big, negative plays that proved to be too much to overcome,” Dukes head coach Curt Cignetti said.

The win pushed NDSU to an astonishing 128-8 since the beginning of the 2011 season, and an even more astounding 34-1 in playoff games. The one loss came to this same James Madison program, in the Fargodome in the 2016 FCS semifinals en route to a JMU national title.

“The locker room full of players are the reason we’ve been able to be successful all season. Their work ethic, their commitment to being at their best every day, not only on the football field but in the classroom, resonates throughout our program”, said Entz.