This Saturday slate has many great contests again but I have two games that will be taking most of my attention. These two games are two strong Power Five Pac-12 teams traveling to two powerful Group of Five teams in Stanford visiting UCF and USC visiting BYU.

I will go over these two games in detail and offer my picks for each game.

Stanford won the only previous meeting between the teams 31-7 at home in 2015. The game Saturday completes a home-and-home agreement.

Key Player: QB K.J. Costello will be watched carefully in returning this week from the head injury. He was very efficient in the Stanford win over Northwestern in throwing 16-of-20 for 152 yards and a touchdown. Not only will his health be key but also well he holds onto the ball and how his line protects him. UCF had five sacks and 16 tackles for loss last week. The Knights forced at least one turnover in a nation’s-best 32 straight games before the streak ended last week.

UCF has scored at least 30 points in 28 consecutive games, the longest streak in the FBS since 1936. So far this year, the Knights defeated their two opponents of Florida A&M and Florida Atlantic 110-14.

The Knights have done this recently without their star QB McKenzie Milton, who was lost late last year and is out all of this year recovering from his horrific leg injury. Whether it is true freshman Dillon Gabriel, Notre Dame senior transfer Brandon Wimbush or Milton’s backup from a year ago, Darriel Mack Jr., directing the attack, the Knights function well.

Key Player: QB Gabriel, Wimbush or Mack (which ever gets the call) will be the focal point for the Stanford defense. Mack has not played because he has been injuried but is expected healthy this week. Gabriel has completed 16-of-32 passes for 372 yards and five touchdowns, while Wimbush is 12-of-23 for 168 yards and two scores. Whichever quarteback plays will need to mix the run and pass and keep drives going. The key will be to take what the defense gives them. The Cardinal likely will try to stop the big play so marching slowly with patience will be the way the Knights will need to play.

Fearless Forecast: This game will likley be played in some rainy conditions with pending Hurricane Humberto expected to be near the Florida Atlantic area. Expect UCF to shake things up with a dual-QB system which will propel the offense into its typical high production. Stanford will be able to get some points on the board but keeping up with UCF’s high-tempo style of play will be a task. UCF 38 Stanford 24 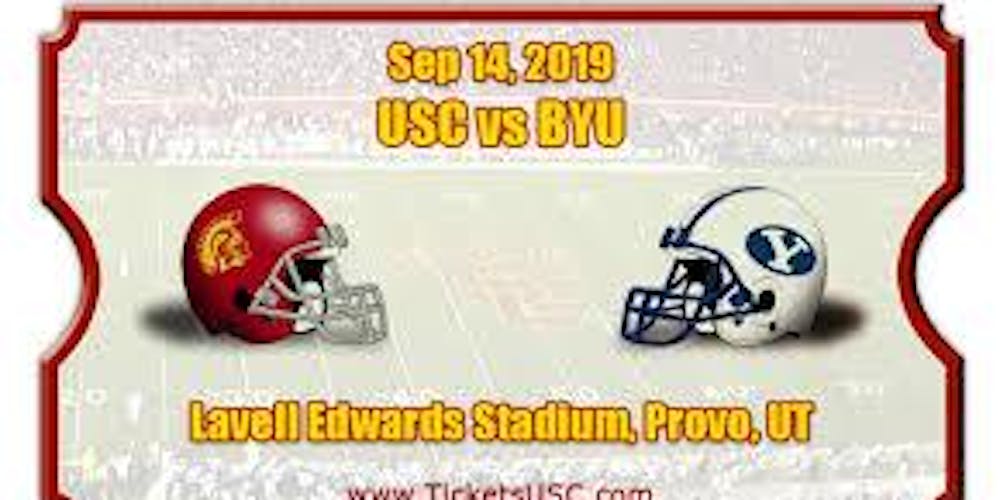 Last Saturday, a stellar performance by freshman QB Kedon Slovis (28-of-33, 377 yards, three TDs) and a solid second half by the Trojan defense led USC to a 45-20 throttling of then-No. 23 Stanford at home in the Los Angles Coliseum. The Trojans opened with a close win over Fresno State 31-23, also at home, where Slovis was rushed into action with J.T. Daniels, who will miss the rest of the season after tearing a ligament and the meniscus in his right knee.

This is the third meeting between the Trojans and Cougars — USC won both previous contests during a home-and-home series in 2003-04.

Key Player: QB Kedon Slovis will be key in his first road game as Provo is not an easy place to play for any visiting team. The key for Slovis is that the play calling will need to take advantage of a strong running game. The Trojans gained a net of 115 yards on 28 carries, as RBs Stephen Carr (33 yards) and Vavae Malepeai (42 yards, two TDs) rotated well last week despite the play calling being more passing. More rush calls will be a key for the Trojans in this one as BYU will be defensing the strong pass game.

The Cougars are coming off an incrediable win where they overcame a 10-point halftime deficit to tie Tennessee with one second in regulation to play before Ty’Son Williams’ five-yard run in the second overtime gave the Cougars a stunning 29-26 victory. BYU lost its opener at home opener to rival and another Pac-12 team in Utah 30-12.

BYU is playing what might be the toughest schedule at least in the first half of the season of any FBS school. After USC, BYU will travel to another Pac-12 team in Washington next week. 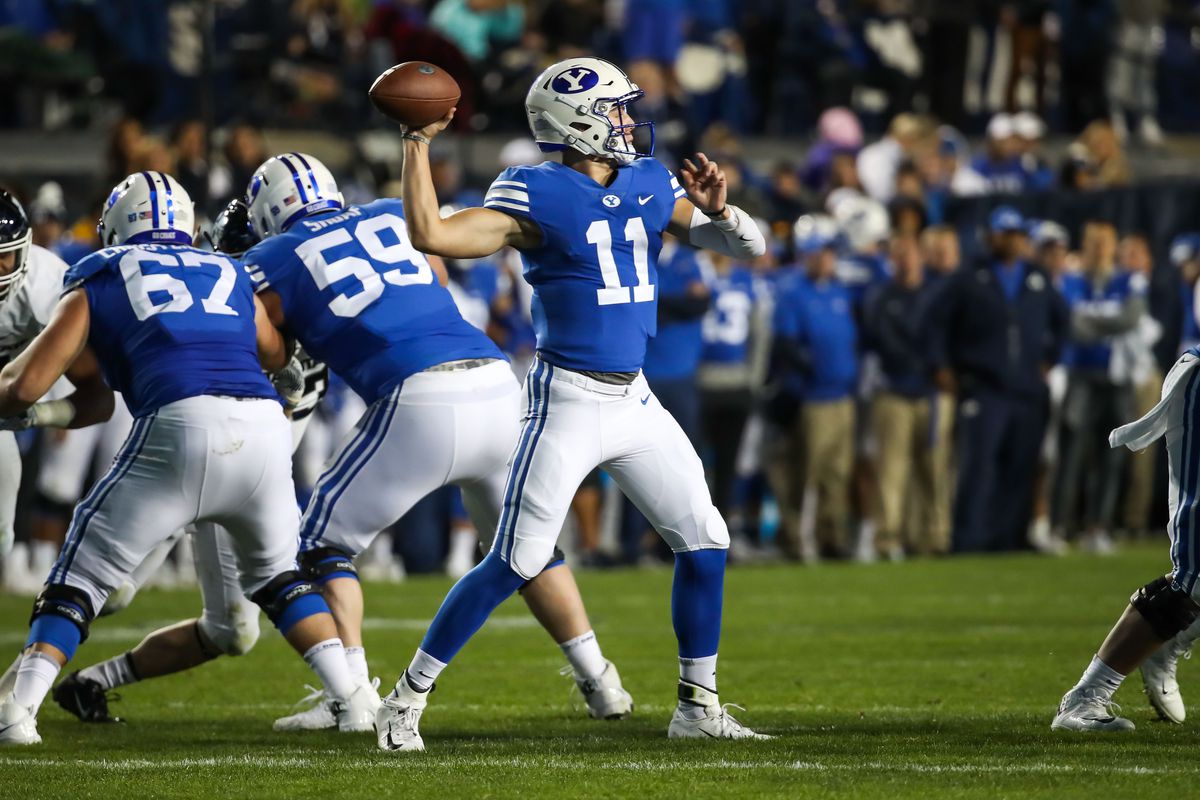 Key Player: QB Zach Wilson has completed 64.5 percent of his tosses in the first two games in 2019 (with two INTs against one TD) putting to rest some of the questions about a January shoulder surgery. Wilson can also run the ball when a play break downs. He will need to keep positive yards against the tough USC defense and not take any negative plays.

Fearless Prediction: The Cougars can not get down by ten this week and expect to win. Expect BYU to stay close through the first half but USC will wear down the BYU defense by the second half and the Trojans will come out with the victory. USC 31 BYU 21