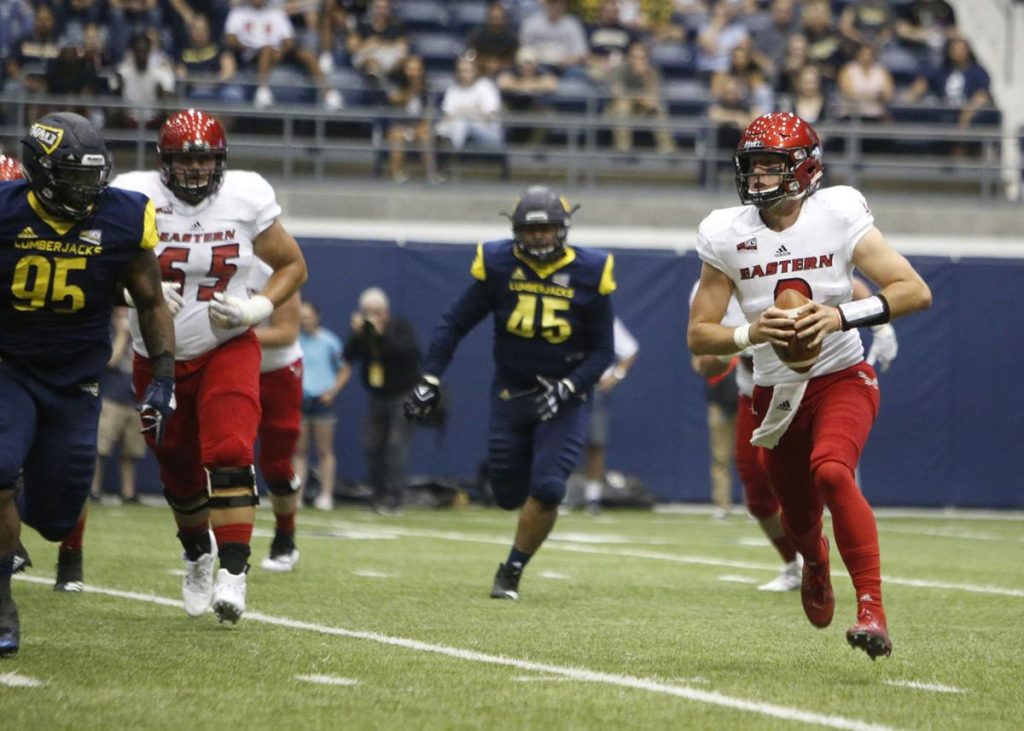 Here is my take on the top 5 games of the week with video highlights from Week 2. Eastern Washington survived a test on the road against Northern Arizona, Maine blocked a field goal on the very last play to preserve FCS’s sixth upset over an FBS team in 2018, and South Dakota State defended their home turf in dominating fashion. Chattanooga went to 2-0 after converting a gutsy 2-point conversion in overtime, and Colgate got a big road win over New Hampshire to put the Raiders at 2-0.

What does a game winning play sound like? Watch the Nunnelly to Giberti reverse for the 2-pt conversion & win! ➡️😤⬅️🙌 #ForTheCity pic.twitter.com/qjiEq1jIob