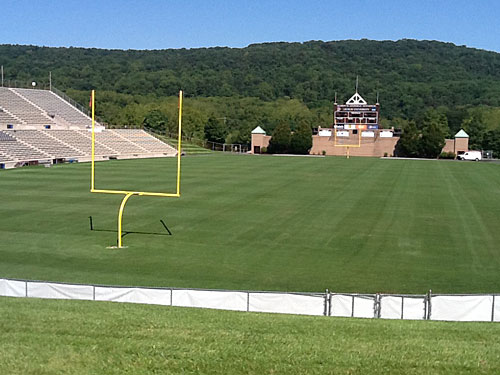 Since the 1980s, I’ve been going to Murray Goodman Stadium to watch Lehigh football games. It is a place that I love to visit, and against all odds, it replaced old Taylor Stadium as an iconic college football venue.

There is much to recommend the experience to anyone – the natural bowl, beautiful real grass (a rarity in this day and age), and a tremendous view of the trees of South Mountain.

It has undergone many incremental renovations, one of which is happening this year – moving the press box and cameras to the opposite stands, allowing Lehigh to expand the number of private boxes available.

But Lehigh Athletics simply can’t ignore the outside forces of college football and televised sports forever.

They need one renovation more than any other – lights in order to open up the possibility of hosting late afternoon or early evening games. 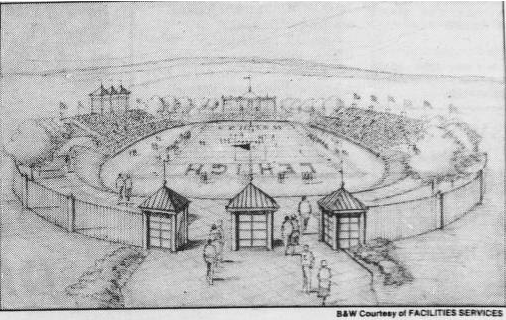 The announcement that Taylor Stadium was to host its final Lehigh/Lafayette game in 1986 was not met with universal cheers from students and alumni.

Even though Taylor Stadium, built in 1914, was ancient and largely in disrepair, fans and alumni enjoyed the traditions of the old place, which had cold, hard concrete slabs for fan seating, hosted Lehigh’s baseball diamond for many years, and sat in the shadow of Bethlehem Steel’s factories.

Not only was it seventy years old – only the third concrete athletics stadium in America – it nestled comfortably in between Lehigh’s campus and the town of South Bethlehem, the dividing line between the campus and the many people working in the steel mills. It made for the perfect tailgate scenario for football games – you could have a party in your dorm or fraternity or sorority, then walk down to the game at the edge of campus.

But then-president Peter Likins had a different vision for the precious space Taylor Stadium occupied. In that area he saw a future business school, Rausch Business center, and Zoellner Performing Arts Center.

Likins and the Lehigh board of trustees thought it an excellent idea to construct a new stadium over the mountain in a natural bowl that was set aside for a future soccer stadium in the 1960s. Twenty years after the land was dedicated, and a full stadium abandoned for a “modular” concept, construction started on the site of Murray Goodman Stadium.

From the get-go some alumni and students did not like the idea of losing the convenience of having the football stadium near campus, and the fact that Likins seemed a lot more excited about using the space of Taylor Stadium to construct the business school and arts center than opening a new football stadium didn’t help matters.

There were big concerns about Lehigh/Lafayette tailgating, how people would now be required to drive over the mountain to attend the game and possibly leading to an increase in drunk driving incidents and arrests. Some thought that the people of Bethlehem would stop coming to the games because now people required a ride to the stadium – something not all Lehigh fans had to do in the past. Many residents of South Bethlehem used to walk to the games and didn’t even own cars.

But there were also many people that could visualize Murray Goodman Stadium being a beautiful destination for football, too, with acres of open space for tailgating nearby and a natural view rather than an industrial view. They saw a modular stadium that could expand for big events, like The Rivalry, graduations, and high school championships.

Oddly, back in 1986 there was never any public discussion about having a venue that supported lights or late afternoon/night games. It would take an epic Lehigh/Lafayette game at Murray Goodman to get that conversation started. 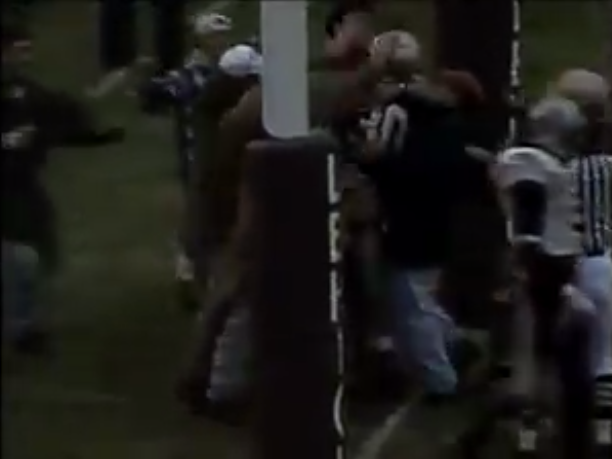 A 3rd OT Would Have Meant A Suspended Game

The 131st meeting between Lehigh and Lafayette was one of those legendary Rivalry games that seem to grow more legendary over time.

Down by 16 points to Lafayette in the 4th quarter, QB Bob Aylsworth, helped by some masterful running by RB Rabih Abdullah, rallied the Engineers to tie the Leopards by the end of regulation.

Just a few years prior, the NCAA had mandated overtime in games that ended regulation in a tie. That would mean for the first time in Rivalry history, overtime would be required to determine the champion.

But Murray Goodman Stadium did not have lights. Officials had the game start the new overtime rules – each offense gets the ball at the 25 yard line and has a change to score – but it was very much an open question as to whether they would be able to finish the game before the sun went down. Had it been tied after a second overtime, they might have had to call the game, or resume play the following day.

But Aylsworth would fire a perfect pass to WR Brian Klingerman over the middle, giving Lehigh a 37-30 lead that would only be clinched when the Lehigh defense stopped Lafayette RB Jason O’Neil for a 1 yard loss to win the game.

The catch, made as the sun was setting fast, was legendary. “It could have been pitch dark and I would have known where Bob would throw it,” Klingerman said right after the game in the dark post game room afterwards.

Though “The Catch” would become legendary, it started whispers that Murray Goodman Stadium needed lights to prevent the possibility of something like that happening again. Not having lights might have been fine in a college football world without overtimes, but with that possibility existing starting in the mid-1990s, not to mention longer games in general, it became a genuine concern.

But lights never came to pass. Most of the reasons were chalked up to cost – that it would be prohibitive to light not only Murray Goodman, but the fields outside the stadium as well for tailgating.

But much of it seemed to come down to the poetry of playing football during the day, something that had a sort-of purity to it. Lehigh football, it seemed, should be played during the day, in front of beautiful South Mountain, on natural grass.

But that world no longer exists. College football has morphed into a made-for-TV, or more accurately a made-for-streaming event.

Lehigh football games don’t only compete for eyeballs against Lafayette, Holy Cross, Fordham and Delaware broadcasts. They compete against Penn State, Ohio State, Viriginia Tech, Miami, and the top teams of the FBS as well.

Reasons abound for Lehigh to enter the 21st century when it comes to providing stadium lights – preventing the possible embarrassment of calling a game due to darkness, for example, or opening up the possibility of hosting FCS playoff games if Lehigh can qualify. Colgate can host FCS playoff games, because they have lights. Lehigh, thanks to FCS playoff kickoff restrictions mandated by ESPN, cannot.

Other Lehigh venues in the same campus, such as Ulrich Sports Complex, have lights and competitions at night. When Lehigh football hosts its spring and preseason practices, they frequently happen at Ulrich because – you guessed it – they have lights, whereas Murray Goodman does not.

Murray Goodman Stadium used to be the home of Bethlehem Steel FC, the USL affiliate of the Philadelphia Union MLS team. Last year, they announced that they were exiting their agreement to use Murray Goodman Stadium, stating very plainly that it was because the facility didn’t have lights. Not having lights meant losing an athletic opportunity for both the University and Lehigh athletes.

But Fox’s recent announcement that their “Game of the Week” is going to start at noon is the game changer that should be the closing argument for Lehigh finally arranging to have lights for their football stadium.

Fox is trying to compete with ESPN, who generally has had their premier games start at 3:30PM or at night. ESPN effectively has owned college football Saturdays for a while now, starting with College Football Gameday and ending at 11:00 PM at night generally with the best FBS game of the week.

But with Fox moving their games up to noon, that puts their games squarely against the only time slot Lehigh can provide for its football games – giving Lehigh students and college football fans one more reason to not watch or not attend Lehigh football games.

It is Fox’s move that most concerns me most, because I feel like the Mountain Hawks need to be more flexible than ever when it comes to scheduling game times going into the 2020s and beyond. Without lights, Lehigh could be stuck in time, unable to adapt to the ever-changing schedule around them, one that is going to have more and more games butting up against it.

The alternative is Lehigh being trapped in a time slot at the mercy of not only Penn State, Temple, and Pitt football, but an increasing number of noontime games that could be a compelling reason to not take in a Lehigh football game.

I don’t think the Mountain Hawks have the luxury anymore to wait. Murray Goodman needs lights or risk being further sidelined on the college football schedule. In order to show people how awesome Murray Goodman Stadium is to watch a game, they need to be able to play games when people are watching. The only way to do that is with lights.