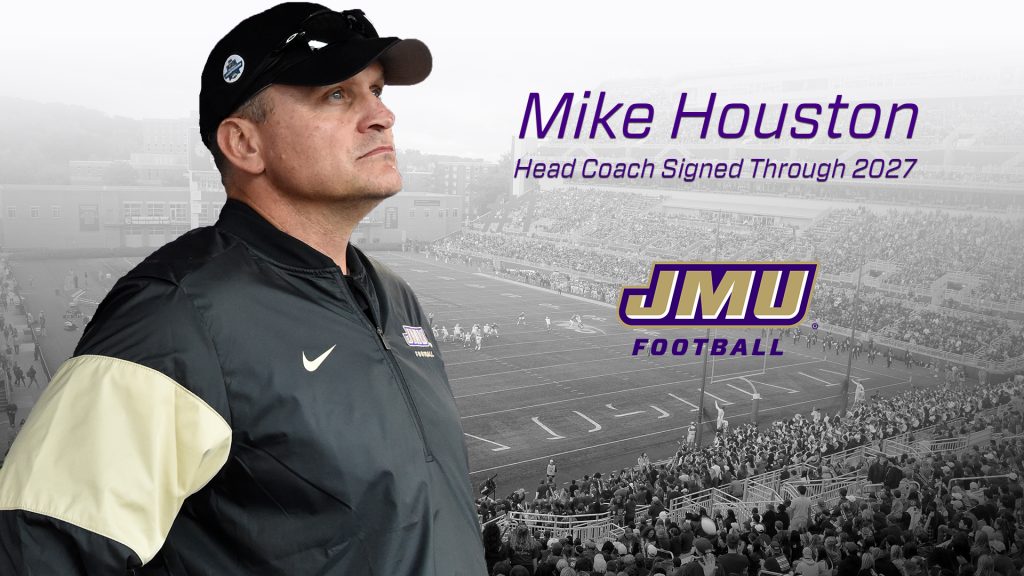 Over the next four and half hours, JMU fan reaction ranged from rage to congratulatory and everywhere in between. There were people calling him a liar, classless and a fraud. There were those happy for his success and wishing him well. But what there wasn’t: a JMU fan who didn’t have an opinion of Mike Houston and his decision, even before hearing from the man himself.

After practice, Houston made a two minute statement and a few facts came out of that.

Did he meet with Charlotte? Yes

Is he interest in the job? Yes

Was he offered the job? Yes

Did he take the job? No.

As of now, Mike Houston is still the coach of James Madison University and will be on the sidelines this weekend at Colgate, and hopefully further through the team’s playoff run.

It has been almost 24 hours since the potential news first broke, so I have had some time to read a lot of opinions and form my own. Do I think Mike Houston is taking the Charlotte job? Yes, I do believe he is more than likely taking the job. Am I mad about that? No. Disappointed, yes. But I am not mad. I cannot be mad at someone for trying to better their career, life and to provide for his their family.

This is not an Everett Withers situation where he jumped at the first job that was offered to him. Withers seemingly left in the middle of the night and was at Texas State the next day. I never got a feeling that Withers ever really cared about JMU or the JMU community. I do get that feeling from Mike Houston. He had offers last year, including Georgia Southern, to become a head coach at the FBS level.

I think Houston could hold out for a better FBS job, but sometimes the job itself isn’t the only pull. Charlotte, NC is significantly closer to Houston’s family that Harrisonburg, VA. You can’t change geography or what the proximity of family will mean to a person.

At the end of the day, JMU is an FCS football program. Coaches aspire to get to the top of their profession, just like any of us do. The top of the college football coaching profession is the FBS, not the FCS.

I don’t blame Houston if he takes the job. I will root for him no matter where he goes for the rest of his career. I choose to think about what he did at JMU, not that he is leaving us behind when he leaves. Because of Houston, his staff and the student athletes, James Madison won an FCS National Championship in 2016 and nearly won again in 2017. Houston has made the JMU job one of the top few in the FCS, so there will be no shortage of qualified coaches for AD Jeff Bourne to interview when the time comes.

I hope Houston does turn down the Charlotte offer. If he does, I will be ecstatic. I want him to be at JMU forever. But I know that is not reality. Even if he turns down Charlotte, there will be another opportunity, then another until eventually Mike Houston does leave for another school.

And as of about noon on Thursday, the East Carolina job is now open too. We could be having this conversation again next week, even if Houston tells Charlotte no today.

I will close by saying: Mike, if this is it for you at James Madison University: Thank you. Thank you for what you have done for the school and the program. And good luck wherever you go in the future.