While the game of football is often viewed in terms of yards, sometimes the outcome of a game is determined by a much smaller unit of measurement: inches.

Such was the case as Austin Peay missed a game-winning field goal attempt as Tennessee State upset the No. 19-ranked Governors 26-24 on Saturday in Nashville.

The loss by AP, coupled with UT Martin’s win over Eastern Illinois, and wins by Southeast Missouri and Eastern Kentucky threw the Ohio Valley Conference standings into turmoil.

The Skyhawks lead the conference standings with a 4-0 record, while Austin Peay, Southeast Missouri and EKU all have one loss in league play.

UT Martin and SEMO square off next week in the OVC marquee matchup. 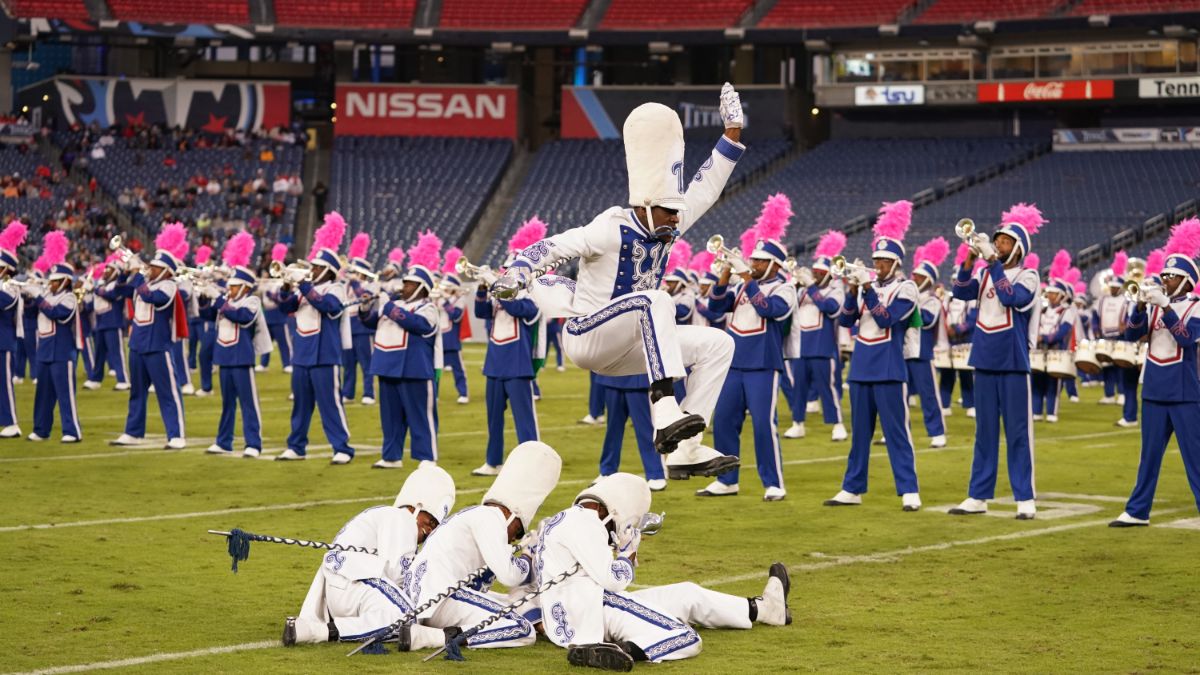 It has long been said that games are not played on paper.

An announced crowd of 16,389 was on hand for homecoming to watch the upset as TSU won for the first time in conference play this season.

The Governors had a chance to pull off the win, but a 32-yard field goal with 1:07 left in the game went just wide left and put TSU in victory formation like never before in school history.

TSU PK Antonio Zita booted three field goals for the Tigers in the first half. He added five points in the second half and now has 29 in his career for third place on the school’s field goal list. He is tied for second on the school’s list with 17 field goals this season.

Zita’s 50-yard field goal early in the fourth quarter brought the Tigers to within 24-19 at the time. It was the longest kick of Zita’s career.

Steven Newbold’s eight-yard scoring pass from Cameron Rosendahl midway through the fourth quarter gave TSU its first lead of the game and the Tigers were able to hold on the rest of the way.

Rosendahl finished with 220 yards through the air after completing 27 of 39 passes and a pair of touchdowns. Newbold was on the receiving end of both scoring tosses. His four-yard TD catch with just over five minutes left in the third quarter began the TSU comeback efforts and brought the Tigers to within 24-16.

Chris Rowland finished with 12 catches for 113 yards on the night. He took over the top spot in school history with 82 catches on the season so far.

QB JaVaughn Craig completed 18-of-35 passes to pace the AP offense. He finished with 291 yards through the air and two scores. The Govs rushing attack was unable to generate much against the Tigers and was held to just 103 yards on the ground in the game. Southeast Missouri’s appearance in the national rankings earlier this season was short-lived. A return to the poll is a distinct possibility after the Redhawks defeated No. 14 Jacksonville State 24-21 on Saturday.

The win snapped a 32-game home winning streak by the Gamecocks. The last home loss by JSU came in 2013 when Tennessee State defeated the Gamecocks 31-15.

QB Daniel Santacaterina tossed a pair of scoring passes in the fourth quarter. The first, an 80-yard strike to WR Kristian Wilkerson, was the 29th receiving TD in Wilkerson’s career and tied the SEMO school record in that department.

A 38-yard scoring pass to Aaron Alson proved to be the dagger on the day as the visitors took a 24-14 advantage with 1:47 left in the game.

Santacaterina finished with 220 yards passing after completing 12 of 28 passes and threw three touchdowns. His 15-yard pass to Wilkerson late in the first half put SEMO in front 7-0.

Wilkerson ended the day with 129 yards on three catches.

Jacksonville State had a decided advantage in total offense in the game as the Gamecocks compiled 471 yards compared to just 280 for the Redhawks. Four turnovers by the Gamecocks proved to be the difference.

QB Zerrick Cooper threw for 347 yards and a pair of scores for JSU. He completed 23 of 52 passes, but was sacked four times on the afternoon. Both of his scoring passes game in the final 2:15 of the game as he tried to rally his team to victory.

This one might have been closer than many prognosticators expected, but UT Martin maintained its perch atop the Ohio Valley Conference standings as the Skyhawks defeated Eastern Illinois 27-18 on Saturday in Martin, Tennessee.

D’Carrious Stephens returned an interception 26 yards for a touchdown and Ryan Courtright’s conversion kick gave UT Martin an 11-8 lead with 6:49 remaining in the first period. The Skyhawks would never trail again in the game.

QB John Bachus completed eight of 20 passes for 108 yards and a pair scores to pace the victors. He tossed scoring passes to Terry Williams and Davin Dyal from 21 and six yards, respectively, in the contest. RB Peyton Logan led the rushing attack for the Skyhawks with 109 yards on 20 carries on the day.

The Skyhawks (5-2, 4-0) travel to Southeast Missouri State next week for a key OVC tilt. EIU, which remained winless on the season in eight outings with the loss, will play Eastern Kentucky in homecoming in Charleston. The Panthers are 0-4 in league play.

Eastern Kentucky’s defense did its job in the third quarter and QB Alonzo Booth did more than enough on offense in the period as the Colonels pulled away before holding on to defeat Murray State 34-27.

Booth, who entered the game with eight rushing touchdowns on the year to lead the Ohio Valley Conference, rushed in from 11 yards out to cap the opening drive of the second half as EKU extended its lead to 24-10. He added another scoring scamper a short time later after Aaron Patrick intercepted an MSU pass and Booth capitalized with a one-yard burst to extend the Colonels’ lead to 31-10 with 8:02 remaining in the period.

PK Samuel Hayworth connected on a 36-yard field goal with less than two minutes remaining in the third period as EKU pushed its lead to 34-10. The Racers then scored 17 unanswered points, including a 56-yard interception return by Kendrick Catis, to make things interesting.

They had a chance to tie the game late, but Frank Sumpter intercepted a pass in the end zone with seven seconds left in the game to seal the victory for the Colonels.

Booth finished with 42 yards on 11 carries for EKU. QB Parker McKinney completed 16 of 30 passes for 256 yards and two touchdowns on the day for EKU, which improved to 4-3 on the season and 2-1 in conference play with the win.

Murray State QB Preston Rice threw for 373 yards on 39 of 58 passing. He was intercepted three times. The Racers were held to just 22 yards rushing in the game.

EKU remains on the road at Eastern Illinois next weekend, while Murray State (4-4, 2-2) travels to take on Jacksonville State.