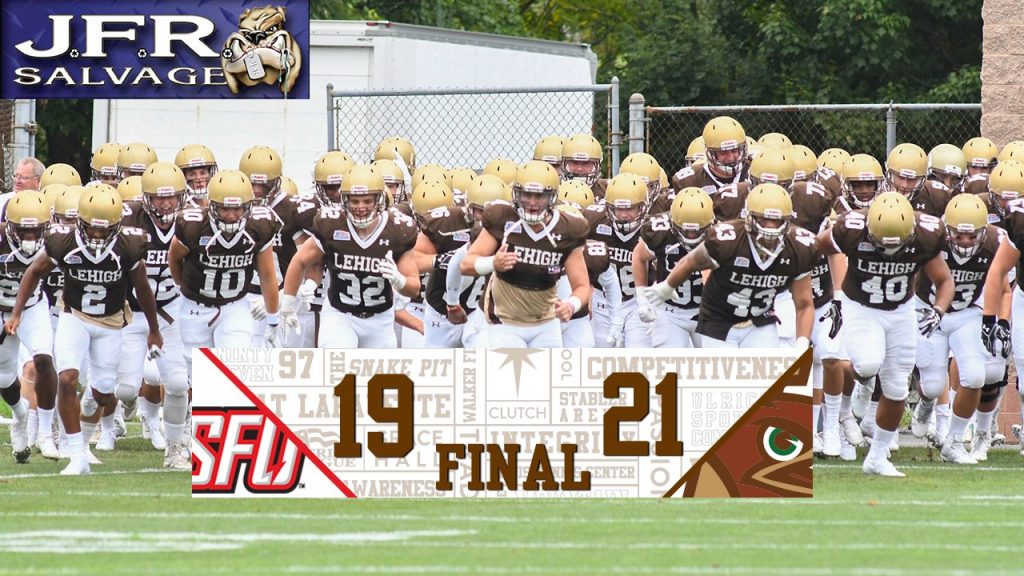 It was supposed to be a party for Lehigh running back Dominick Bragalone, but as St. Francis (PA) kicker Eric Bofenkamp lined up for a 30 yard field goal try, it certainly didn’t feel like one.

Down 21-19 and recovering possession of the football on downs with 1:53 to play, St. Francis (PA), behind the passing of quarterback Bear Fenimore and the receiving of Cyrus Holder and Terrell Johnson, kept hanging around until the very end, driving all the way to the Lehigh 20 yard line.

The late-game heroics of the special teams unit cemented a solid defensive effort for Lehigh, who held the Red Flash to 300 total yards of offense and only 58 net yards rushing on the afternoon and converted a critical interception, where a tipped ball was expertly brought down by defensive back Donavon Harris to thrwart a late Red Flash drive.

For Lehigh it was a different sort of win than the type they had been accustomed to in the past few years – one set up by defense and special teams rather than a shootout.

“This the type of game that that I don’t know we could have won in the last couple of years,” Andy Coen said afterwards. “As gritty as the kids were today, it was great. I think this type of win is really going to help us going forward.”

On defense, Lehigh defensive back Divine Buckrham led the Mountain Hawks with 11 tackles, 10 of them solo tackles, while safety Riley O’Neil added 8 tackles, including two tackles for loss and safety Sam McCloskey added 7 tackles of his own, including a critical one on a kickoff return where he denied Nick Rinella a touchdown.

A BLOCKED FG TO SEAL THE WIN FOR @LehighFootball.pic.twitter.com/hSAT1jvBKA