FRISCO, Tex.— The Bison powered their way to a 38-24 victory against Eastern Washington to repeat as national champions at Toyota Stadium in front of 17,082 fans.

NDSU won its seventh national title to make it the most of any program in Division I FCS history, surpassing Georgia Southern, which has six. The Bison (15-0) also capped a perfect season and won their seventh national crown in eight seasons.

Bison quarterback Easton Stick finished his career with a 49-3 record, setting an FCS record for quarterback wins. This surpassed former NDSU quarterback Brock Jensen, who had 48 wins in his career.

The halftime score was 17-10 in favor of the Bison.

An explosive, mistake-filled start was seen to start the third quarter. Stick gave the Bison a 24-10 advantage hitting Darrius Shepherd from 23 yards out.

It took Eastern Washington (12-3) one play to slice that deficit in half. Running back Sam McPherson scored virtually untouched on a 75-yard run up the middle.

Not to be outdone with the long scoring play, Stick connected with Darius Shepherd on a 78-yard toss and it was 31-17, an advantage NDSU took into the fourth quarter.

Starting at their own 6-yard line with 13:31 remaining in the game, NDSU grinded 19 plays in what is a typical ground gain style of NDSU. However, the drive culminated with a missed field goal.

By the time the Eagles got the ball back, only 3:21 remained but the Eagles still were quickly able to get down the field to score.

The Eagles’ found themselves in the end zone 1:02 later on just four plays. Barriere connected with Talolo Limu-Jones for 34 yards and Nsimba Webster for 23 yards.

After McPherson ripped off 18 yards, Barriere capped the 80-yard drive with a 5-yard scoring run to cut the Eagle deficit to just a single touchdown, 31-24.

The Eagles went for the onside kick following the score but were unsuccessful to give the ball to NDSU at mid-field.

The Bison built a two-touchdown lead midway through the second quarter. Stick scored on a 4-yard touchdown run that gave NDSU a 17-3 lead with 8:00 to play in the first half.

Eastern Washington used a trick play late in the second quarter to close the gap. Holder Gunner Talkington flipped a shovel pass to tight end Jayce Gilder for a 2-yard score after the Eagles had set up for a short-field goal try. That cut the Bison lead to 17-10 with 27 seconds remaining in the opening half.

The Bison scored the game’s first 10 points. Stick sliced into the end zone for a 10-yard touchdown run that gave NDSU a 10-0 lead with 1:47 to play in the first quarter after opening the game with a Cam Pederson field goal.

Stick finished the game 13-of-19 passing for 198 yards and two touchdowns. He added 121 yards and three more scores on the ground.

Darrius Shepherd was on the end of two of his touchdown passes, catching five balls in total for 125 yards. He was named the game’s most outstanding player.

The Eagles were led offensively by senior running back Sam McPherson, who carried the ball 18 times for 158 yards and one touchdown. Nsimba Webster had four receptions for 92 yards for the Eagles.

Barriere, who had been brilliant for Eastern Washington after replacing the injured Gage Gubrud, completed 12-of-23 passes for 191 yards and two interceptions. He also had arushed for a 5-yard touchdown.

“We didn’t play well enough to win today and that’s unfortunate,” Eastern Washington Head Coach Aaron Best. “It wasn’t a fantastic 60 minutes but I felt like we held our own.” 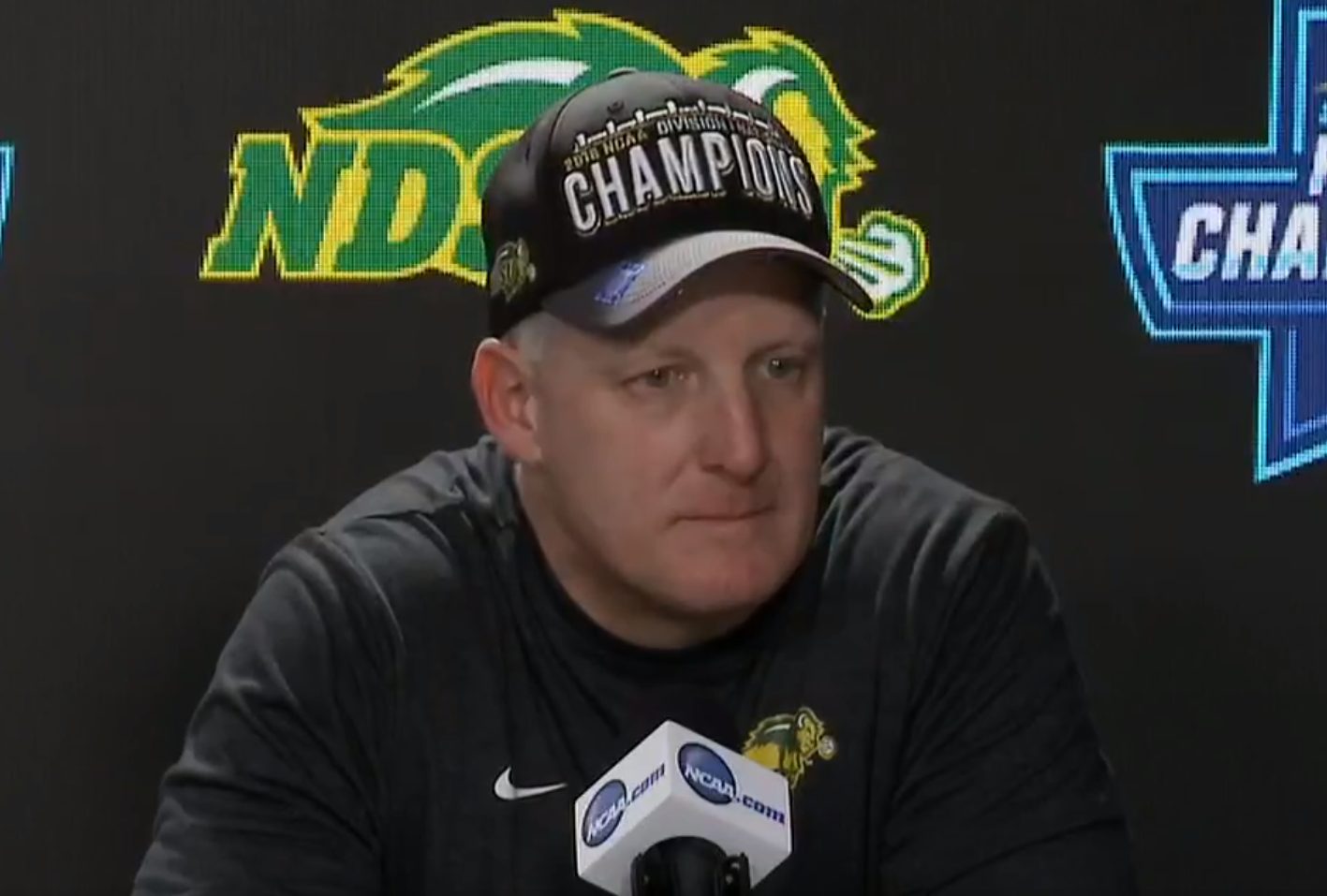 “Fifteen and oh. To end it with a national championship. Boy, it doesn’t end any better than that. The story is complete,” Klieman said.

Klieman will fly back to Fargo with the team tonight and then begin his tenure coaching the Kansas State Wildcats tomorrow.

“This was the way it was supposed to end,” Stick said.