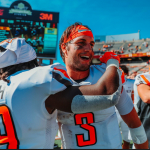 The biggest news this week had to be the Power Five upset by Bowling Green over Minnesota. The Falcons came into the week at 1-2 with the lone win over FCS Murray State coming into this contest against the Big Ten’s Gophers. BGSU lost its two other contests to the SEC’s Tennessee and to the […] 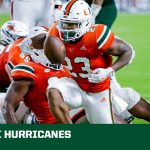 The 2020 college football season opened for eleven Atlantic Coast Conference teams last week. Miami opened the week with an impressive 31-14 win over UAB while Pittsburgh and Louisville also handled their non-conference foes. The Panthers defeated Austin Peay and the Cardinals used a big second quarter on the way to a win over Western […] 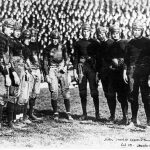 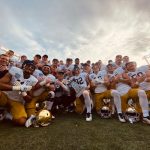 Notre Dame turned two early miscues into 10 points that fueled a 33-9 win over the Cyclones on Dec. 28 in the Camping World Bowl in Orlando. 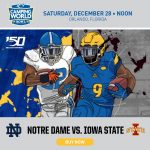 This year’s Camping World Bowl features a pair of teams with bowl resumes on opposite sides of the spectrum with Iowa State appearing in a bowl for just the 15th time in school history. 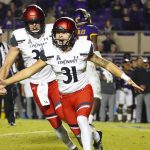 Four of the five Group of Five teams ranked teams won in Week 12. Cincinnati, who is currently is ranked as the highest ranked G5 team, had the toughest win this week over South Florida on the road. The Bearcats used a Sam Crosa field goal on the final play of the game, but Cincinnati […]

This week, the College Football Playoff Top 25 was released. The following is the full Top 25. The Group of Five has five teams in the initial release with Cincinnati ranked as the top G5 team. Below are the full Top 25 rankings with the G5 teams in bold. Three of the five teams are […]