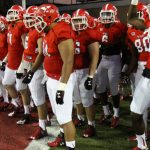 FCS Game of the Week: No. 4 South Dakota State vs. No. 5 Youngstown State “I’d put it up against any game being played in the country. BCS conference or not, these are two teams that can line up and beat a lot of football teams out there.” Never let it be said that Bo […] 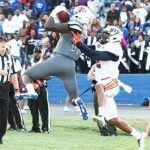 FCS Game of the Week: No. 20 Tennessee State vs. UT Martin There are a lot of FCS football games happening this weekend – a lot of games involving nationally-ranked teams and conference title contenders. But only one of those games is being played and also has a trophy associated with it. Saturday’s game marks […] 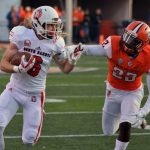 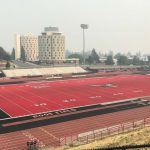 FCS Game of the Week: No. 2 North Dakota State vs. No. 6 Eastern Washington Last week, it was about hurricanes. This week, it’s about wildfires. Last week was the rescheduled game between nationally-ranked foes, Sam Houston State vs. Richmond. This week’s nationally-ranked matchup between FCS title contenders, North Dakota State and Eastern Washington, will […] 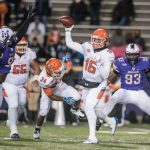 FCS Game of the Week: No. 3 Sam Houston State vs. No. 7 Richmond (at McLean Stadium, Waco, TX) In the grand scheme of things, perhaps a football game is a very small thing to many people in Texas at the moment. With the devastation of Hurricane Harvey and the torrential rains that accompanied […] 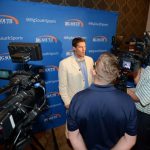 As we kick off a new football season, we’d like to start up something new here at College Sports Journal: “Who We Like and How To Watch”. In it, we’ll have links to all the broadcast information, our fearless predictions, and links to the picks of all the Top 25 games of the (plus other […]