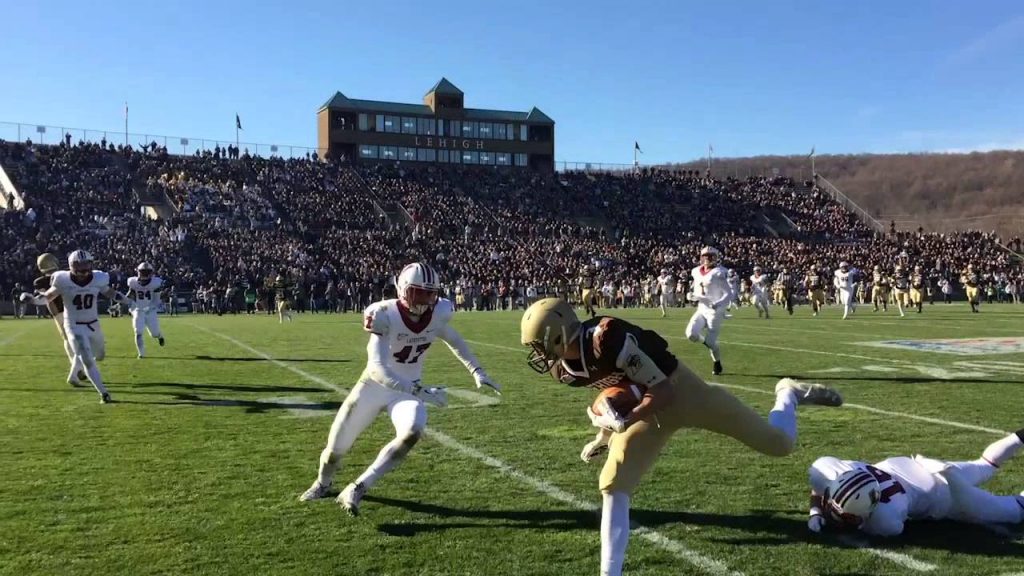 It kind of goes without saying that the Rivalry between Lehigh and Lafayette is the biggest game on the Mountain Hawks’ and Leopard’s schedules.

Eighteen miles separate the two campuses in Easton, PA and Bethlehem, PA, and the football teams have faced off 153 times over the span of 134 years. When the two schools started playing each other, the football field was 120 yards long and the “referees” were other students from the host school.

So being a part of a game like this, in front of a sellout, high-energy crowd, is a real highlight for all Lehigh and Lafayette players who take part – despite the reality of the actual records. The Mountain Hawks come in at 2-8, and the Leopards come in at 3-7.

The One-Game Season That Is The Rivalry

“It’s a national rivalry,” Lafayette head coach John Garrett told Tom Fallon at Lehigh Valley Sports Radio 1230/1320 this week. “This is a special week. Everybody knows about it, the guys know about it, and they know what’s at stake. It’s going to be a great atmosphere, and our guys are going to have to take that in, use that as fuel for our excitement and energy.”

In order to be somewhat prepared for that energy, Lafayette spent last week at West Point, New York, facing off against Army in Michie Stadium.

The Black Knights won 31-13, but Garrett was happy with how his team competed, and he’s bullish on how that game’s effort will translate to the even bigger Rivalry game at home.

Aside from the history and the proximity, there’s also the matter of the athletes themselves. Though gone are the days where most of the athletes came from the Lehigh Valley, today Lehigh and Lafayette, both elite high-academic schools, recruit many of the same players and recruit from the same talent pool of football players that can also handle the sometimes brutal classwork required to excel at both schools.

There’s sometimes also a family connection as well, something extremely well understood by the Zataveski family of Delran, New Jersey. One son, OL Nick Zataveski, played at Lafayette from 2011 to 2016, and another, OL Kevin Zataveski, is a senior who will be playing this weekend.

As Paul Reinhard shared at The Morning Call, neither has ever beaten Lehigh.

“When I go home and people ask where I go to college and I say Lafayette, they ask if I played football,” Kevin said. “I say yes and they don’t ask you what your record was. They ask if you beat Lehigh. For this game, I want to play great, but if we get a ‘W’, I don’t care how I play. That’s not to say I won’t give everything I have, but the outcome is the most important thing.”

For the Lafayette seniors who have suffered through some very rough seasons – like the 1-10 year in 2015 that saw head coach Frank Tavani dismissed when the campaign concluded, or the 2-9 season that was John Garrett’s first – a win here would mean not only their first-ever win against Lehigh, but a chance to get the Leopards a step closer to getting back to Patriot League title contention.

“Winning is the only thing I’m thinking about,” Lafayette RB C.J. Amill said. “How we play is important; I want to play almost perfect. It’s personal for me. It’s a must game that means a lot to the school, to the program and to all of us. Bringing good energy to the program is everything. I’m not leaving this place 0-4 to Lehigh.” 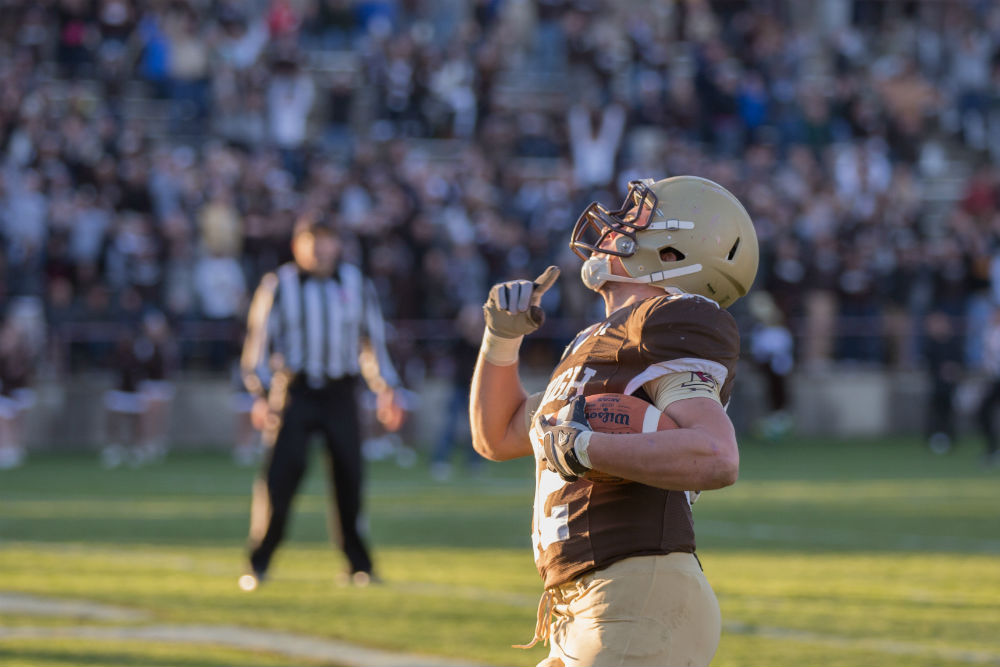 Huge For The Legacy

Lehigh head football coach Andy Coen knows something about the motivations of players in The Rivalry.

As head coach of the Mountain Hawks for the last 13 years, he inherited a Lehigh class that wasn’t able to enjoy a win over Lafayette, but starting with the class of 2011, his teams won five straight games over their nearby Rivals.

“These games never are easy,” Coen said in this week’s media luncheon. “At Lafayette, nobody wants to lose four in a row, five in a row. Those guys will be so filled with emotion. But if we can go out and play the way we’re capable of, like we did against Bucknell, I’m really confident that the kids will come out and compete really well.”

If his team manages to beat Lafayette this weekend, he will have graduated his third class that has gone 4-0 against the Leopards.

But the circumstances around the last three times Lehigh played Lafayette are very different than this year.

In 2015, Lehigh was playing for a winning record was very close to beating Colgate, the Patriot League champions that year. In 2016 and 2017, the Mountain Hawks were Patriot League Champions, with their championship season last year decided in a come-from-behind win against Lafayette.

But this season, the defending champions have sunk to 2-8.

“We haven’t been very good this year,” senior S Sam McCloskey said frankly. “That having been said, in this game, all bets are off. We have to take it personal that we haven’t had a successful year, and just for our senior group, need to come out on top. It’s going to be huge for our legacy, huge for Lehigh, and huge for our offseason. That’s what you have to take from it.”

One reason why has been the lack of ability of the offense to get the running game going. In Lehigh’s two wins, senior RB Dominick Bragalone has rushed for over 100 yards in both wins. In the seven games where he failed to eclipse 100 yards rushing, Lehigh has lost.

Bragalone who has scored touchdowns in all three times he’s faced Lafayette in the Rivalry, neatly stated his football perspective this week.

“We’ve been playing football for I don’t know how long,” he said. “You play the game because you enjoy the game and have fun. Not a lot of people have an opportunity to play college football, and sometimes it’s taken for granted. Sometimes you need to take a step back and think, how many people would die to be in your shoes? When you look at it like that, no matter what the season is, no matter what the score, you have to thank God that you have the chance to play college football, to have fun, to run around, to hit, to do what you’ve been doing since you’ve been a kid.”

Bragalone still has a few Lehigh school records to pursue or increase, and he also has a very important record to help earn for his head coach. Should the Mountain Hawks win this weekend, Coen would tie the school record for head coaching wins with one of greatest Lehigh head coaches of all time, Bill Leckonby.

But personal records aren’t the biggest thing for Dom.

“The games have been special to me, but even if I don’t have the spotlight on me, it’s not really a huge deal,” he said. “I’m really just here to do my job and help this team win. If I have no touchdowns, and the team wins but I helped the team win, if I block somebody so that QB Brad Mayes can throw the ball, that means just as much to me as being player of the game.”

Dom and Sam feel like the emotions, and the possible achievements, will be something that ensures that the Mountain Hawks will bring a surge of great play for the senior class.

“In every Le-Laf game, there’s that moment,” McCloskey said. “This year, I’m interested to see what that moment is going to be.”