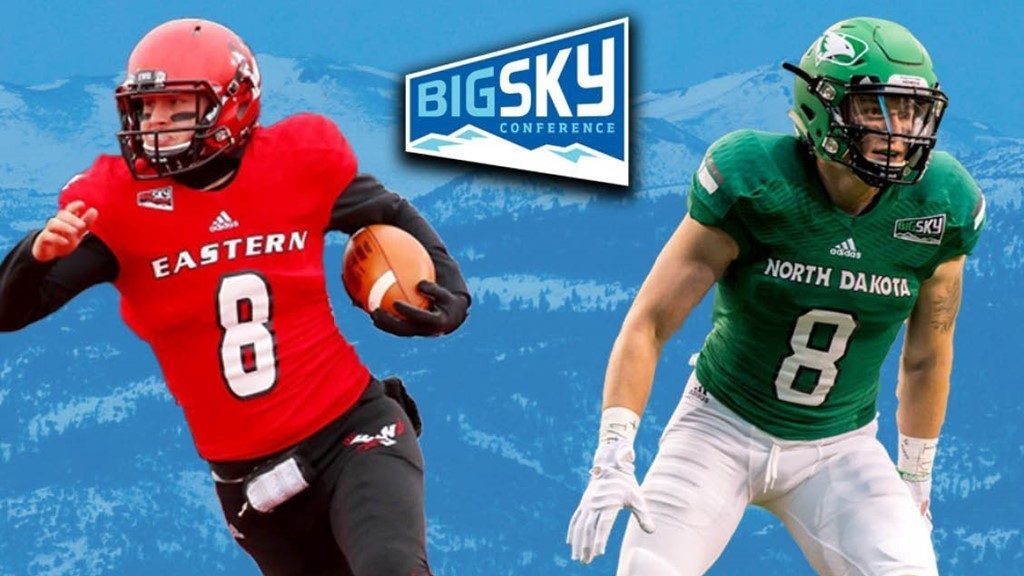 Fearless Prediction: UND is the Big Sky preseason favorite according to both the media and coaches polls. The Fighting Hawks are coming off an undefeated BSC season (8-0) and will look for its first postseason victory this year after losing at home to Richmond a season ago. UND will hope to win the BSC title in its last eligible season. North Dakota will play next season with a Big Sky schedule but will be ineligible for the league crown before moving to the Missouri Valley Football Conference in 2019.

Impact player: S Cole Reyes is the reigning BSC Defensive Player of the Year and will hope for similar results in his senior season. He ranked second on the team with 70 tackles despite missing two games with an injury an added 6.5 TFL’s and 1.5 sacks, while also forcing and recovering a pair of fumbles. He also returned one of his three interceptions on last season for a touchdown and had a career-high eight pass break-ups. He will be a four-year starter and several NFL scouts have touted him as a potential draft pick next April.

Fearless Prediction: The Eagles should again be back near the top of the BCS standings with seven starters back on both sides of the ball. EWU will hope also to get back to a national title game for the first time since winning the title in 2010. EWU has been close the past few seasons but can’t seem to get past the semi-final round—losing last year to Youngstown State was the latest loss. The Eagles will also be breaking in new head coach Troy Taylor, who takes over for Beau Baldwin after he left Cheney for the offensive coordinator position at the PAC-12’s California.

Impact player: QB Gage Gubrud was third in the voting for the Walter Payton Award and was selected to six FCS All-America teams after leading EWU to a 12-2 record and perfect 8-0 Big Sky Conference record. The now-junior had a record-breaking season included the NCAA FCS record for passing yards with 5,160. In all, he broke three FCS records, seven Big Sky Conference marks and 19 EWU records a year ago. He finished with 48 touchdown passes and a Big Sky record of 5,766 yards of total offense, and was also the team’s leading rusher with 606 yards and five more scores.

Fearless Prediction: Coach Jay Hill has the Wildcats poised for taking the next step in the BSC. His team made the playoffs last year—a loss in the first round at Chattanooga but his team returns much of its defense this year and many key pieces on offense.

Impact player: TE Andrew Vollert was the 2016 Newcomer of the Year in the conference. The now-senior led the Wildcats in receptions, receiving yards and touchdowns during the season, helping Weber State to a 7-5 record, a third place finish in the Big Sky. He totaled 62 receptions for 840 yards and seven touchdowns and finished ninth in the Big Sky in receptions per game at 5.2 and was ninth in receiving yards at 70 per game.

Fearless Prediction: The Mustangs most likely will finish as the top rushing team in the BSC again this year after averaging just over 343 yards rushing per game a year ago, which was second in all of the sub-division. Cal Poly must find a replacement at the quarterback spot but should still challenge for another playoff spot given that running oddity in the league. The Mustangs hope to avenge the bad taste of the opening playoff round loss to San Diego this season.

Impact player: FB Joe Protheroe led the league individually in rushing with 1,334 yards and hope to duplicate those efforts in his senior campaign. He was also second in scoring (15 touchdowns) a season ago within the league.

Fearless Prediction: The Lumberjacks should be just fine on the offensive side of the ball with the return of quarterback Case Cookus after a season ending shoulder injury shorten his 2016 season. The question mark for Coach Jerome Souers’ squad, however, will likely be how his defense does with just three starters returning.

Impact player: WR Emmanuel Butler is the top returning receiver in the conference (1,003 yards, 9 TD). He finished the 2016 season ranked nationally in the FCS in receiving yards per game (14th), receptions per game (18th) and receiving yards (19th). He has two 1,000 yard receiving seasons already in his NAU career and looks to add a third this season.

Fearless Prediction: The Grizzlies finished a surprising eighth in the BSC standings last year and missed out of the playoffs following a home loss to in-state rival Montana State to spoil another postseason bid possibility. The Griz defense should again be strong like they were a year ago but the offense will need improvements for an improvement in the standings this year.

Impact player: LB Josh Buss should again be a leader on the Montana defense after he led the league in tackles for a loss with 20. The now-junior racked up 81 tackles, including 43 solo to lead the team. Montana’s defense should center around the intensity and aggressiveness of Buss, who registered at least one quarterback hit in the first five games of last season.

Fearless Prediction: The Thunderbirds shocked both the Big Sky and the national FCS audience in winning the 2015 conference title. Last year was supposed to be a rebuilding year in Cedar City for first year head coach Demario Warren but SUU wound up just missing the playoffs again with a 6-5 record. A more veteran team this year looks to improve and again get back to the postseason this year.

Impact player: DT Rob Torgerson finished last season with 12 tackles for loss, which led the team and also tied for the team lead in sacks with five. Overall, the now-senior finished the season with 33 tackles and should again be the plug in the middle in the SUU defense.

Fearless Prediction: Coach Jeff Choate’s inaugural season last year ended on a high note. MSU won their final two regular-season games, including a spoiler-role victory over Montana that shut down the Grizzlies’ playoff hopes. Last season produced far more pain, however, than pleasure for the Bobcats as MSU ended the season 4-7 overall and 2-6 in conference play. With several key players back, MSU hopes to get back towards the top of the standings.

Impact player: QB Chris Murray won the Big Sky Freshman of the Year honors last year after rushing for a freshman record 860 yards. Throwing the ball was one area of concentration in the off-season and how well he improves here will likely show how well the Bobcats can improve. Last year, he only completed 45% of his passes and just 778 yards after starting the last five games of the season.

Impact player: WR/RS Hakeem Deggs was a first team All-Big Sky performer as a return specialist. In ten games returning kicks, he recorded 563 return yards and also was the Bears top wide receiver. The now-junior accumulated 10 touchdowns in 11 games and finished the year with 449 yards. His best performance came in the last game of the season. Deggs put up 3 receiving touchdowns and 128 yards receiving against Cal Poly.

Fearless Prediction: The Vikings will hope to rekindle the magic of two seasons ago for Coach Bruce Barnum and PSU does return 15 starters this year in the hopes to do just that. But the team will need to replace quarterback Alex Kuresa, who led the team in both passing and rushing a year ago despite the team slipping to a 3-8 overall mark.

Impact player: DT Anthony Del Toro was an impact player right out to the gate last year in his true freshman season. He earned the starting role right out of camp and never gave it up and started all 11 games for the Vikings. He made 33 tackles to rank eighth on the team and also had three tackles for loss, 2.5 sacks, two pass breakups and a forced fumble and will look to lead the Vikings upfront in his sophomore season.

Fearless Prediction: The Aggies hired former FBS Boise State and Colorado head coach Dan Hawkins in the hopes to turn around his alma mater. He will need to work on the offensive side to find a new quarterback after the loss of three-year starter Ben Scott. UC Davis finished just 3-8 overall last year and will Coach Hawkins hopes to bring his winning mentality back to the once proud DII program.

Impact player: WR Keelan Doss finished with 66 receptions in 11 games for a total of 911 yards and 10 touchdowns in 2016. The now-junior recorded his longest catch of 58 yards against Sacramento State to finish the season in the Causeway Classic. He hopes to also break-in the new Aggie quarterback with a dependable target this season.

Fearless Prediction: The Hornets seemed to be prone to the big play given up on defense and this needs to be a focus this season. Sacramento State finished just 2-9 overall last year so there seems to be nowhere to go but up. The defense should be better with a veteran group and also have a experienced quarterback in Nate Ketteringham.

Impact player: DE Ben Sorensen led the team with 11.0 tackles for loss and 5.5 sacks and finished the year with 42 total tackles. The now-senior had five quarterback hurries, forced a team-high three fumbles and recovered two.

Fearless Prediction: The Bengals seem to be a somewhat in disarray after the “retirement” of Coach Mike Kramer. While he technically retired, it was speculated he was forced to do so after six years in Pocatello, where he led Idaho State to an 18-50 record, including 10-38 in the Big Sky play. New Coach Rob Phenicie, was the former Bengal offensive coordinator and was named to the same position at Northern Iowa before coming back to ISU and hopes to turn around the Bengal program.

Impact player: LB Mario Jenkins was third in the Big Sky last year with 9.3 tackles per game and totaled 93 tackles overall in the ten games he played. The now-senior should provide leadership on the defense.