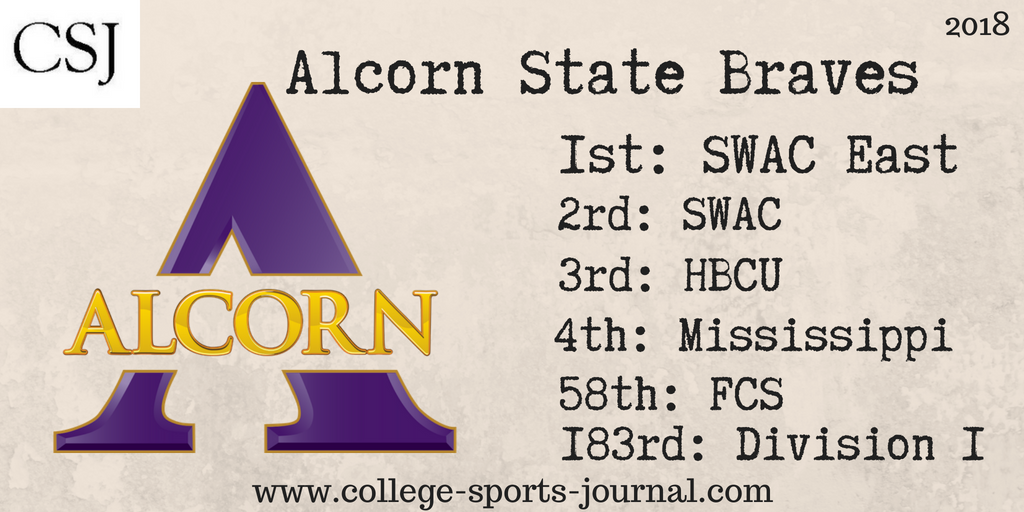 Biggest Shoes to Fill: RB DeLance Turner ran for 1,357 yards last season, setting a school record, and had the second-highest rushing yardage total in all of FCS. He currently is in training camp with the NFL’s Baltimore Ravens.

Key Player: With Turner graduating, all eyes point to RB P.J. Simmons to see if he can equal Turner’s production now that it’s no longer a Turner-Simmons 1-2 punch out of the backfield. He showed plenty last season, gaining 687 yards and scoring 7 touchdowns, but he’ll need to do that and more now that he’s going to be the big dog in the backfield.

Fearless Prediction: Alcorn State has plenty of talent to win SWAC East once again, but the bigger question is whether they have enough to finally beat Grambling and compete for a spot in the Celebration Bowl for the first time since 2015. During the regular season, the Braves host the Tigers in a regular-season clash that will undoubtedly have the feel of a bowl game. Can they knock them out?