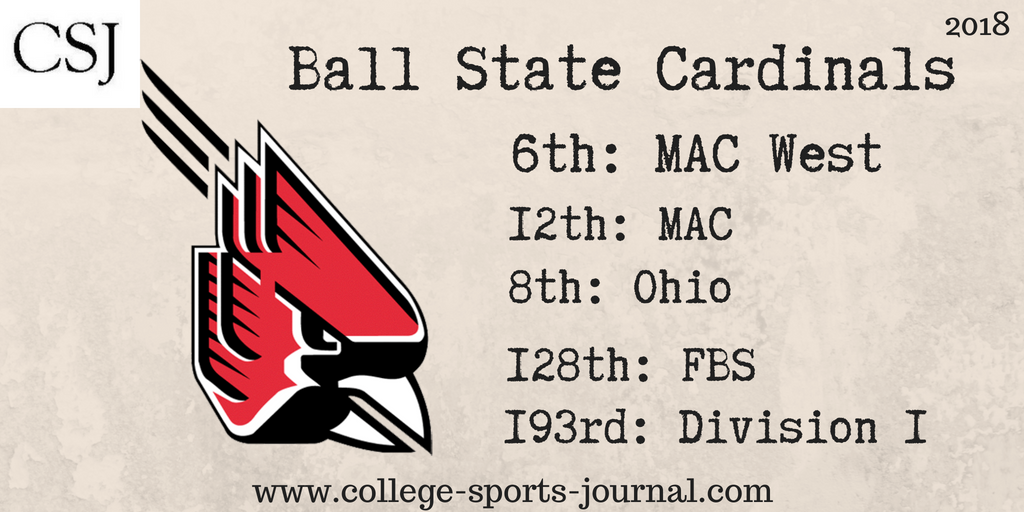 2017 In A Sentence: The Cardinals started off the season well with a 2-1 record after three games, but then the team lost its last nine games, including all eight within MAC play to finish 2-10 overall.

Biggest Shoes to Fill: DE Anthony Winbush ended his career tied for the Ball State career record for sacks (25). His 11.5 sacks this season ranked fourth nationally a year ago. He tallied at least one sack in seven games in 2017, including a personal-high 3.0 sacks in the season opener at Illinois. Winbush also led the nation in forced fumbles (5) and ranks 13th nationally in tackles for loss (16.5).

Key Player: RB James Gilbert played in the first three games with two starts at running back last year in what would have been his junior campaign. However, he suffered a hand injury on Sept. 16 against Tennessee Tech and did not play the rest of the season in which he received a medical redshirt and will replay his junior season. He currently ranks ninth on Ball State’s all-time rushing list (2,147 yards). He was a difference maker that the Cardinals need and was evidenced in the three games in played in last year. He scored a touchdown in all three of those games, including twice in the win over UAB on Sept. 9

Fearless Prediction: With just six starters lost on offense and defense, this team has the experience it needs to do better than a last place finish again. The question is if it will translate into victories–it has not historically been the case for Ball State.