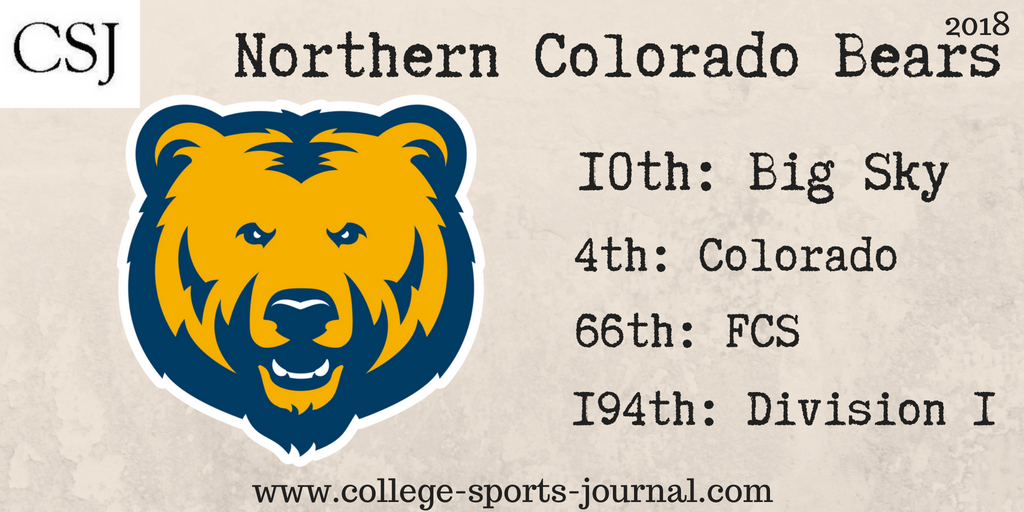 2017 In A Sentence: The Bears finished with just a 3-7 record overall and just 2-6 in BSC play–playing only 10 games as its scheduled 11th game was canceled at Florida due to a hurricane.

Biggest Shoes to Fill: S Stpne Kane was a team captain for UNC in 2017 and he led by example on the field. Kane ended the season with a team-leading 91 tackles, including 38 solo tackles. Patrolling the backfield the senior safety recorded a pair of interceptions and broke up five passes.

Key Player: Senior WR Alex Wesley was one of the most complete receivers in the Big Sky Conference. Wesley led Northern Colorado with 1,010 yards and six touchdowns on 55 receptions a year ago. He became just the ninth player in program history to record a 1,000 yards receiving season. Wesley looks to join elite company in Vincent Jackson as only the second player in program history with two 1,000 yards seasons.

Fearless Prediction: The Bears have stepped up in the scheduling department with all three non-conference games against FCS competition. All three are to start the season before finishing with all Big Sky play. UNC has shown it can compete in the bottom part of the league. To improve, the Bears need to start winning some against the higher half of the league.