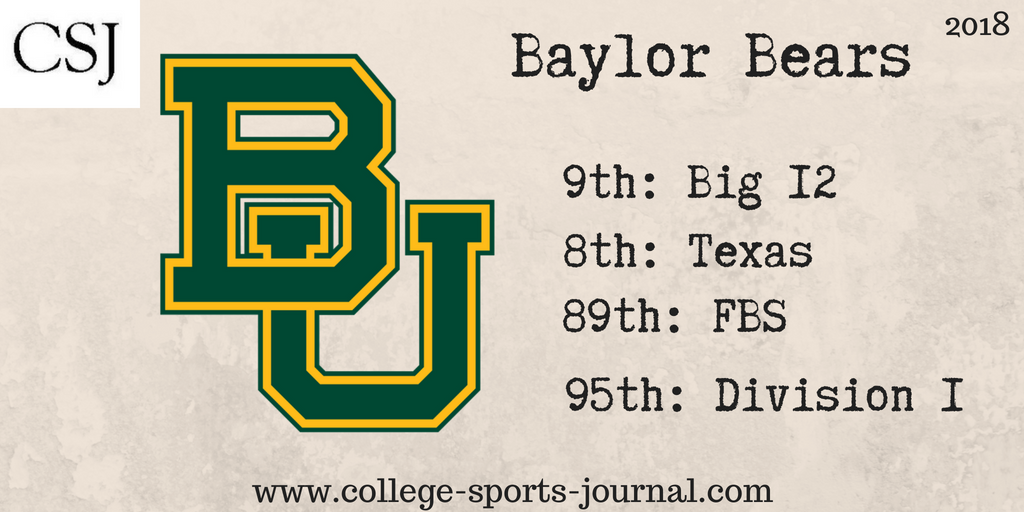 2017 In A Sentence: The Bears won just a single game to finish 1-11 overall thanks to a road trip to Kansas but four losses were by eight points or fewer, and the team was in a few other games that got out of hand late.

Key Player: QB Charlie Brewer was given the Big 12 Freshman of the Year award, joining Robert Griffin III in 2008 as the only Baylor players to win this award. Brewer started the final four games of the season for Baylor in 2017. He passed for 1,562 yards on the season with 11 touchdowns and four interceptions and led the Bears to the only win over Kansas.

Fearless Prediction: With one of the nation’s most experienced teams returning, and with some excellent transfers, Baylor very much could be a dangerous team again in the Big 12.