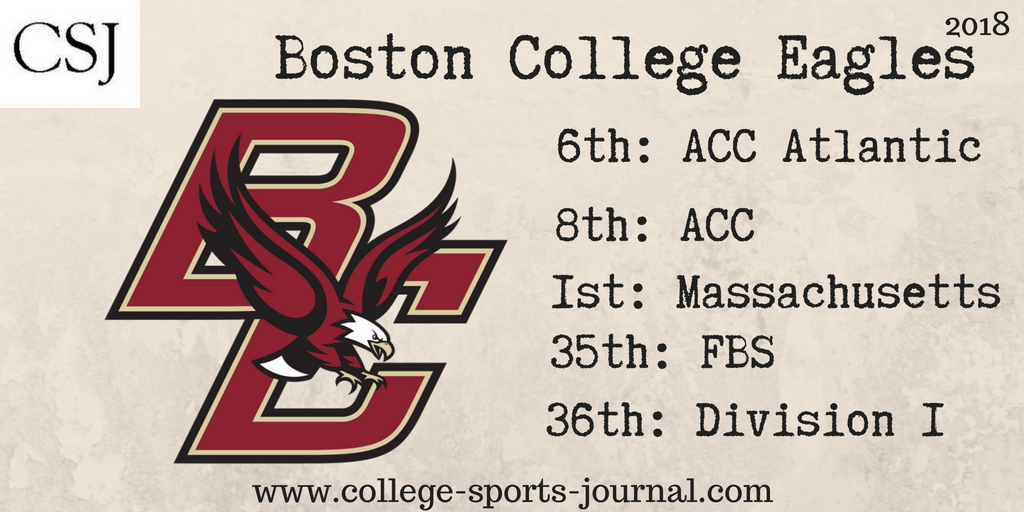 2017 In a Sentence: Much like most of the middle of the ACC, the Eagles hovered around .500 all year finishing 7-6, losing to Iowa in the Pinstripe Bowl.

Biggest Shoes to Fill: LB Ty Schwab led the Eagles with 101 tackles in 2017. Schwab had 10 tackles, a sack and an interception to lead the defense in a dominating 35-3 win over Florida State. While Schwab’s production is a huge hole to fill, the Eagles appear to have some answers, including top DB Lukas Denis.

Key Player: RB AJ Dillon rushed for 1,569 yards as a freshman in 2017 with 14 touchdowns. With a year of playing experience, Dillon could have an outside shot at 2000 yards rushing. Dillon projects to be one of the best backs in the entire FBS. Might he end up in the Heisman conversation in the next couple years?

Fearless Prediction: Boston College may be the dark horse in the ACC this year. They have tools on both sides of the ball –players like Denis and Dillon – to be successful. Look for them to take a jump in the top tier of the ACC and give fits to teams like Clemson and Miami despite the current projections.