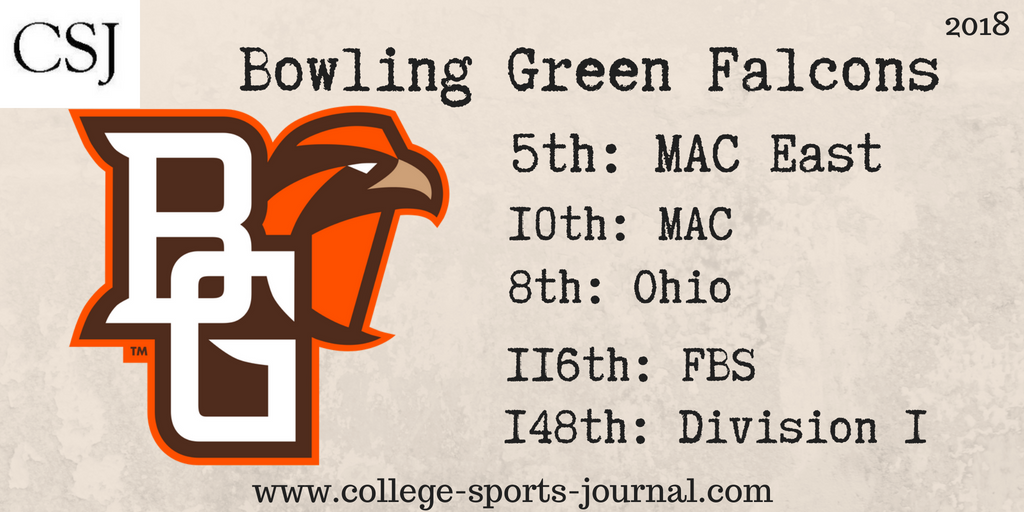 2017 In A Sentence: The Falcons were a very young team and slumped to a 2-10 overall record (2 wins coming in MAC play) with the biggest area of concern being the defense that gave up on average over 38 points and over 500 yards per game.

Biggest Shoes to Fill: P Joseph Davidson was one of just seven punters to go to the NFL combine this past spring. He broke BGSU’s career records in nearly every punting category. He is fourth in NCAA history in punting average among those with at least 250 career punts. In 2017, Davidson led the MAC at 44.0 yards per punt and his net punting average of 42.3 yards was best in the MAC and among the top five in the nation.

Key Player: QB Jarret Doege won the signal caller starting position in his freshman campaign. He was efficient in completing 63% of his passes for 1,381 and 12 touchdowns with just three interceptions. The Falcon offense was more ground orientated with the bulk of the carries going to fellow sophomore Andrew Clair and how Doege does to mix in the passing game this year just might be how well BSGU improves.

Fearless Prediction: The offense last year was not the real problem as mentioned and the defense gets a new coordinator in Carl Pelini, the brother of current Youngstown State and former Nebraska head coach Bo Pelini. How well the defense improves will be how well the Falcons will do this season.