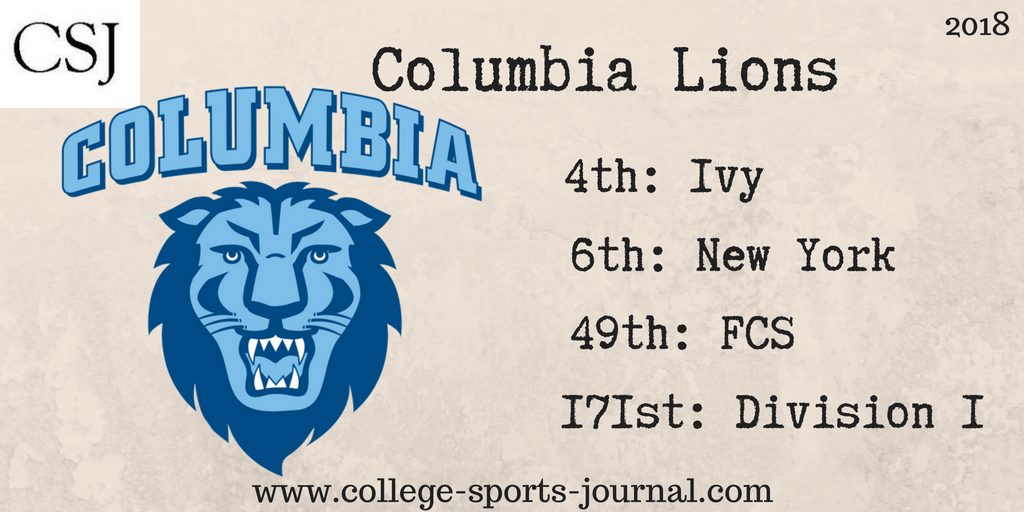 2017 In A Sentence: For the first time since 1996, a Columbia Lions team went 8-2 last season in Year Three of Al Bagnoli‘s project to make the Lions into perennial Ivy League contenders. Columbia was everybody’s feel-good story at the FCS level, which was only the 3rd time in the last 25 years that the Lions finished with a record over .500.

Key Player: One of the less-appreciated aspects of the Lions’ resurgence is the fact that they have quietly created the best secondary in the Ivy League, leading the conference with 13 interceptions as a unit. Team captain DB Landon Baty led that unit with 4 picks, and his continued leadership will be critical in Columbia remaining as one of the top pass defenses in the Ivy League.

Fearless Prediction: The “losing season” monkey is truly off of Columbia’s back. The next question is whether they can take the next step and compete for the Ivy League title. There seems like a lot to replace to do that. Week One’s opener against NEC title contender Central Connecticut State will be a critical early test as to whether Bagnoli will have been able to develop another tremendous senior class.