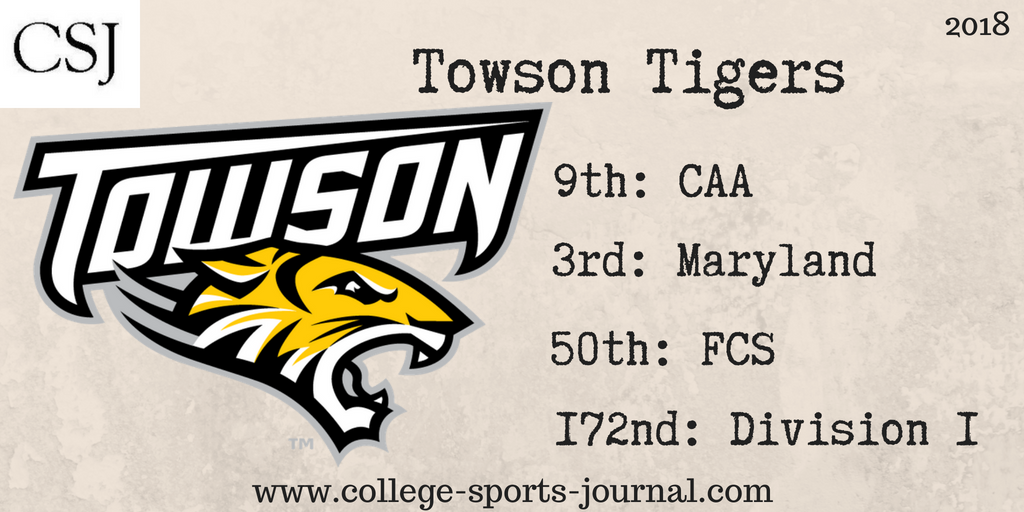 2017 In a Sentence: Towson was a middling team in 2017 but finished the season strong, winning 3 of its last 4 games and its only loss was in double overtime to playoff-bound Elon.

Biggest Shoes to Fill: DL Kanyia Anderson led the team in sacks with 9. He also returned a fumble 93 yards for a touchdown. Towson will need to find leadership along the defensive front to help win in the trenches. The Tigers have to slow down opponents more than they did last year, as they yielded 356 yards per game.

Key Player: Its cliché to say the quarterback is the key player on a given team, but rising sophomore QB Ryan Stover accounted for approximately 2/3 of Towson’s offense this year. Stover did not have a good spring according the head coach Rob Ambrose, so he will have to shake the bad spring and start strong. How Stover responds to Ambrose’s words will be a big factor in how well Towson does this year.

Fearless Prediction: Towson’s schedule seems to guarantee that they will struggle in 2018, with the always-rough CAA conference schedule ending with James Madison, adding The Citadel and Wake Forest to that gauntlet. Can they reach .500?