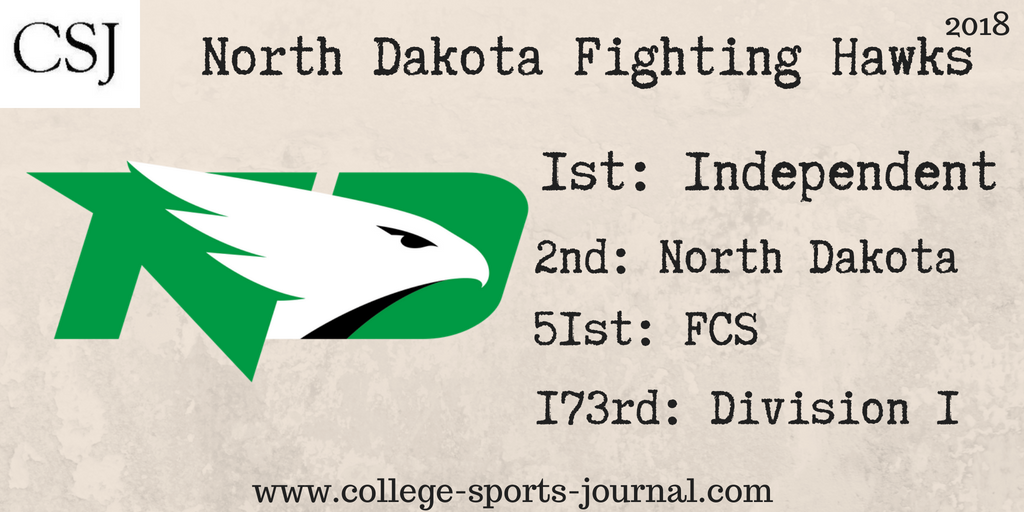 2017 In A Sentence: The Fighting Hawks entered the season with a Top 10 FCS ranking and were preseason favorites to repeat as Big Sky Champions but an injury plagued season saw as many as 14 starters out of the lineup at one point forced the team to limp to a disappointing 3-8 overall finish.

Biggest Shoes to Fill: S Cole Reyes saw his final collegiate season cut short by an injury suffered in the Fighting Hawks’ Big Sky opener vs. Montana State. He totaled 25 tackles, including 17 solo stops in his four contests during a season where he was pegged as the Big Sky Preseason Defensive Player of Year. Reyes concluded his UND career with 225 tackles, 19.0 tackles for loss, 2.5 sacks and five interceptions.

Key Player: Senior RB/KR John Santiago led the FCS with 1,780 total all-purpose yards in the regular season and was second among FCS players with 161.8 all-purpose ypg. Santiago, who was a first team All-Big Sky performer at running back for the third-straight season as well in 2017, put together his best season as a return specialist and led the Big Sky with a 6.0 ypc average.

Fearless Prediction: Although being classified as an independent for football in 2018 and 2019, they will continue to play a full Big Sky schedule and their games will count in the conference standings for their opponents but the Fighting Hawks will be ineligible to win the conference championship. UND, however, will be eligible for an at-large FCS playoff spot. This could be a possibility just as it won the Big Sky championship in 2016 if the injury bug doesn’t hit the team again this season.