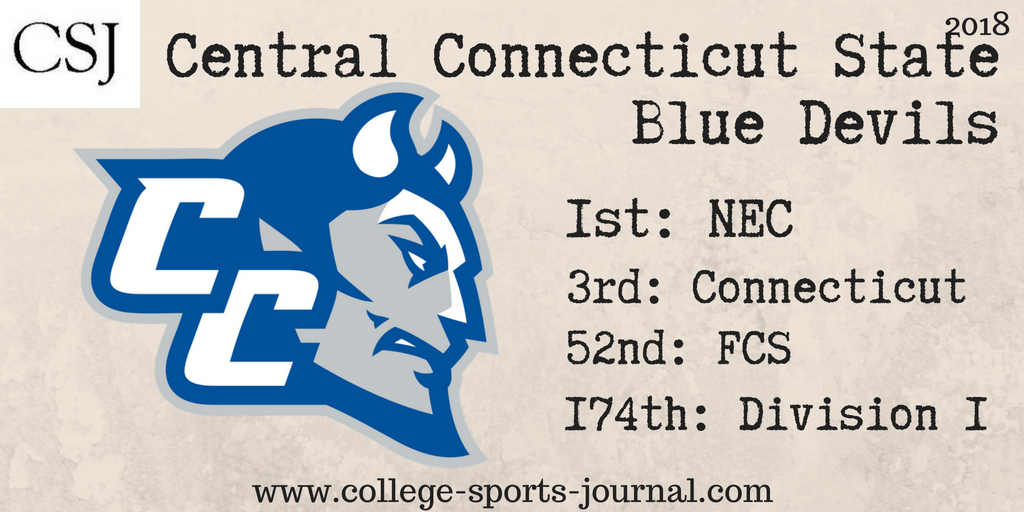 2017 In A Sentence: On October 14th, the Blue Devils won an epic 4OT battle against Wagner, 51-45, and after that game the Blue Devil defense simply shut down the rest of the NEC, yielding only 16.25 points as CCSU won the NEC championship and earned their first-ever appearance in the FCS playoffs.

Biggest Shoes to Fill: There is some productive senior leadership on the defense that is lost to graduation, but perhaps the biggest shoes to fill belong to DE Seth Manazares, who notched 66 tackles and led the Blue Devils in both tackles for loss (12 1/2) and sacks (5 1/2).

Key Player: The Blue Devils were a very intriguing group last year with productive seniors matched with some very talented underclassmen, none more talented than OL Connor Mignone, who, in a very unusual move, was Offensive Freshman of the year in the NEC last season, the first freshman to do it and possibly the first offensive lineman to win it as well. The Blue Devils lose a 1,000 yard rusher, but CCSU fans have a lot of confidence that the offensive line, led by Mignone, is up to the challenge of paving the way for another.

Fearless Prediction: Pete Rossomando‘s team won’t surprise anybody in the NEC in 2018, and the amount of seniors lost to graduation is a concern, but enough underclassman talent returns that the Blue Devils are the team to beat in 2018. NEC watchers might want to circle November 17th on the calendar, for Duquesne at CCSU might determine the NEC champion and FCS playoff participant this year.