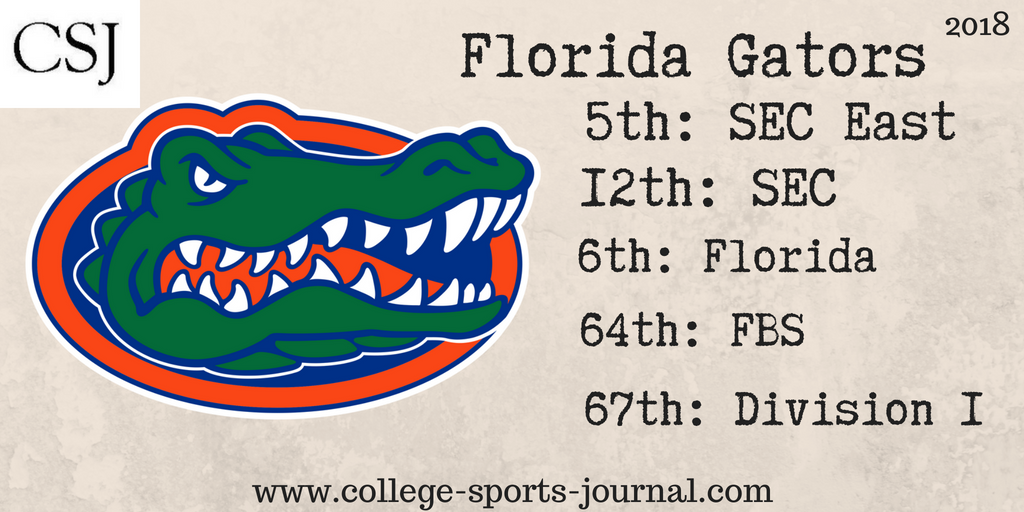 Biggest Shoes to Fill: DT Taven Bryan was a All-SEC second team performer last year and was the plug in the middle. He rcorded 40 total tackles, six tackles-for-loss, four sacks and three quarterback hurries. He was drafted in the NFL Draft’s first round by the Jacksonville Jaguars.

Key Player: DE Cece Jefferson could thrive as a stand-up rusher this year with the defense moving to a 3-4 alignment. The now-senior totaled 47 tackles, which ranked fourth on the team. He led the team in tackles-for-loss (13.5 for 38 yards) and sacks (4.5 for 14 yards).

Fearless Prediction: Coach Mullen comes to Gainesville from Mississippi State and was a former offensive coordinator for the Gators when Florida won two national titles in the mid-2000s. His team this year will have plenty of pieces but question marks remain especially with the change of schemes on both sides of the ball . The future looks bright, but this year will likely see several growing pains but this team likely has enough to get to bowl-eligibility.