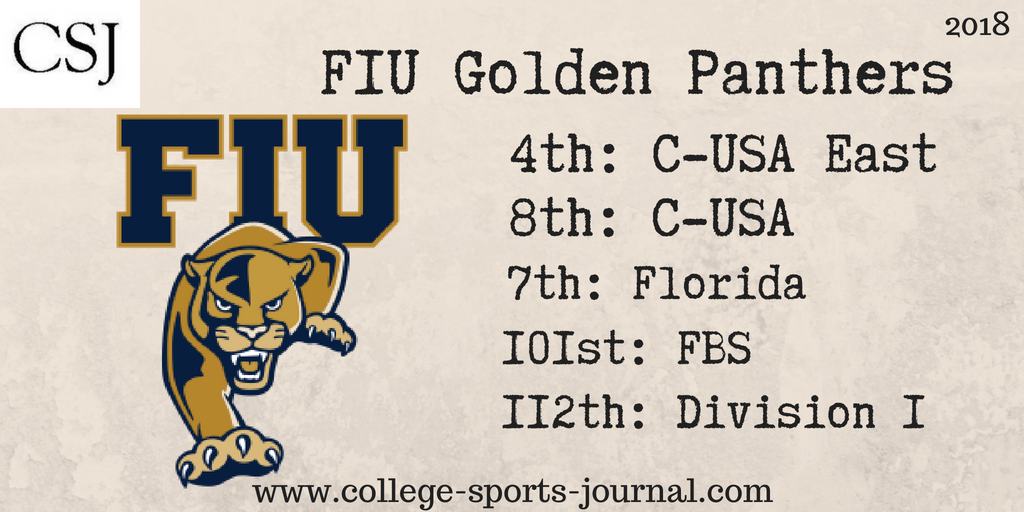 2017 In A Sentence: FIU exceeded expectations with an eight-win (8-5 overall) season and went to a bowl game for the first since 2011 but lost handedly in that game to Temple (28-3) in the Gasparilla Bowl.

Biggest Shoes to Fill: Being without QB Alex McGough was something the Panthers faced in the bowl game. McGough left the game early with a fractured collarbone and the FIU offense sputtered from there. McGough ended his senior season with a completion percentage of 65.3% and a passer rating of 142.8, both school records. He was drafted in the 7th round in the NFL Draft by the Seattle Seahawks.

Key Players: WR Bryce Singleton will provide a good target for the new quarterback (who will be named likely just before the Panthers’ first game Sept. 1) but whoever gets the nod will have a star in the making. Going into his sophomore season, Singleton is coming off just a 17 reception but 13 of those catches were in the last six games.

Fearless Prediction: With just a total of eight starters back from both sides of the ball, FIU will likely take a set-back during the rebuild. But the schedule (aside from trips to Indiana and Miami (FL), is not extremely daunting. If the newcomers can pickup the slack, this team could be back in a bowl game again.