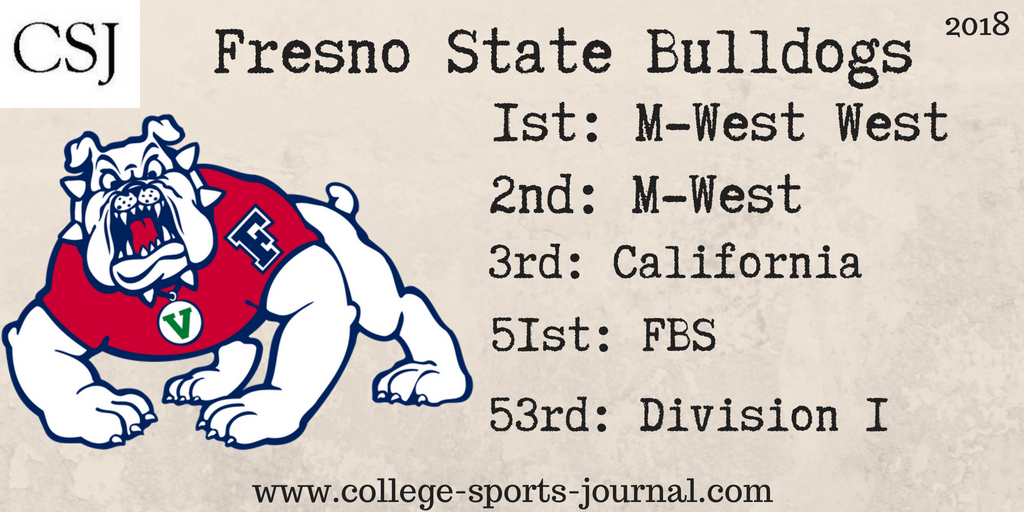 2017 In A Sentence: The Bulldogs, who were coming into the season after finishing 1-11 in 2016, overcame two early losses to end the season with a 10-4 overall record, which included a Mountain West Conference West Division championship and a win in the Hawaii Bowl over Houston 33-27.

Biggest Shoes to Fill: K Jimmy Camacho set the single-season program record for the most made field goal with 25 and tallied the second-most points by a kicker in a single-season in program history with 116. He tied for the second-most made field goals (25) in the nation in 2017 and ranked second in the Mountain West and 19th in the nation in points scored (116) in 2017. With a team with many other returners, the place kicker will be a big position lost for the Bulldogs.

Key Player: QB Marcus McMaryion only joined the Bulldogs until midway through fall camp after transferring from Oregon State last season, he emerged as the Bulldogs’ starting quarterback by mid-September.As the starter, McMaryion went 9-2 and passed for 2,726 yards with 15 touchdowns and five interceptions. The senior also completed 62 percent of his attempts — the first player to accomplish that feat since Oakland Raiders’ quarterback and former Fresno State star Derek Carr.

Fearless Prediction: With a total of 17 starters back and coming off a division championship, the Bulldogs are the favorites to repeat that MWC West Division champions. The second to last regular season home game against San Diego State likely will determine if Fresno State will repeat.