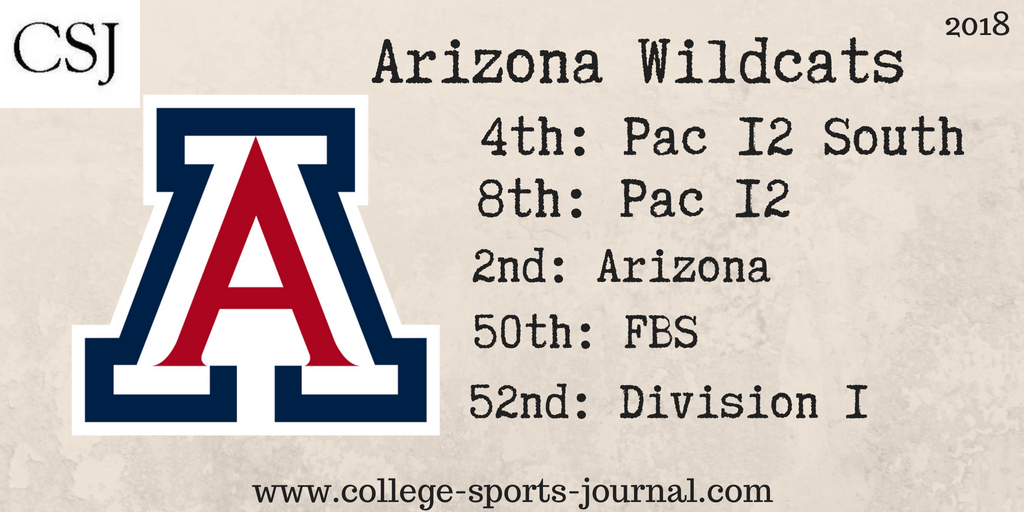 2017 In A Sentence: The Wildcats finished 7-6 overall but lost their last three games including the Foster Farms Bowl to Purdue and after three straight years of disappointing results, Arizona parted ways with head coach Rich Rodriguez.

Biggest Shoes to Fill: S/CB Dane Cruikshank ranked fifth on the team with 75 total tackles, tying for second in interceptions with three and ranking third in pass breakups with five. He was selected in the fifth round of the NFL Draft by the Tennessee Titans.

Key Player: QB Khalil Tate was a dual threat signal caller last year where he showed more with his legs as he rushed for 1,411 yards. But he did show some promise in the passing game as well in posting the Pac-12’s best pass-efficiency rating of 152.4 and passed for 144.6 yards per game, while totaling 14 passing touchdowns.

Fearless Prediction: Former Texas A&M head coach Kevin Sumlin comes to Tucson for the same position with the Wildcats. Arizona has a fairly soft out-of-conference schedule before hosting USC to get used to its new coaching scheme. With 16 starters back, experience should not be a concern but getting better on defense will be the key to improving on the seven-win mark. Look for Arizona to be slightly better than that output this year.