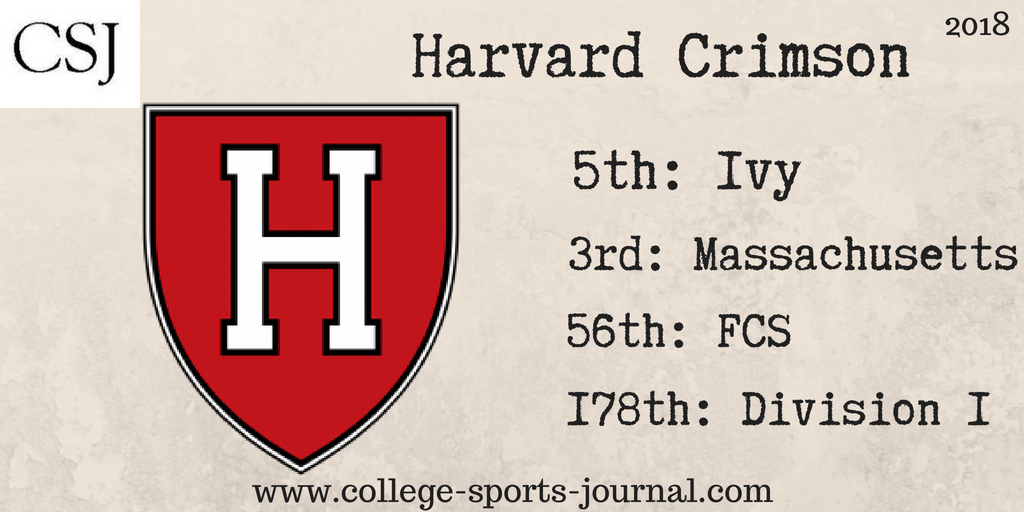 2017 In A Sentence: A Harvard football team out of the title race by the time they faced off against their Rivals Yale? That’s indeed what happened as the Crimson dropped three of their last five games o finish at an uninspiring 5-5 record.

Biggest Shoes to Fill: Harvard’s .500 record came from a fairly young team, but one guy they will miss is S Tanner Lee, who notched 54 tackles and managed 4 takeaways, 1 forced fumble and 3 interceptions.

Key Player: There’s little doubt that WR Justice Shelton-Mosley is the sort of dynamic playmaker that will have NFL scouts drooling this fall, with 1,107 all-purpose return and receiving yards. Head coach Tim Murphy and the Crimson coaching staff’s challenge has been to translate that athleticism into consistent offensive production that dominates the other teams in the Ivy League. Can Shelton-Mosley become the type of player that takes over a game and makes some victories that should have been defeats?

Fearless Prediction: Is the era of Harvard football Ivy League dominance at an end? It feels a little early to shovel dirt on top of the Crimson just yet, but last year’s 5-5 record has to at least give one pause, especially when considering one of their losses came to Rhode Island early in the year and that for the first time since forever, Harvard had a losing record in conference play. The Crimson’s early-season schedule will be a better test than in years past, and an early run through their out-of-conference games could indicate another Ivy League title run in their future. But they have to solve their offensive woes first. If they do, they’ll prove 2017 was an aberration.