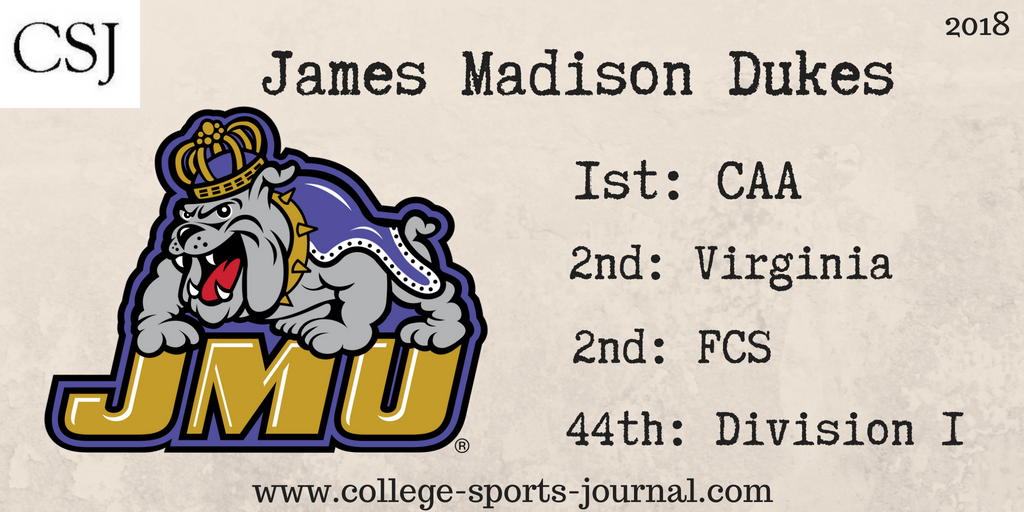 2017 In a Sentence: James Madison was dominant throughout the season in 2017 led by a defense that was almost impenetrable. Until the FCS National Championship game, the Dukes trailed for a total of 34 minutes and 24 seconds. The Dukes ran through the season undefeated, but fell short of their ultimate goal, losing 17-13 to North Dakota State in Frisco.

Biggest Shoes to Fill: The Dukes lose 12 starters from the 2017 team. Many of those holes will be plugged by players who saw significant action and are ready to step in for the 2018 season. The spot with the biggest question mark is at QB, where QB Bryan Schor leaves after guiding the Dukes to a 30-4 record as a starter. Head coach Mike Houston will make a decision between QB Cole Johnson or QB Ben DiNucci to fill the void left by Schor.

Key Player: Once a starter is selected, his top target is expected to be junior WR Riley Stapleton, who had a coming out party in last year’s FCS playoffs. The Dukes think that Stapleton can be the go to receiver and one of the best in the county to go along with one of the deepest stables of running backs in the country. If he continues his progression as a junior, the Duke offense will be just fine.

Fearless Prediction: The Dukes have more than enough firepower to dominate the CAA and to get back to Frisco. Will they achieve the goal this season?