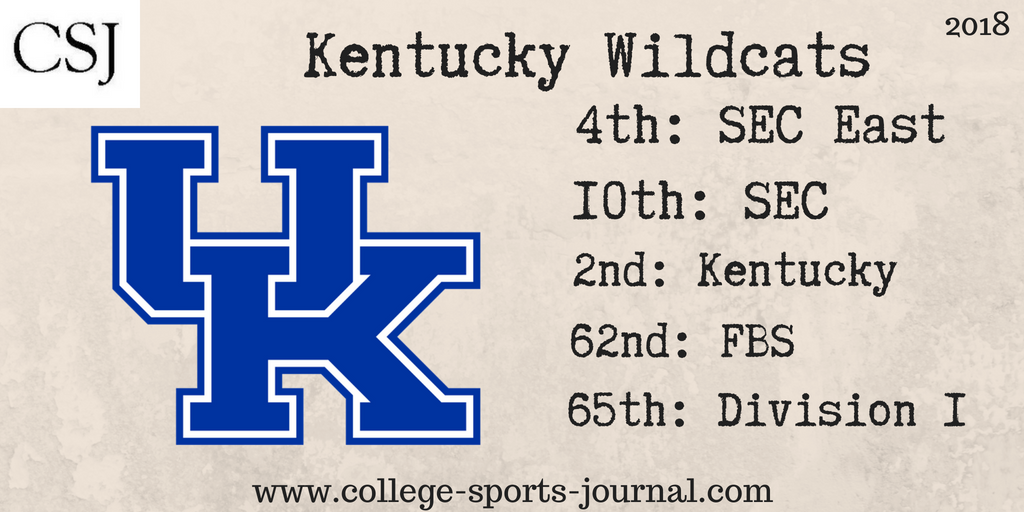 2017 In A Sentence: Kentucky started the season out at 5-1 but slumped to a 7-6 overall mark and lost its last three contests including the Music City Bowl to Northwestern.

Key Player: RB Benny Snell, Jr. finished his freshman year in 2016 with 1,091 yards at 5.9 per carry. He started 2017 averaging only 4.1 yards per carry through UK’s first seven games. From there, though, he looked like Snell again. He averaged 155 yards per game and 6.3 yards per carry through the end of the regular season. With a new quarterback (likely between sophomores Oregon/JUCO transfer Terry Wilson or Gunner Hoak), the Wildcats will likely need to rely on Snell’s running attack on offense.

Fearless Prediction: The Wildcat defense should be the most experienced in Coach Stoop’s tenure but will need to improve as it was up and down last year. Stoops has won between five and seven games for four straight years and that number will likely continue this year but there is enough talent on this team to get at least to the six-win bowl eligibility qualification.