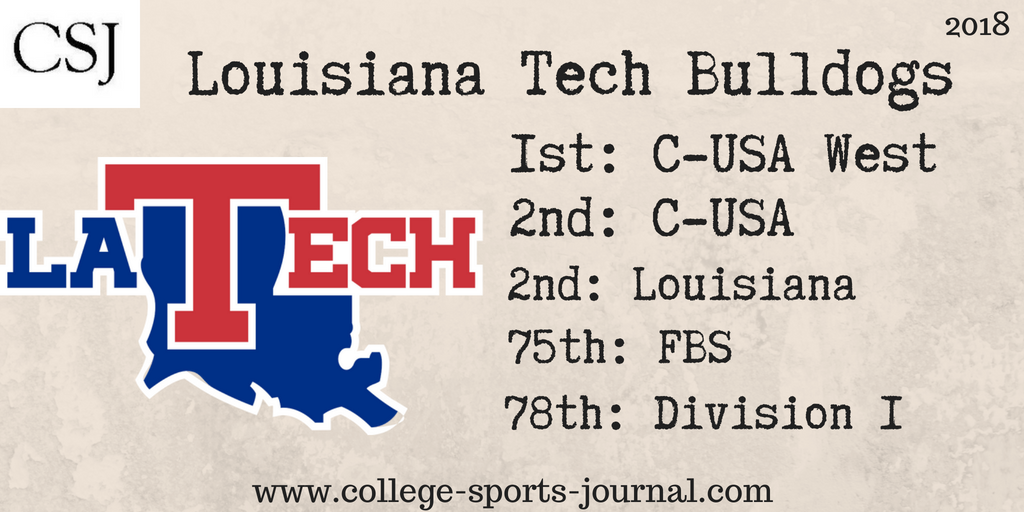 2017 In A Sentence: Louisiana Tech missed out on a third division title in four years because of a trio of one-point losses and another in overtime and finished in fourth place in the C-USA West but a blowout win over SMU salvaged a 7-6 overall record.

Biggest Shoes to Fill: RB Boston Scott racked up 1,047 yards and 8 touchdowns on the ground this past season. Scott also had 20 receptions in 2017 for 181 yards and a touchdown. The shifty speedster earned All-Conference USA Honorable Mention honors. He was selected in the sixth round of the NFL Draft by the New Orleans Saints.

Key Player: QB J’Mar Smith started the majority of last season as a sophomore. He was up and down last year as he was fourth in the C-USA in passing yards per game (228.8) but also fourth worst in pass efficiency (127.5). He did throw for 16 touchdowns and just five interceptions. If he can improve in his junior year, so should the offensive effectiveness.

Fearless Prediction: The Bulldogs should again be right in every game and if they are close at the end, they should be able to use last year’s failures at this time of games to at least pull out some of these. This should be enough to win the C-USA West and head back to the C-USA title game.