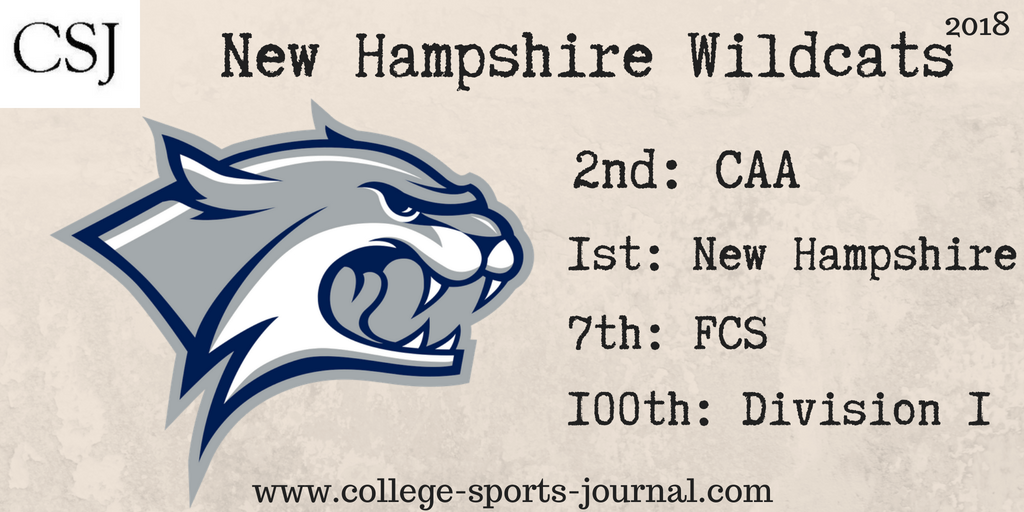 2017 In a Sentence: New Hampshire battled some inconsistencies on both sides of the ball in 2017. They were led by dynamic QB/WR duo Trevor Knight and Neil O’Connor on offense and finished the regular season 7-4. The Wildcats won two rounds in the playoffs before bowing out in the quarterfinals to South Dakota State.

Biggest Shoes to Fill: DT Rick Holt led the team in sacks and was second in tackles in 2017. New Hampshire had an otherwise young defense. They will need to find a presence along the defensive line to get to the quarter back to allow the secondary to be successful in the passing game. Key Player:It would be way too easy to pick Knight or O’Connor here. Nobody doubts that the Wildcats’ offense will be in good shape -Knight is the preseason CAA player of the year and O’Connor is one of the top receivers in the entire FCS. The Wildcats will put up points. The question is: Can they keep points off the board on the other side? The defense improved throughout the course of the 2017 season, thanks to the emergence of LB Quinlen Dean. They will need to continue to take leaps forward to support the offense.

Fearless Prediction: O’Connor will have over 100 catches this season despite being the focus of every opponent’s secondary, and New Hampshire has a chance to ride Knight and O’Connor to a deep run in the FCS Playoffs.