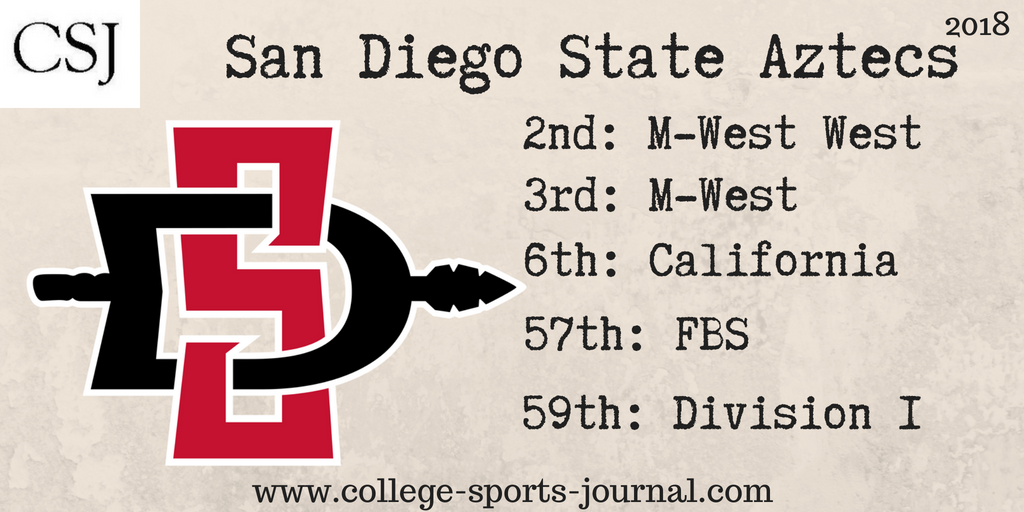 2017 In A Sentence: The Aztecs have become a dominant force in the Mountain West, although SDSU slipped a little last year in finishing second in the division to Fresno State but still finished 10-3 overall–its third straight season of at least 10 wins but an Armed Forces Bowl loss to Army soured the season a little.

Biggest Shoes to Fill: RB Rashaad Penny posted the top rushing campaign in school history (nation-leading 2,248 yards along with 23 touchdowns). He finished in a fifth-place finish in Heisman Trophy voting last year. He was selected in the first round of the NFL Draft this past spring by the Seattle Seahawks.

Key Player: RB Juwan Washington looks to be the next big running back in the recent history of the Aztecs–joining Penny and before him Donnel Pumphrey. After just two seasons in a back-up role, Washington already has 1,200 yards rushing so he likely will not be a drop-off at all to the production Penny.

Fearless Prediction: San Diego State has the talent to try for a third MWC title in four years especially since six starters return on defense. Two games in the first three against Pac-12 foes in Stanford and in Arizona State will really tell us how good this team will be. Expect SDSU to be in the MWC West title hunt and the game at Fresno State in mid-November will likely be the essential division title game.