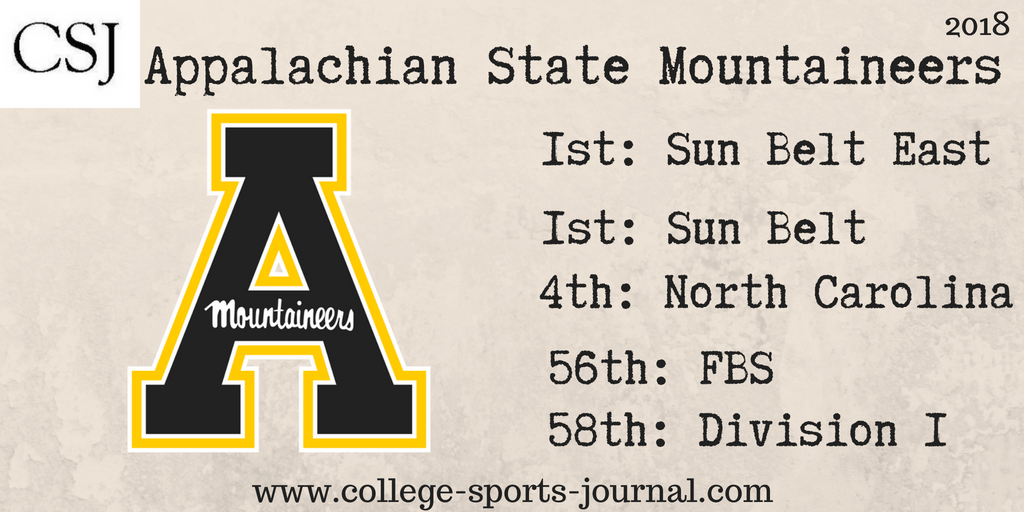 2017 In A Sentence: Appalachian State won a share of the Sun Belt Conference title with Troy last year in finishing 9-4 overall, including a blowout 34-0 win over Toledo in the Dollar General Bowl.

Biggest Shoes to Fill: QB Taylor Lamb finished his college career first in App State and Sun Belt Conference history with 90 touchdown passes. He played in 51 career games, starting the final 49 and posting a 36-13 record. For his career, he had 9,786 passing yards, 2,008 rushing yards, 90 TD passes, 32 interceptions and 23 rushing touchdowns.

Key Player: RB Jalin Moore is set to be one of six FBS players entering 2018 with back-to-back seasons of 1,000 rushing yards. He is the only active FBS back who’s rushed for at least 235 yards in four career games. His 3,170 career rushing yards are second-most among returning FBS players (Myles Gaskin of Washington has 4,055).

Fearless Prediction: The defense looks to be as tough as it was last season but have one key hole to fill with the quarterback position but should be fine elsewhere on offense. Look for the Mountaineers to be in the first ever Sun Belt Championship game and for them to raise the trophy.