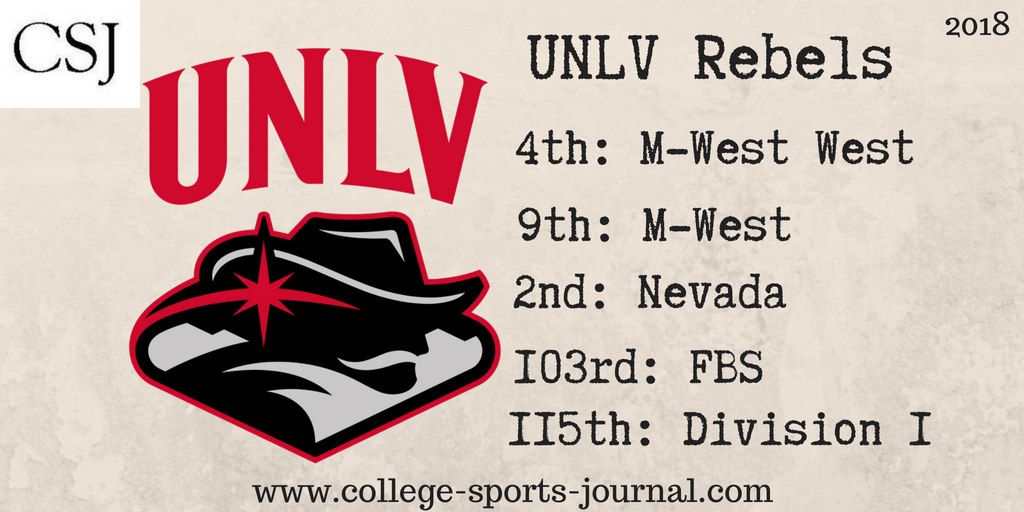 2017 In A Sentence: It was a season of what might have been for the Rebels where they finished 5-7 but had three losses that on paper likely should have been wins in FCS Howard, BYU, and in-state rival Nevada–a win in any of those three would have meant a bowl bid.

Biggest Shoes to Fill: WR Devonte Boyd set a school record with 14 career 100-yard receiving games. The Rebels’ passing game was lacking in 2017 but Boyd made the best of his opportunities where he managed 34 catches for 612 yards and three scores. He was signed by the NFL’s Cincinnati Bengals as a college free agent and per sources has a good chance to make the team.

Key Player: RB Lexington Thomas in the Rebels switch to a more running attack was a key beneficiary to the change. The now-senior was named to the All-MWC first team after 1,336 yards and 17 touchdowns. The Rebels will need him to produce again, along with help from his signal caller in sophomore Armani Rogers, who is more of a running quarterback.

Fearless Prediction: UNLV will again improve on both sides of the ball and should make its first bowl game since the 2013 season. The schedule helps the Rebels as it avoids three of the top MWC Mountain division heavy weights in Boise State, Colorado State, and Wyoming.