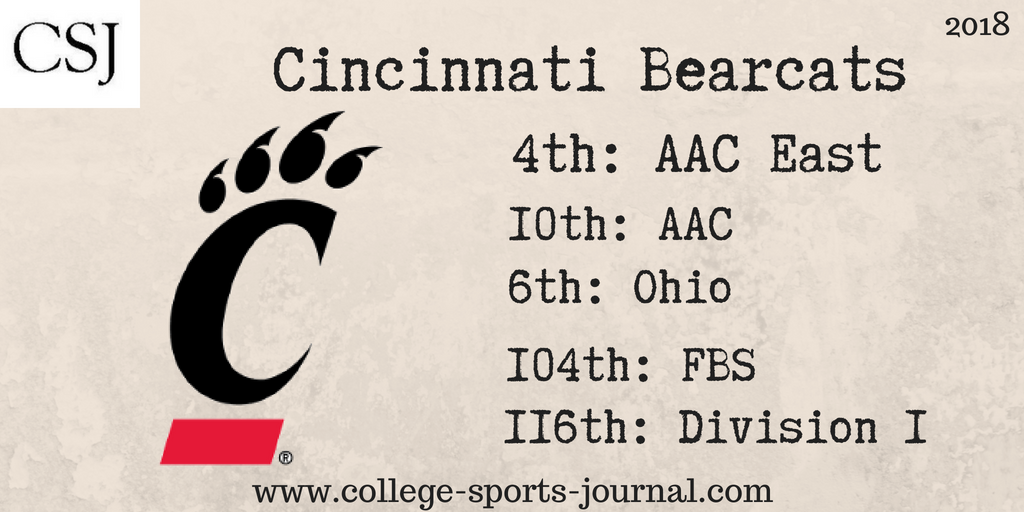 2017 In A Sentence: The Luke Fickell era got off to a rough start in 2017 as he came to Cincinnati with a ton of hype and expectation but the reality at hand was he is playing with the same team that went 4-8 in 2016 and finished with the same record.

Biggest Shoes to Fill: OT Korey Cunningham was named last season to the All-AAC second team last year. He closed his career out starting 24-straight games at left tackle and anchored an offensive line that gave up nine less sacks than it did in 2016. He was selected in the 7th round of the NFL Draft by the Arizona Cardinals.

Key Player: QB Hayden Moore was up and down last year but overall, posted decent numbers. The now-senior passed for over 2,500 yards and threw 20 touchdowns with nine interceptions. He hopes to lead a offense to better results as UC finished last in the AAC in scoring, last in yards per completion, last in first downs, and last in total offense.

Fearless Prediction: Coach Fickell has put together a very good recruiting class but not many from that class will see the field this year. The team will improve but likely will take another year of tooling in this regime to see the results on the field. This team will improve this year but likely not by too much yet.