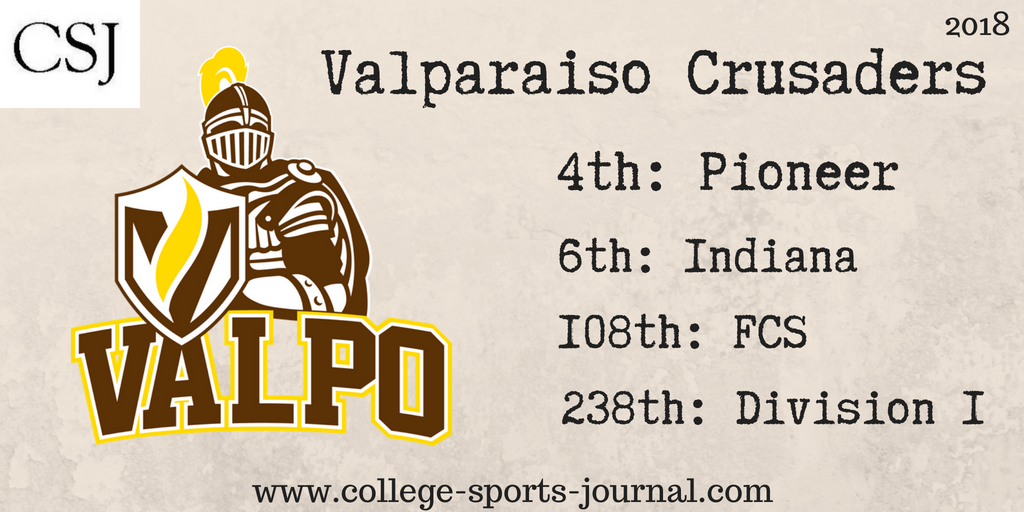 Biggest Shoes to Fill: It was a storybook ending to the career of RB Jarrett Morgan: after the Crusaders scored a touchdown against Dayton with under a minute left in the season, Cecchini called Morgan’s number and asked him to put Valpo on the map. Morgan got in the end zone and scored the final points of the game to secure the 8-7 victory and the winning campaign. Valpo will need more performances like that to improve in PFL play next year.

Key Player: With Cecchini’s dynamic multi-targeted offense, Valpo will go as far as the defense will carry them, and the development of LB Nick Turner will be a big part of that. Last season, he notched 101 tackles, 8 of them tackles for loss.

Fearless Prediction: Ceccini’s performance for his Crusader team got him a well-earned contract extension and a chance to expand on his performance in 2018. Can he get Valpo to make yet another step, this time towards the PFL title?