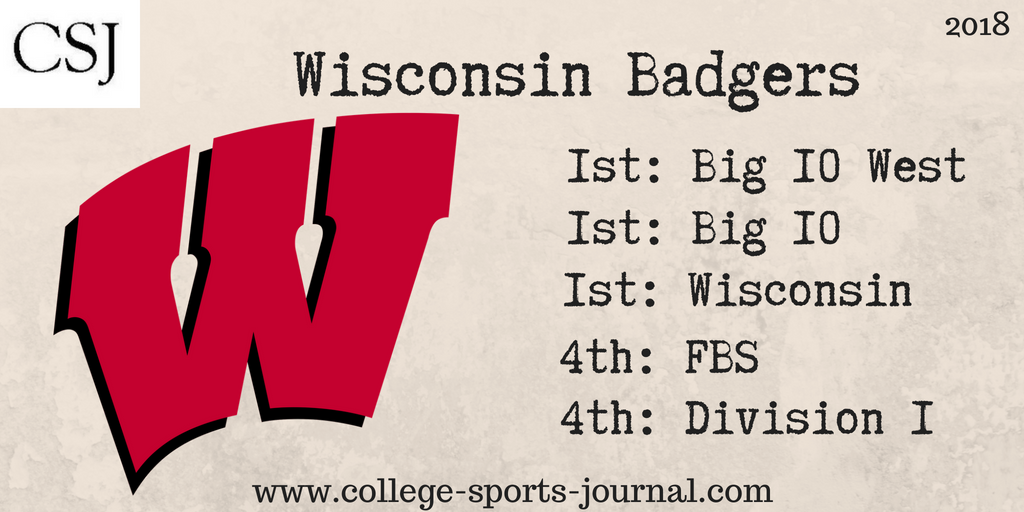 2017 In A Sentence: Another great season for the Badgers, where they won a school-record 14 games including the Orange Bowl, where they beat Miami 34-24. Coming up one drive short against Ohio State to prevent them from getting to the CFP, though, really stings.

Biggest Shoes to Fill: The Badgers didn’t really have one senior that they relied on more than another – they had a bunch of them that, as a team, worked together extremely well. Of that group, CB Nick Nelson perhaps had the biggest impact – setting a school record in pass break-ups with 21. He was drafted in the 4th round of the NFL Draft by the Oakland Raiders. Key Player: Wisconsin is a team that doesn’t shoot itself in the foot very often, and the play of RB Jonathan Taylor as a freshman last year was a key part of that effectiveness on offense. Breaking the freahman rushing record set by Adrian Peterson with nearly 2,000 yards on 299 carries, Badger fans are eager to see this stud continue to develop.

Fearless Prediction: Can they do it again? With Ohio State’s offseason troubles and the graduation of Saquon Barkley, the way seems wide open for Wisconsin to not only win the Big Ten but to make a run at the CFP, too. But there’s a lot to replace on defense. Will it gel together by Big Ten play?