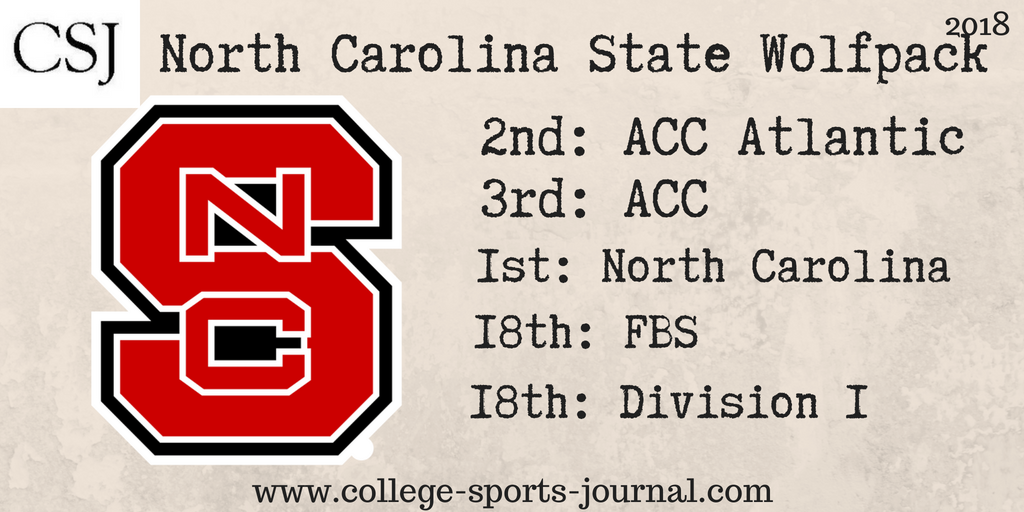 2017 In a Sentence: NC State quietly had a good season in 2017. The Wolfpack won 9 games, including wins over ranked opponents Florida State and Louisville culminating in a 52-31 win over Arizona State in the Holiday Bowl.

Biggest Shoes to Fill: It seemed like DE Bradley Chubb was in the opposing backfield on every play for NC State on defense. Chubb had an incredible 26 tackles for loss and 10 quarterback sacks. Chubb was first team all ACC and first team All American and won the Bronko Nagurski and Ted Hendricks awards. The Denver Broncos made Chubb the 5th overall pick in the 2018 NFL draft.

Key Player: QB Ryan Finley may be the best quarterback in the ACC. In 2017 he threw for 3518 yards with 17 touchdowns and only 6 interceptions. He is a smart quarterback and puts the ball in places where only his receiver can catch the ball. Finley doesn’t add a lot to the run game but he can keep the chains moving once or twice a game if he has to. With Finley at the helm, NC State should have a very effective offense in 2018.

Fearless Prediction: The Wolfpack will look to quietly remain in the top third of the ACC and compete for a major bowl invitation. The offense is there, will the defense be able to support them?