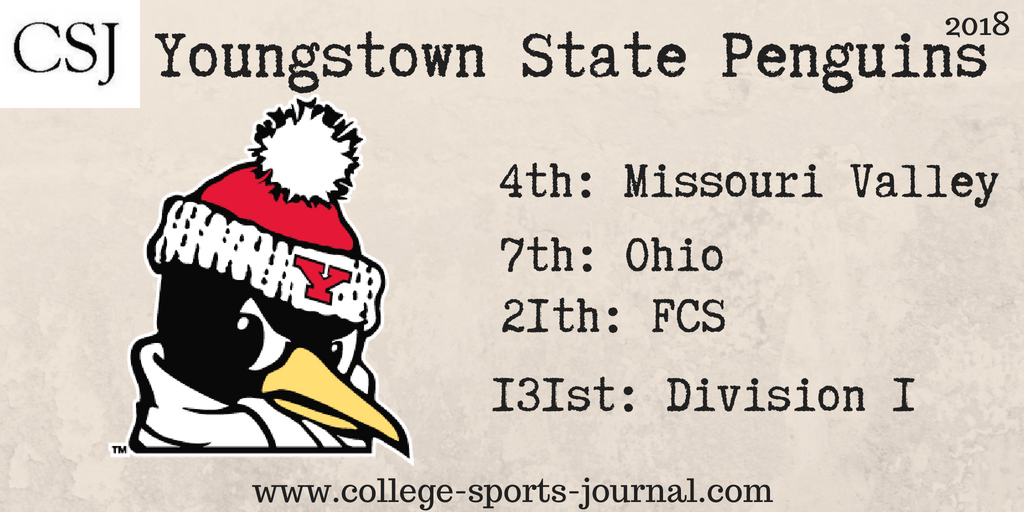 2017 In A Sentence: Youngstown State won its final three games to end the 2017 campaign to salvage a winning season at 6-5 overall record–but was a disappointment from the year prior when it finished as the national runner-up after losing the national title game to James Madison.

Biggest Shoes to Fill: OT Justin Spencer started all 50 games on the offensive line during his career. He was a three-time All-MVFC selection. While senior center Vitas Hrynkiewicz and senior guard Gavin Wiggins are back, missing the left side protection will be a big hole to fill.

Key Player: RB Tevin McCaster rushed for 1,066 yards on 221 carries and scored 13 touchdowns. He was named first-team All-Missouri Valley Football Conference for his efforts. In the past two seasons, McCaster has scored 24 touchdowns in 27 games played.

Fearless Prediction: The Penguins lost five games and four of them were decided by five points or less. This means the team couldn’t find ways to win like it could in 2016. This team has a number of talents plays despite having just 10 total starters back. The key for the team is to win its share of the close games. If the Penguins can do that, they will see another playoff berth.