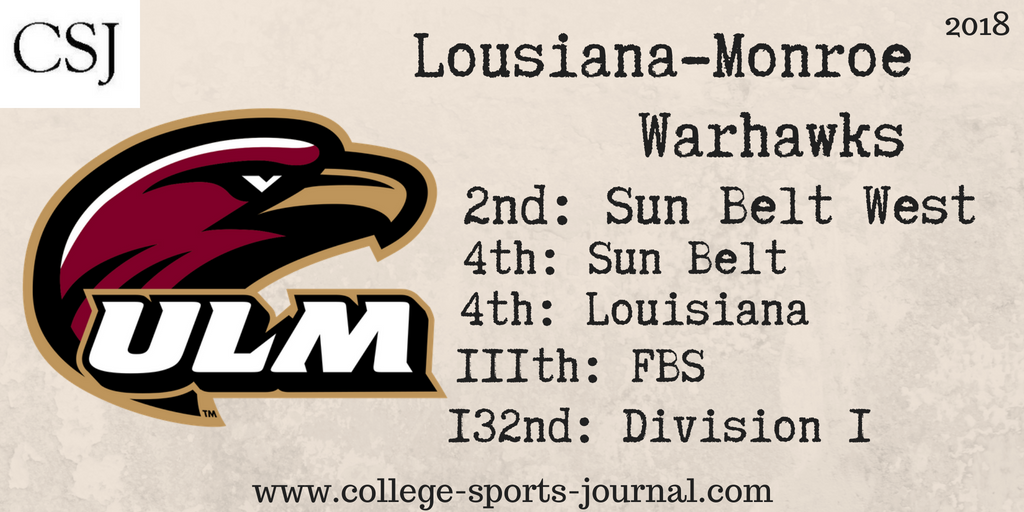 2017 In A Sentence: The Warhawks had no trouble scoring (averaged just short of 34 points per game and scored over 50 a school record four times) but the problem was stopping the opposition (defense gave up 41 points per game) to lead to a 4-8 overall mark.

Key Player: QB Caleb Evans is one of the nation’s most exciting offensive play-makers. The now-junior finished completing 61% of his passes for 2,868 yards and 17 scores with just six picks, and ran for 579 yards and 13 touchdowns. He will throw to a talented receiving corps, led by All-America all-purpose performer Marcus Green (54 catches, 812 yards, five TDs) and R.J. Turner (38 catches, 693 yards).

Fearless Prediction: The Warhawk offense should an exciting brand of football and will score a lot of points again. The question will be if the defense can turn things around and at least slowdown the opposition. If that can happen, ULM very well could go to a bowl game for the first time since 2012.