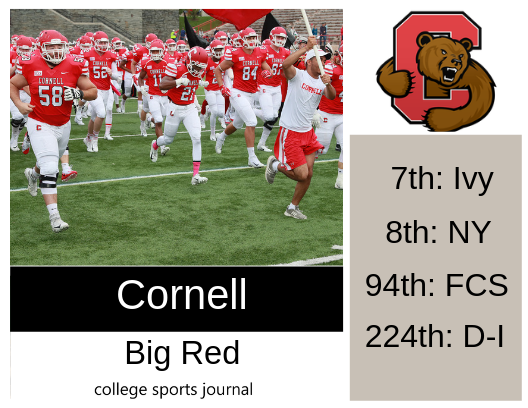 2018 In A Sentence: After a trip to Brown and securing a 3-3 record, things were looking bright for the Big Red to finally get back to .500 on the season. Then Cornell fell 66-0 to Princeton, and David Archer‘s team would then drop their next three games to fall into the cellar of the Ivy League.

Biggest Shoes to Fill: QB Dalton Banks was the Big Red’s second-leading rusher (225 yards, 2 rushing TDs) and leading passer (1,654 yards, 9 TD passes). He was a huge part of the Cornell offense, and he’s played his last game in a Big Red uniform. 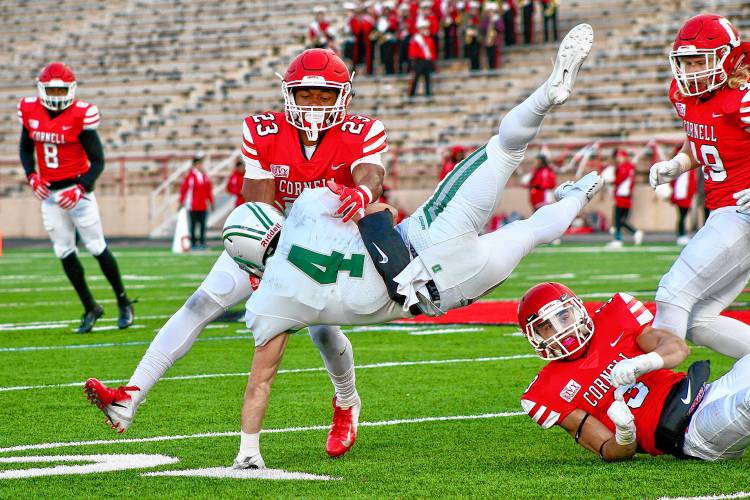 Key Player: DB Jelani Taylor was the best player on Cornell’s defense. He led the Big Red in tackles (72) and passes defended (9), and could be in line to lead the defense. He could be an NFL prospect with a strong senior campaign.

Fearless Prediction: The good news is that Cornell has a lot of seniors returning, especially in the trenches. That might be good enough to carve out another win or two, but Cornell’s needs a new starting quarterback to blossom into a star if the Big Red is to hope to get to .500.