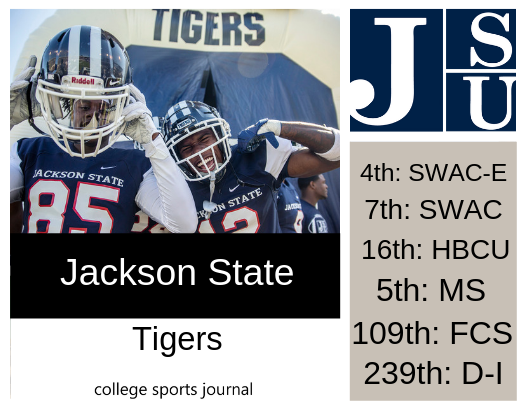 2018 In A Sentence: Assistant coach John Hendrick was thrust into the head coaching position on an interim basis after Tony Hughes was let go after a 41-7 drubbing by Southern. After guiding the Tigers to a 2-1 record (5-5 overall) with wins against Prairie View and Alabama State, Hughes was invited to become the full-time head football coach to the delight of his players.

Biggest Shoes to Fill: DE Malik Hamner notched 64 tackles and 1 sack on his way to becoming an All-SWAC team member last year. The Tuscaloosa, Alabama native signed with the Jacksonville Jaguars this offseason. 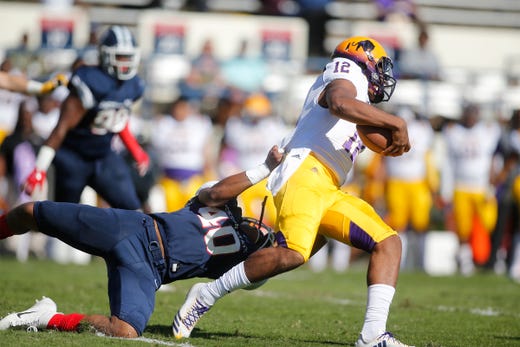 Key Player: LB Keontre Hampton was one of the fab freshmen that helped Hendrick get those two wins to get the Tigers back to .500. His 83 tackles and 10 1/2 tackles for loss were just a taste of what this West Point, Mississippi native can bring Jackson State in upcoming years.

Fearless Prediction: Hendrick inherits a young Jackson State team that was just starting to put things together last season, but the Tigers start the season off with a brutal stretch of Bethune-Cookman in the MEAC/SWAC Challenge, FBS South Alabama, Tennessee State in the Southern Heritage Classic, followed by a game against D-II Kentucky State in the Circle City Classic. By the time they make it back for their home opener against Grambling, they could be 1-3 or 0-4. If Jackson State is to contend, they’ll need to go 3-2 or better in all of these games, and it doesn’t seem likely.